For the world to reach net zero emissions, huge fields of solar panels and towering wind turbines will need to cover vast tracts of the Earth. In much of the world, that means building in places where Indigenous people live and have rights to the land.

That’s the case in Australia, where development has sometimes been undertaken without the support from local communities. Mining for iron-ore and minerals has helped make the rest of Australia rich, while Aboriginal communities are often some of the poorest in the country.

But a new proposal to build one of the largest renewable energy projects in the world has set out to change that dynamic—putting forward what it calls a “new model” for the way companies partner with Aboriginal people.

The $75 billion Western Green Energy Hub (WGEH), announced on Tuesday, will be built across an area larger than Connecticut on the traditional lands of the Aboriginal Mirning People—which cover a rainbow-shaped stretch of coastal South Australia and Western Australia. The Mirning People will have a share in the project’s profits and a permanent board seat for the consortium that runs the project. The consortium says that it will develop the project with “complete respect for the Mirning community and its heritage in the area.”

This graphic shows the location of the proposed Western Green Energy Hub, which is set to include wind and solar farms that will occupy an area the size of Connecticut.
Courtesy InterContinental Energy

Advocates say they’re encouraged by what’s been announced so far, though they caution that it is still early in the process, and more details need to be released about exactly how the partnership will function.

The WGEH, which is being developed by Hong Kong-based InterContinental Energy, renewable energy developer CWP Global and the corporation that manages the Mirning People’s lands, will convert wind and solar energy into green fuels and could have a generating capacity of up to 50 gigawatts. By comparison, the entire U.S. is slated to add 27.6 gigawatts of wind and solar capacity in 2021.

READ MORE: Australia’s Wildfires and Climate Change Are Making One Another Worse in a Vicious, Devastating Circle

Although many mining companies say they partner with Aboriginal people—and provide things like training and jobs—WGEH’s proposal stands out for its promise to involve Aboriginal people in the governance and ownership of the project.

Aboriginal people have inhabited Australia for more than 65,000 years. For many, a deep connection to the land is central to their spiritual identity. But, following colonization, it was not until 1993 that Australia passed legislation that granted all Aboriginal people the ability to claim rights to land that they traditionally occupied.

That legal framework, Native Title, gives Aboriginal people varying rights to live or hunt on the land. In some cases, native title can grant exclusive rights to the land, but it is not the same as ownership. Today, more than 30% of Australia’s landmass is under Native Title.

Despite this, existing laws governing mining and energy development on this land puts Aboriginal people at a disadvantage, says James Fitzgerald, legal counsel at the Australasian Centre for Corporate Responsibility.

Aboriginal people don’t have the right to veto mining project developments proposed on their land (though some states offer more protections than others). Developers are only required to negotiate “in good faith” for six months to try to reach an agreement with the community. Even if they don’t agree, projects can proceed. In some cases, Native Title holders can enter voluntary agreements with project developers—which can include millions of dollars in compensation.

Aboriginal people have little recourse to stop a project they disagree with. The Native Title Tribunal—which rules on disputes between companies and Native Title holders—has sided with Native Title holders in just three of 129 cases, according to researchers at the Australian National University (ANU).

Most agreements between companies and local communities are kept confidential, but ANU emeritus professor Jon Altman says the relationship between traditional land owners can range from “highly problematic” when they oppose a development to “reasonable” when an equitable compensation agreement is negotiated—but he has seen few equitable agreements over the last few decades.

Major conflicts have resulted from the power imbalance. In May 2020 mining giant Rio Tinto blew up a 46,000-year-old sacred heritage site in Juukan Gorge in the Pilbara region of Western Australia. The public outrage that ensued led to the resignation of the company’s CEO and a parliamentary inquiry.

Aboriginal people in the Pilbara have also called for the iron ore company Fortescue Metals Group to be prosecuted over an alleged breach of a heritage protection law in February. Fortescue apologized for the incident, which saw the company conduct land clearing on a cultural heritage site without the presence of elders from the Eastern Guruma People to observe and salvage artifacts.

Aboriginal people may have even fewer rights for large-scale renewable energy projects—which didn’t exist when land use laws were drafted. Components of major renewable projects may fall under parts of the existing law, providing limited consultation rights to affected Native Title holders, but a right to negotiate may not be applicable, says Fitzgerald.

READ MORE: How George Floyd Is Sparking New Awareness in Australia of Aboriginal Deaths in Custody

As concerns about climate change have grown in recent years, there has been an increasing focus on renewable energy generation. Clean energy advocates say that its vast land, sun and wind resources could make Australia a renewable energy superpower.

Several mega-size renewable energy projects have been proposed recently, some by people linked to past mining projects. Andrew “Twiggy” Forrest, the founder and chairman of Fortescue, has announced plans for more than 100 gigawatts of green hydrogen projects around the world, including 40 gigawatts in Australia. Green hydrogen is produced with renewable energy sources like solar and wind power, or hydroelectricity.

Forrest and tech billionaire Mike Cannon-Brookes have invested in the Sun Cable, an ambitious plan to construct one of the world’s largest solar farms in Australia’s Northern Territory, which would send power to Southeast Asia via an undersea cable.

Advocates say they’d like to see the transition to renewables bring about a new way of doing business. Although the WGEH is in the early stages of development, it may provide a roadmap for how to do that.

A protester holds a sign dictating against mining rights in Australia during the protest. On the 26th of January, many Australians celebrate Australia day, but to many indigenous Australian people, it is a day synonymous with decades of systematic abuse and genocide. Several thousand protesters took the streets in Brisbane (known as Meanjin by local indigenous people) to rally for sovereignty rights and date changes.
Joshua Prieto–SOPA Images/LightRocket/Getty Images

READ MORE: How the World Will Look in 2050 if We Don’t Tackle Climate Change

“There’s hope… that this break from the mining culture is an opportunity to engage with renewable energy proponents who are prepared to take a 21st century view of Aboriginal people and their interests,” says Fitzgerald. The WGEH “prima facie looks like a terrific model,” he says. But he adds that details about the nature of the ownership stake, the board seat and the commercial terms will be important to understand.

“The most important thing is that the Mirning People, properly informed, are satisfied,” he says. “But, as in determining any deal, what you should look at is what is being offered by the Native Title parties and what they get in return.”

Altman, of ANU, says that more details are necessary to assess the project, but that what’s been announced so far appears to be unique—at least in Australia. In places like Canada, Indigenous people have increasingly pushed for ownership in energy projects.

Trevor Naley, the Mirning board member of WGEH and the chairman of the Mirning Traditional Lands Aboriginal Corporation, which manages the Mining People’s lands, said in a statement that the Mirning People are excited by the project.

“This partnership through robust governance and a seat at the table for Mirning People will provide opportunities never before available to Indigenous Corporations,” he said. “This representation alongside sustainable financial and substantial social benefits will provide security for future generations.” 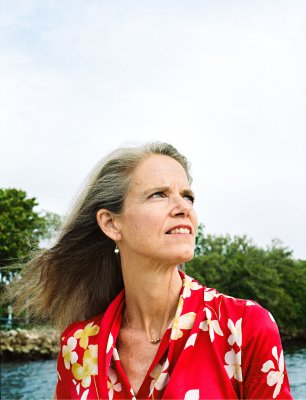 City Heat is Worse if You’re Not Rich or White. The World’s First Heat Officer Wants to Change That
Next Up: Editor's Pick