When President Joe Biden took the stage in Philadelphia on Tuesday, he did what voting rights advocates have been urging for months: take aim at Republican-led legislatures that have been tightening voting restrictions throughout the country.

Speaking at Philadelphia’s National Constitution Center, Biden decried these efforts as “the most significant test to our democracy since the Civil War.” “I’m not saying this to alarm you,” he said. “I’m saying this because you should be alarmed.” He highlighted the actions his administration has taken, like the lawsuit the Department of Justice filed a lawsuit in June alleging Georgia’s new restrictive voting law violates Section 2 of the Voting Rights Act.

But the speech hardly marked a victory for Democrats. As of June 21st, 17 states had enacted 28 news laws in 2021 restricting the right to vote, according to the non-partisan Brennan Center for Justice, the highest number in a decade. And the Administration is restrained both judicially and legislatively. Voting rights lawyers have acknowledged litigation is an uphill battle, particularly in a federal court system that President Donald Trump stocked with conservative judges. And Republicans blocked the Democrats’ major voting reform bill from moving forward in the Senate.

With those paths looking more difficult, Democrats are trying to organize and educate voters about how to cast their ballots within the new restrictions. “Voters need to know the changes in the law and understand that just because they did the same thing last time, doesn’t mean they have to do the same thing this time,” says Reyna Walters-Morgan, the Democratic National Committee’s director of civic engagement and voter protection. “This is going to be a continuous effort and an ongoing effort.”

The party establishment believes pouring money into voter education efforts is the most realistic way to combat the laws that could prove disastrous for Democrats in the upcoming midterm elections. On Tuesday, Biden emphasized the need for participation in pushing back against these laws. In 2022, he said, the party will engage in an “all-out effort to educate voters about the changing laws, register them to vote, and then get the vote out.”

But Democratic voting reform advocates are skeptical the strategy will be enough to mitigate the effects of the bills. “It’s better than nothing,” Nse Ufot, chief executive officer of the New Georgia Project, says of the voter education initiatives. “You stab me in the back with a 12-inch blade, I guess if you pull it out six inches, it’s an improvement. You still have six inches of my blade in my back, though.”

In a year of record fundraising figures, the Democratic Party is spending millions of dollars to counter these laws through grassroots voter education initiatives.

Democratic political committees have invested a collective $55 million into these programs this year, which they say is the most they’ve ever spent on voter protection initiatives this early in the process. The Democratic National Committee has already announced it will spend $45 million on the effort, the Democratic Senatorial Campaign Committee (DSCC) pledged $10 million, and the Democratic Congressional Campaign Committee (DCCC) is slated to follow suit with its own seven-figure program this fall. These committees say these are just initial investments, and more money is on the way.

All of these programs share the overarching objective of educating voters about the new state laws so they’ll know how to cast ballots in the next election. The money will fund voter registration efforts, television and digital advertising, and data analytics to identify people impacted by policies like voter roll purges. Some of the money is also reserved for litigation.

Outside groups are underwriting similar efforts. The Democratic Super PAC Priorities USA has announced an initial $20 million effort, with the money largely funding digital advertisements teaching voters about these new laws. “It’s important we lead the charge on letting folks know we have to start on this early because the GOP is not going to let up,” says Aneesa S. McMillan, Deputy Executive Director of Priorities USA. “We’ve got to make sure we are approaching this from different angles in terms of how we protect the right to vote.”

These investments are still in the early stages. The DCCC has yet to announce its program, and the DSCC and Priorities USA have not announced their funding allocations.

But efforts are already underway at the state level. In Georgia, for example, the Republican Governor signed a bill in March 2021 that would require voters who don’t have a driver’s license or a state ID to submit a different form of verification to vote absentee, like a bank statement or a utility bill. The Democratic state party has since launched a voter education campaign that includes working with local Democratic committees to determine how to obtain the acceptable types of identification in each of Georgia’s 159 counties. The party has also been circulating a document to local committees comparing the new restrictions with the old requirements to make sure the local party infrastructure has a detailed understanding of the new law.

Typically, these types of programs are rolled out several months before a midterm election. But the efforts in state legislatures moved up that timeline. Some Democrats believe that if they get on the ground early enough, their grassroots organizing and advertisements can maximize voter turnout—even if the restrictive laws stay on the books.

But voting rights advocates say funding these types of programs is a poor substitute for true reform. They argue Biden should put the full weight of his presidency behind the For the People Act, which would strengthen voting rights and overhaul the redistricting and campaign finance systems. In his speech on Tuesday, Biden emphasized that he would eagerly sign the bill if it got to his desk. “I will sign it and want the whole world to see it,” he said. “That will be an important moment.”

What he didn’t offer was a strategy for getting the bill to his desk. It is unlikely to garner the bipartisan 60 votes in the Senate required to overcome a filibuster, and progressive Democrats don’t have enough votes to reform the filibuster to allow it to pass with a simple majority. The White House has repeatedly made clear that they will leave reform in the legislative lane, and Biden did not mention filibuster reform in his remarks.

“It’s laughable that would be the response,” says Ezra Levin, co-executive director of the progressive group Indivisible, who has been an outspoken critic of the Biden Administration on voting rights. “We need federal legislation.” 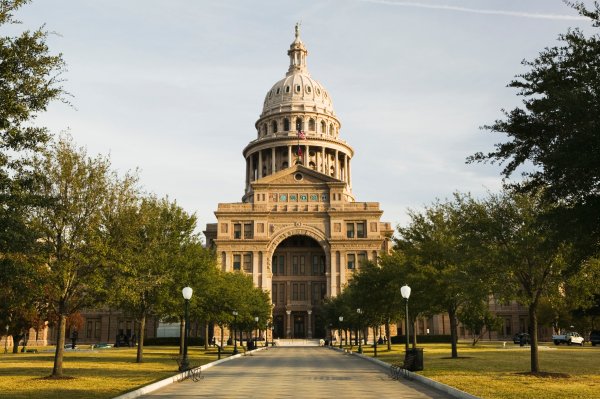