China’s Didi Crackdown Isn’t All That Different From U.S. Moves Against Big Tech

The Didi ride-hailing app on a smartphone arranged in Beijing, China, on Monday, July 5, 2021. China expanded its latest crackdown on the technology industry beyond Didi to include two other companies that recently listed in New York, dealing a blow to global investors while tightening the governments grip on sensitive online data.
Yan Cong/Bloomberg
Ideas
By Zachary Karabell
Karabell is an author, investor, and commentator. His forthcoming book is Inside Money: Brown Brothers Harriman and the American Way of Power.

It was supposed to be one of the hottest IPOs of the year, the listing of the most dominant ride-hailing service in China, Didi Global. More dominant than Uber, Didi commands almost 90% of the Chinese market, and with its attendant services like bicycle rentals and a growing business in autonomous vehicles and artificial intelligence. And then it all went terribly wrong.

Barely two days after the stock made its U.S. debut, raising more than $4 billion with a market cap well approaching $100 billion after its debut, Chinese government regulators announced a sweeping enforcement against the company for how it has been using—or potentially misusing—customer data. Like Uber, Didi collects vast troves of information that can be used to market other products to its users, and months before the IPO, the company had been the target of regulatory scrutiny in Beijing. The scrutiny intensified when Didi elected to list its shares in the U.S. In the eyes of the Chinese government, that raised the possibility that Didi would then share its precious domestic data with U.S. counterparties. The risk was simply too great for Chinese regulators.

The timing of the enforcement action, followed by an order that Chinese app stores remove Didi until the issues are resolved, not only sent the stock price plunging but also added to a growing chorus that the Chinese government has embarked on an aggressive attempt to curtail its mega-technology companies after years of cheering and cultivating their success.

It’s been tempting for American and foreign commentators to cast these moves as proof that the Chinese government and its ruling Communist Party are determined to take control of the widely successful but mostly private tech sector as part of the overall strategy to centralize power and remove any possible competitors, and, ultimately, to force its domestic companies to detach from American markets. Voicing sentiments that have been widely shared, Anthony Scaramucci called Beijing’s action “a direct assault on global capitalism.”

Yet, as tempting as it is to see these steps as part of a concerted effort by the Chinese government to wage a tech cold war against the U.S., that may be the wrong lens. Over the past decade, the pendulum has swung heavily towards private tech companies. In many ways, Beijing has been a regulatory laggard and its attempts to reign in the power of its big tech companies is not dissimilar to moves now being contemplated both in Washington and at the state level against U.S. tech companies.

It isn’t just Didi. In fact, the crackdown on Didi is just the latest in a flurry of major actions taken against China’s tech champions, following the government’s order that Ant Financial, a spin-off of Alibaba (which itself has been the Amazon and JP Morgan of China rolled into one), halt its plans to go public. Jack Ma, the most high-profile of China’s tech leaders, was essentially told to shut up or be shut up. And the actions against Didi weren’t limited to that company; the government also announced sweeping reviews of multiple other companies, ranging from data security to market dominance.

It’s undoubtedly true that after years of lax regulation, Beijing is sending a signal to its tech champions: no matter how big you are, how successful you are, how much your founders are lauded and how much money you rake in, the government, not the private sector, is the ultimate authority and retains ultimate control. But that is after years of benign neglect during which multiple companies evolved into powerful fiefdoms. It is widely believed that what initially led to the government backlash against the seemingly untouchable Jack Ma was a speech he gave just before Ant was supposed to go public in which he lambasted government regulators as inept and behind the times. He therefore broke the cardinal rule that he had long honored: you can get rich and famous and powerful as a private entrepreneur in China but you can never publicly second guess the Party, and certainly not with Xi in charge.

And yet, until then, Chinese regulators had been largely content to let domestic tech companies do their thing. Yes, the government made it almost impossible for foreign competitors such as Google and Facebook to function in China. And yes, in the realms of artificial intelligence and telecommunications, it had also erected high barriers to entry of non-Chinese companies. The U.S. and the EU, for their part, also made it extremely difficult for Chinese telecom companies to function in their markets, with the U.S. escalation case against Chinese company Huawei—one of the world most significant manufacturers of equipment for next generation (5G) equipment—being the prime example.

What’s more, the recent moves by Beijing regulators are not, in substance, radically different from equally aggressive measures contemplated by the E.U.’s antitrust commission or by a newly empowered Federal Trade Commission now headed by the passionate antitrust, anti-Big Tech Lina Khan or by nearly every state attorney general in the U.S. who have joined several different suits against Google, Facebook and Amazon designed to curtail or even break them up. President Biden will sign a new executive order promising to further crackdown on American tech companies.

The difference is largely one of speed. In the United States, Lina Khan may, as her many articles and her work for various congressional committees demonstrate, want to expand and redefine anti-trust laws for the 21st century tech companies and wish to significantly limit how these companies use consumer data. State AGs may wish to do the same. But all are constrained by a clunky and complicated legal and legislative system that makes any such enforcement a multi-year affair with uncertain outcomes. Senators such as Elizabeth Warren and Josh Hawley can endlessly call for Big Tech but they cannot then actually do much in real time to break up those companies. Lina Khan as head of the FTC or the Justice Department antitrust division can initiate action against Facebook, but unlike their Chinese counterparts, they cannot detain Mark Zuckerberg for vague, sweeping and largely unspecified violations.

Chinese regulators are bound by far less. They do not, as U.S. regulators must, have to go through webs of procedures, liable to be checked at all turns by judicial appeals and intensive lobbying. They do not, as U.S. legislators must, have to go through labyrinthine processes and committees that will report new bills and proposed regulations that even if passed will then be challenged in the courts, a process that is measured in years.

Make no mistake: governments do not like it when companies become too big not just to fail but big enough to challenge the authority of the state. Google and Amazon and Apple and Facebook cannot exercise force to exert market dominance, but they have a role in shaping the commons every bit as substantial as most governments, and their unaccountable power—except to the marketplace and shareholders—is not easily acceptable to governments. State and federal authorities in the U.S. are no less determined than Beijing (or Brussels) to establish predominance, in part in the name of protecting American citizens from corporate overreach but in part to maintain government as the arbiter of last resort that determines the rules of commercial engagement. Barry Lynn of Open Markets that brought Khan to prominence, says that unless government does something radical and soon, “Our democracy is over, it’s done with.”

To see the moves against Chinese tech companies through the lens of the increasing animosity between the U.S. and China or as a peculiar manifestation of a power hungry XI Jinping and his Communist Party is to miss the more prosaic power struggle that is embroiling most societies, between powerful tech companies and established governments that are not prepared to cede control to private actors that often arrogantly claim they serve a higher calling and are beyond the reach of the state.

This contest is by no means settled. Chinese tech companies are already too powerful for the state to simply quash. The government can force Jack Ma and his cohort to recede from the spotlight; it can tell app stores not to list Didi for a while. But it can’t destroy Alibaba and Ant and Didi without massive societal disruptions that will erode the legitimacy of the party. American regulators and legislatures similarly face considerable hurdles in how they tame Big Tech or even make those companies more publicly accountable.

It would be best, of course, if both tech companies there and here and government everywhere recognize that they have to work together for the common good rather than fighting interminable turf wars. That would mean less turf war over who has the last word and more collaboration about data rights, consumer rights, and who benefits financially. There’s little sign that will happen anytime soon, which means that we are entering a time when the real Cold War will not be between the U.S. and China, but between governments and Big Tech, one with no clear winners and years of tension. And in the meantime, Chinese consumers will keep using Didi to hail rides and Alibaba to buy stuff, while Americans complain about Facebook while messaging each other from their Ubers. 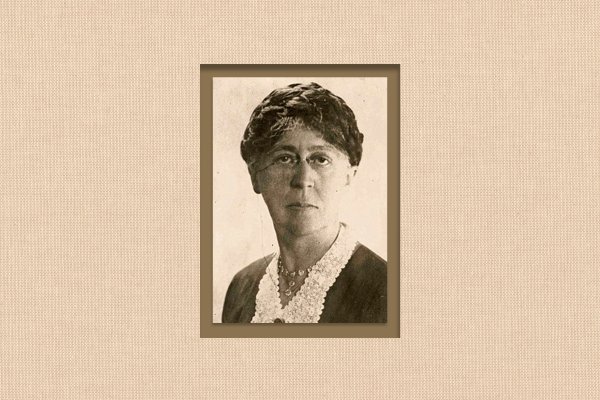 A New Way to Think About Power at Work
Next Up: Editor's Pick