Japan Has a Plan to Protect the Olympics From COVID-19. But Can It Protect Itself From the Olympics?

The International Olympic Committee (IOC) has insisted that the Olympics, which begin in two weeks, will be “safe” from COVID-19. But a fresh surge of virus cases in Japan is casting doubt over just how safe the event will be—particularly for the Japanese people.

On Thursday, the Japanese government imposed a COVID-19 state of emergency on Tokyo just three weeks after lifting restrictions—as daily infections hit a two-month high. The order ensures the entire 2020 Tokyo Olympics will take place with the host city under emergency measures. Authorities also canceled an earlier plan to allow up to 10,000 Japanese spectators at events; athletes will compete in Tokyo without crowds.

Despite the latest COVID-19 countermeasures, and the safety precautions in place for the 60,000 athletes, coaches, journalists and others who will travel to Japan for the Games, health experts—who have been warning with increasing fervor for months about the risks—say that they’re concerned that the Olympics could be the catalyst for a major outbreak across the country.

“Medically speaking, I’m not very worried about the Games per se, particularly for athletes,” says Kentaro Iwata, an infectious disease expert at Japan’s Kobe University. “But it might create the atmosphere to spread the disease all over Japan.”

Concern over the virus remaining inside Olympic bubbles

Olympic organizers have created a playbook of guidelines for those traveling to Japan for the Games, relying on frequent testing, masking wearing, social-distancing measures and requirements to stick to isolation bubbles as much as possible.

IOC president Thomas Bach has assured athletes that they should travel to Tokyo with “full confidence” that the Games will be safe for them and that they will not jeopardize the health of the Japanese people. Bach was upbeat after landing in Tokyo Thursday, the same day the Japanese government announced the state of emergency. “What can I say? Finally we are here,” he said, at a virtual meeting which he attended from his hotel, while isolating. “I have been longing for this day for more than one year.”

International Olympic Committee president Thomas Bach waves to media as he arrives at an accommodation ahead of the delayed Tokyo Olympic Games in Tokyo, Japan on July 8, 2021.
Eugene Hoshiko—Pool/Getty Images

Iwata says the safety measures in place and the fact that athletes are young and healthy—meaning they are less vulnerable to the worst effects of the disease—reduces the COVID-19 risk to people associated with the Games. About 80% of Olympics visitors are also expected to be vaccinated.

But only around 15% of Japan’s population has been fully vaccinated, according to Our World in Data. And many of those are people over the age of 65, leaving younger adults susceptible to the virus.

Olympics-related events have already spread the virus among those helping to run the event. In May, eight people involved in the torch relay were infected with the virus.

Additionally, one of the first teams to arrive in Japan for the Games provided a worrying example of what may lie ahead. On June 19, a Ugandan coach tested positive when he arrived at the Tokyo airport, despite having two negative tests before his flight. Another member of the team tested positive later, leading the quarantine of the entire team—but not before the athletes met with local officials in the town where they were staying. (No local infections have been reported from the encounter.)

Hiroshi Nishiura, an epidemiologist from Kyoto University who is a member of the health ministry’s expert panel on the coronavirus, questions whether the safety measures will prevent cases from being brought into Japan, or stop cases from the community from infiltrating the Olympics COVID-19 bubbles. “It’s terrifying that we experts are still unsure how strict the travel bubbles will be,” he says.

Olympics could spread COVID-19 across Japan

Hitoshi Oshitani, the virologist who helped devise Japan’s COVID-19 strategy, has concerns about hosting tens of thousands of overseas visitors at a time when many countries are battling new surges of the virus. For example, Indonesia is facing its worst outbreak since the pandemic began—recording more than 30,000 new cases per day. A resurgence of COVID-19 in South Africa is driving record numbers of daily cases; almost 23,000 cases were reported on July 8.

He also worries about the risk of athletes from small Pacific island nations, many of which do not have strong health infrastructure and have kept COVID-19 at bay with strict border controls, spreading the virus when they get home. “It’s not definitely not good timing to have this kind of very, very huge global event,” Oshitani says.

But his biggest concern is that the Olympics will transmit the virus across Japan, as volunteers and staff travel to and from Tokyo—where cases are surging—to pull off the event.

Several events will be held outside of Tokyo, like the marathon races and soccer games, which will take place more than 500 miles north of the capital on the island of Hokkaido. Surfing—which will make its debut at this year’s Games—will be held at a break two hours from Tokyo.

So far, strict border controls have allowed Japan to avoid huge surges seen in places like the U.S. and Europe. The country of 126 million people has recorded about 812,000 coronavirus cases, and 15,000 deaths.

In announcing Tokyo’s fourth COVID-19 state of emergency, Prime Minister Yoshihide Suga said a major motivation was containing the spread of the more infectious Delta variant, which has been on the rise. The state of emergency includes a request for bars and restaurants to stop serving alcohol—in an effort to keep people from celebrating during the Games.

Experts say it will be difficult to convince Japanese people, who are tired of COVID-19 restrictions, to modify their behavior and stay at home during the summer holiday season, while the government plows ahead with plans to host tens of thousands of overseas visitors.

“Many people see this state of emergency as just for the sake of the Olympics,” says Oshitani, “and that is a big challenge for us.”

Many experts say that canceling or postponing the Games remains the safest option. And many Japanese agree. A poll of almost 1,500 people by the Asahi Shimbun newspaper on June 19-20 found that 62% supported another postponement or the cancellation of the Tokyo Olympics. 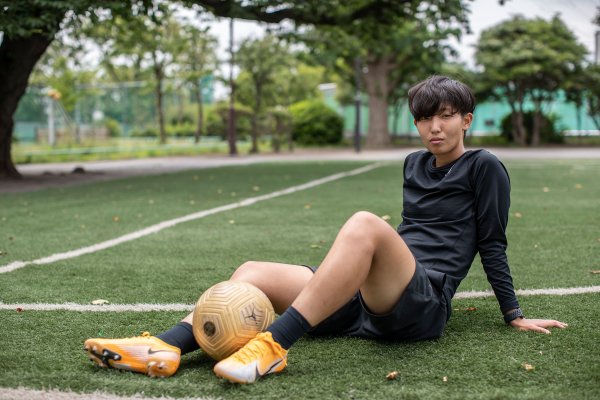 Olympics Fail to Spark LGBTQ Reforms in Japan
Next Up: Editor's Pick