"This Film Was My Chance to Correct History": Questlove on Summer of Soul and the Oscars

Ahmir “Questlove” Thompson prides himself on being a “music snob”: the Roots drummer has a near-encyclopedic knowledge of pop music history. So he was taken aback when two Hollywood producers came to tell him in 2019 that they had more than 40 unearthed hours of footage of an event called the 1969 Harlem Cultural Festival, with performances from Stevie Wonder, Nina Simone, Gladys Knight, Sly & the Family Stone and many more legendary acts. “Imagine how embarrassed I was to learn that 300,000 people in Harlem saw acts that I know like the back of my hand,” he says over a Zoom call.

Questlove spent months with the tapes, and then interspersed clips with interviews and other historical footage to create Summer of Soul, which is not just a concert film but a portrait of a transformative moment in America. In 1969, the United States was both in Vietnam and on the moon; the Civil Rights Movement was giving way to Black Power; musical acts were getting more and more outspoken on political issues. Summer of Soul touches on all of these themes while also allowing its incredible concert footage room to breathe; at its Sundance premiere this January, it won both the Grand Jury prize and the Audience Award. Before the film arrives in theaters and on Hulu on July 2, Questlove talked with TIME about his obsession with history, learning from Stevie Wonder’s drumming and serving as the music director of the 2021 Oscars. Here is an edited and condensed version of the conversation.

Summer of Soul, your documentary about the 1969 Harlem Cultural Festival, starts with an epic Stevie Wonder drum solo. As a drummer yourself, what have you taken from his work?

Only three drummers really speak to me in their cymbal work. Tony Williams, who drummed with Miles Davis, has a beautiful, violent use of them. John Bonham of Led Zeppelin: all of his cymbal work is like exclamations. And with Stevie Wonder, you hear his excitement in his cymbal and high-hat work, which is kind of weird to say, because the cymbals are like the condiments, not the burger. I wanted to start this film with something that just absolutely grabs you by the collar—and when I saw the Stevie Wonder footage, I knew that was it instantly. For starters, not many people know Stevie Wonder as a drummer, so it was a shocker.

How did you cull the 40 hours of concert footage to create a feature-length film?

I compiled a 24-hour loop on my hard drive and then kept it on in my living room, kitchen, bathroom, studio, office and at The Tonight Show for five months. I even kept it on when I was asleep, and if something startled me awake, I jotted it down.

In 2008, you said in an interview with the music journalist Nardwuar that “one of the single greatest things an artist can be is underestimated.” Did you bring that mentality into your directorial debut?

Of all the challenges I’ve ever had—I’ve taught at NYU, left the Roots’ Grateful Dead/Phish thing to do late night television, done Broadway, written books—what’s really weird is I had to take my own advice when doing this film. Because I was really nervous, and this is sort of the first time I got stopped in my tracks, like: “Wait a minute. Do I have the power and ability to do this?”

In my book Creative Quest, I talk about how creativity is transferable, and how the creative method of cooking can be applied to comedy writing, music composing, and also filmmaking. In the very beginning, when I didn’t even know how to build my story arc, the first thing I did was take my advice and do the process I do with records—by working backwards.

I had cousins one summer who went to see the Jacksons. The way they described seeing the Jacksons perform is they remembered the first 10 minutes—when the screen came on and they were levitating in the air and all these magic tricks and what not—and they also remembered the last 15 minutes. So I knew I wanted to find my ending and my beginning, and that at all the space in between would eventually be filled. So I started off with the Stevie Wonder drum solo, and I knew that Nina Simone was the perfect exclamation point.

Why do you think the Harlem Cultural Festival was buried in our collective memory for so long?

Black erasure is a real thing, and we’re just having the conversation about it now. Via the Harlem Cultural Festival, which even a music snob like me didn’t even know about. Even down to content creators on TikTok, and how easy it is for people not to be properly credited for their innovations. I definitely knew this film was much bigger than my directorial debut—that this film was my chance to correct history.

And that’s kind of what I’m all about. I’d rather break down how a song got made rather than just play a song and you dance to it. I’m always that guy that lives for director’s commentary or correct, factual Wikinotes.

What piece of history are you most excited to share with the world?

1969 was the year we planted the seeds of what we call “Black joy.” The idea of seeing ourselves in a beautiful light, learning to love ourselves. Because previously, all indications pointed to the self-hate we’ve been going through since the days of slavery and Jim Crow. That year, we embraced our blackness and coined the phrase “Black is beautiful.”

I was reading Prince’s autobiography as I was working on this film, and he wrote about how his father taking him to see Woodstock was his “come to Jesus” moment with music. The Woodstock film did more for our ideas of what we think the ’60s were than what they actually were. I wondered: What if a film like this was created and held in the same light? What could that have been for us? So for me, it was important to really deal with the issues of Black erasure, activism and be politically on point.

You’ve been collecting cultural knowledge and history for decades. Do you find your memory hard drive filling up?

It’s so funny you say that. For me, the real joy of this film was looking through the production notes: the backline, the types of microphones they used, because II was so gobsmacked with the sound quality. And then I realized that the more useless information I take in, the more I’m going to forget other things, like what my middle name is.

As one of the world’s foremost record collectors, what’s a recent acquisition you’re excited about?

There’s a story many people don’t know about when it comes to Sly and the Family Stone’s “Stand!” With that song, the highlight is the 45-second funk workout at the end of the song. But it initially had a really cheesy Las Vegas ending. Sly took a test pressing of that 45 to Whiskey-a-Go-Go one night and played it just to see what the kids reactions were, and he was kind of disappointed. At the last minute, Sly told Clive Davis to destroy the test pressings and then redid the ending.

But there were about maybe 10 to 20,000 copies of the Las Vegas ending of Stand that no one really truly knew about. Somehow, my pals at The Tonight Show found the Las Vegas ending, and I was just like, “You found it! Not even Sly had it!” I was elated.

But right now, I’m in a silly phase of record collecting. I’m really, really into bad cheesy covers of popular songs. Someone just gave me an elevator muzak version of trap songs.

You were the musical director of this year’s Oscars. Did you script that Glenn Close “Da Butt” moment?

People don’t believe me. We kind of dropped hints that something was going to happen, but we wanted a real genuine moment. We thought we were gonna stump her with “Da Butt.” But she kind of knows what’s up. So no, it was unscripted. 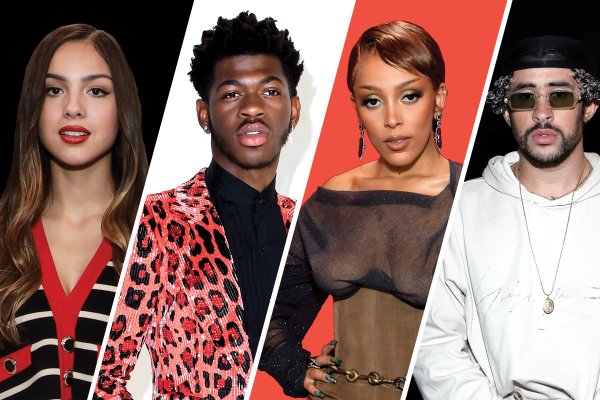