Texas Secession Is Not a New Idea

An illustration of the Texas State Flag waving over The Alamo, San Antonio. Engraving from "Harper's Weekly," 1861.
PHAS/UIG/Getty Images
By Lily Rothman

As Texas Republicans meet for their state convention this week, one item on the table would invalidate the very name of the meeting itself: after a run of local resolutions supporting the Texas independence, the party will vote on the question of Texas seceding from the Union.

The measure is unlikely to pass, but—if history is any indication—that’s not likely to put an end to the question. Secession has been a part of Texas history for longer than the state has even existed.

After all, the state got its start by leaving the nation that had controlled it, in a revolution against Mexico. The Texas Declaration of Independence was signed in 1836 and the Texas Republic ratified its own constitution shortly after. In 1837, the U.S. formally recognized Texas as a nation, but the new country struggled economically without any of the resources of its larger neighbors, leading most (but not all) residents to welcome statehood by the time it came through in 1845. Only a little more than a decade passed, however, before the state tried to secede from its national government again, joining with the Confederacy in 1861.

After the Civil War, in 1869, Texas was at the center of the Supreme Court ruling that determined that the states that seceded during the war never actually had the ability to leave the Union. In Texas v. White—a case that hinged on whether the federal government still had jurisdiction over Texas during the Civil War, in the period during which the state claimed to be part of a different nation—it was declared that the Confederate states were in rebellion against their rightful federal government, not a separate nation fighting its neighbor. (Hence, the “civil” in Civil War.)

“When, therefore, Texas became one of the United States, she entered into an indissoluble relation,” the decision stated. “The union between Texas and the other States was as complete, as perpetual, and as indissoluble as the union between the original States. There was no place for reconsideration, or revocation, except through revolution, or through consent of the States.”

So, even if every elected official in Texas declared that the state was not part of the U.S., that didn’t matter. Only an agreement by all of the other states—or victory in the Civil War—could have made that decision mean anything.

In the 1990s, Texas’ unique history was nearly cause for another violent conflict, when the “self-declared ‘ambassador, consul-general and chief foreign legal officer’ of the separatist Republic of Texas,” a man named Rick McLaren, led a week-long standoff against state authorities, as TIME reported. McLaren and his followers believed that when Texas became a state in 1845, that was really a hostile takeover of a separate sovereign nation, which meant that the Republic of Texas still existed.

The current push toward secession has been associated with a different group, the Texas Nationalist Movement.

MORE: The Man Who Would Be King…of Texas

Texas is far from the only state to make noise about its own secession in modern history. For example, the moment that TIME identified as “the first time since the Civil War Secession was publicly proposed in a State Legislature” came in Depression-saddled 1933, in North Dakota when an 83-year-old State Senator proposed that all the rest of the country secede from the financial oligarchs of New England, New York, New Jersey and Pennsylvania. “Be it resolved,” the proposal read, “that the remaining 39 States secede from the Union, carrying with us the Star-Spangled Banner and leaving them the Stripes which they richly deserved.” (That didn’t happen, obviously.)

And it’s not just states: New York City has many times talked about seceding from New York to become the 51st state, as the city’s residents often feel that the legislature in Albany doesn’t understand its needs.

Texas Republicans were expected to vote on the secession question on Friday. 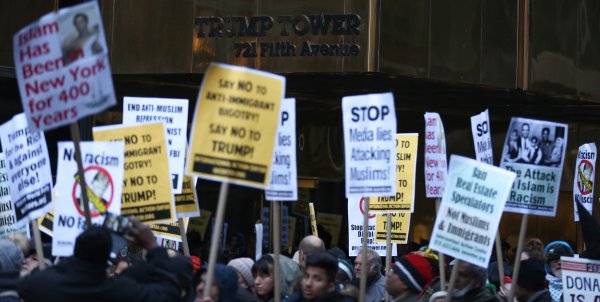