How Kids Perceive Racism in the U.S., According to a New Study by Sesame Workshop

The majority of U.S. children believe that people of different races are not treated fairly in their country, according to a new study releasing today by Sesame Workshop, the educational nonprofit behind Sesame Street.

The study was commissioned last summer by Sesame Workshop to gauge how children perceived and were affected by the national reckoning with structural racism following the murder of George Floyd. To collect the data, Sesame Workshop surveyed 147 families across 35 states with children from ages 6 to 11. The children were first asked general, open-ended questions about their hopes, fears and the world around them; they were able to respond using drawings, writing, photos or videos. The questions intentionally did not mention racism or protests so researchers were able to gauge how top of mind the issues were for the children. Then, parents and children both answered questions explicitly addressing race and racism.

The study was conducted in two rounds that took place in June 2020 and again in January 2021, to see how the kids’ views may have changed. In the second wave, parents reported that they felt more comfortable talking about race with their kids and that they believed their children had a deeper understanding of racism than they had in the first round.

“Children understand the concept of race and identity much earlier than we as parents think they do,” Tanya Haider, Sesame Workshop’s Chief Strategy Officer and EVP of Research and Ventures tells TIME. “They understand differences, they understand color. Children are enormously intuitive and perceptive, and they also pick up that people react differently to those differences.”

The report comes as part of Sesame Workshop’s new push to more directly address race and racism. While the show has never shied away from tackling tough topics since it launched in 1969 and has long been held up as a beacon of inclusivity and diversity in children’s media, the events of 2020 highlighted the urgency of talking about race and racism more explicitly. As a result, last summer Sesame Workshop launched Coming Together, a racial justice initiative, which includes an educational framework, curriculum and racial literacy programming for families to have frank conversations about race and how it informs the world we live in.

Some aspects of the the survey, like the high number of children who responded that people are treated unfairly due to race, surprised Haider. But she sees the results as a positive sign, especially when it came to the dialogues that families were still having about race and discrimination in the second wave.

“Clearly, something had shifted and it was a shift for the better,” Haider says. “Better not just in terms of children’s awareness, but also for our collective futures.” 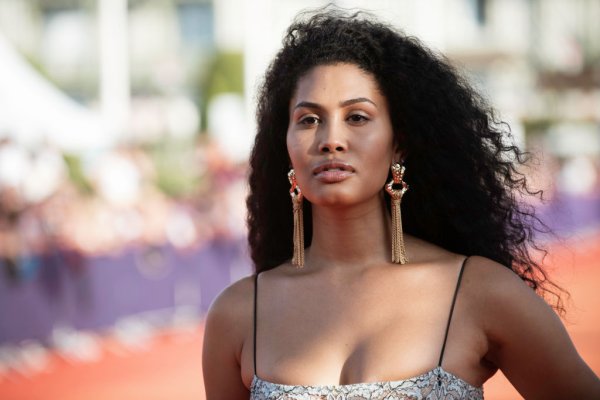 Leyna Bloom on Opening Doors for the Next Generation of Trans Talent
Next Up: Editor's Pick