For over 45 years, Sesame Street has been teaching America’s kids about numbers and feelings. The deal that its producer, Sesame Workshop, struck on Thursday to move the beloved children’s series to HBO is an education in both.

On the numbers, the deal is probably better than any likely alternative. Thanks to that HBO cash, Sesame Street will be able to produce nearly twice as many episodes in a production schedule that had long been shrinking, and will develop new series for kids as well. Episodes and archives will still be available on PBS, which will have more money free for other programming.

The hitch: new episodes won’t be available on free PBS for nine months. Sesame Street’s target young audience is not likely to notice. Preschoolers, even more so than the rest of us, increasingly get their TV by streaming it, and as most parents can attest, they are not exactly averse to seeing the same thing over and over. The kids who watch the show on live TV will probably not mind that the droll parodies of adult cable shows are dated, nor are they likely to miss out on new developments in the alphabet.

As for the funding problems that drove Sesame to the deal, it’s not quite as simple as “the government cut their money.” Sesame Workshop’s revenues have cratered not because of politics but because their commercial revenue streams, especially DVD sales, are evaporating.

Yes, if we had the lavishly supported BBC-style system that the U.S. never had, PBS and the Corporation for Public Broadcasting might have been able to step in and feather Big Bird’s nest. But even then, there’s long been debate over whether public broadcasting should spend limited funds on popular shows like Sesame Street–which at least have the option of striking deals–as opposed to programming that can’t, like documentaries, or supporting local stations in remote and low-income areas. For decades, the producers have made the kind of deals that led Ralph Nader to call Sesame Street a sell-out. Licensing, sponsorships, rerun sales: there has long been commerce transacted on Sesame Street, and not just in Mr. Hooper’s Store.

But as Sesame Street has taught for so long, feelings matter too. And however well the decision works practically, in principle it feels gross.

Sesame Workshop and HBO are doing the right thing by finding a way to keep a valuable institution vital. But they could not have come up with a more symbolically freighted announcement if they had cut a secret pact to foment the revolution. Here was something for our kids, all our kids–not just any kids’ show, but the kids’ show, created to give a head start to the kids who needed it the most, advantaged or not, and that was proven to work. It was for everyone, created in a late ‘60s spirit of public weal and social equity. And now it was being sold, not just to commercial television, but to hypercommercial television, a gold-plated premium channel that requires either cable or broadband and then a subscription fee on top of that.

Like most controversies in children’s television, this one is really about the parents, about our ideals for childhood and how we fall short of them, about our anxiety in preparing our kids for the world. Kids are just going to enjoy more Sesame Street. It’s parents who see this change and know that their children are being introduced, before they can even read, to a world that is tiered, tracked and sold on an a la carte basis.

The Sesame Street is, practically, a good deal. But it is a deal nonetheless, over something that was once a given. It’s one more replacement of a public trust with a public-private arrangement, like a luxury developer given rights and tax breaks to build condos, in exchange for a certain percentage of affordable housing. It’s a deteriorating postal service vs. FedEx, the bus vs. Uber. Everyone still gets to visit Big Bird. Some people just have to use the poor door.

It’s not about Sesame Street per se. It’s about the disappearing idea that there are certain baseline goods that should belong to all of us. It’s about knowing that this is just the first of many inflection points where your child will get a benefit if you have the money, and if not, not: quality daycare, a house in a good school district, tutoring, test prep. It’s about generational advantages that in turn allow some future adults to pass on greater advantage. The kids, squatting in front of the tube or curled up with a tablet screen, won’t know or care. Parents will, because they know about what’s to come.

Parents will know that, for another five years at least, someone will be there to tell their kids how to get to Sesame Street. But now the answer will be that–as with more and more things in life today–you’ll get there a lot faster if you’re born on third base.

Read next: This Is Why HBO Really Wants Sesame Street 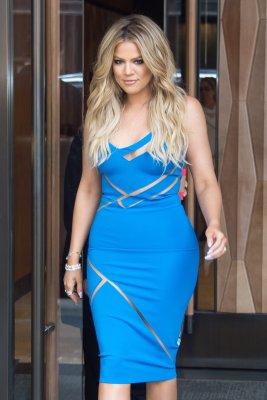 Khloe Kardashian Tells Caitlyn Jenner Not to Bad-Mouth Her Mom
Next Up: Editor's Pick