The Debate Over Qualified Immunity Is at the Heart of Police Reform. Here’s What to Know

New Yorkers joined the Coalition to Honor Black and Indigenous Activists at Fort Greene Park in Brooklyn, for a massive protest march on July 4, 2020.
Erik McGregor—Sipa USA
By Madeleine Carlisle

Civil rights advocates had been demanding an end to qualified immunity long before George Floyd’s murder sparked a mass movement against systemic racism last summer. As calls for greater police accountability gained momentum in 2020, the decades-old doctrine that protects officers from some lawsuits came under fresh scrutiny. Now, it’s emerged as a key sticking point in negotiations in Congress over federal police reform—one on which the whole bill could hinge.

Qualified immunity is a defense that law enforcement and other government officials can raise in response to lawsuits seeking monetary damages for alleged civil rights violations. Unless the plaintiff can show an officer violated a “clearly established” right—meaning a court already declared similar behavior in a previous case to be unconstitutional—the officer can’t be held liable.

Critics argue this high bar effectively shields law enforcement from accountability and denies victims damages they are due. After the Supreme Court granted an officer qualified immunity in a 2018 case, Justice Sonia Sotomayor famously said in her dissent that sent a message that officers “can shoot first and think later.” The doctrine’s defenders argue it allows police to do their job without fearing they will be bankrupted by lawsuits if they make a mistake. They say abolishing qualified immunity would discourage people from joining law enforcement.

The George Floyd Justice in Policing Act of 2021, introduced by Democratic Rep. Karen Bass in February 2021, would eliminate qualified immunity for law enforcement officers, along with other reforms. But some Congressional Republicans have raised serious concerns about changing or eliminating it, throwing the future of the reform effort into question. NAACP President Derrick Johnson, who has been talking with lawmakers about a police reform bill, told TIME last month that qualified immunity reform “must be in this bill.”

Many criminal justice advocates consider ending qualified immunity altogether to be a key step towards improving police accountability across the country. Congress can pass any number of police reforms, argues Jay Schweikert, a research fellow with the libertarian think tank the Cato Institute’s Project on Criminal Justice, but what happens if police don’t follow them? “You have to secure accountability for any other reforms to be effective,” he continues. “That is why qualified immunity is at the center of these discussions.”

What becomes of the judicial doctrine could determine whether police reform makes it to the desk of President Joe Biden, roughly a year after mass demonstrations demanded the U.S. government take action. Here’s what to know.

What is qualified immunity?

One common misconception is that qualified immunity comes from a law; it’s actually a judicial doctrine created—and then reinterpreted—by the Supreme Court.

Its origins stretch back to 1871, when Congress created the federal right to sue state and local government officials for violating the Constitution under what’s known as Section 1983. In the wake of the Civil War, white vigilantes roamed the South violently attacking newly freed Black Americans, and law enforcement officials were doing little to stop them and even taking part themselves. Congress wanted to give people the ability to defend their own civil rights and reasoned that federal juries would be more likely to enforce the Constitution. But the Supreme Court initially interpreted Section 1983 quite narrowly, and it basically lay dormant for the next 90 years, says Joanna Schwartz, a professor of law University of California, Los Angeles School of Law.

As the Civil Rights Movement picked up in the 1950s, litigators began to invoke Section 1983 more frequently. The Supreme Court then reaffirmed in Monroe v. Pape that people can sue law enforcement officers under the section for civil rights violations. But in 1967’s Pierson v. Ray, the Court then ruled that police officers and other government officials have “qualified immunity” from those lawsuits, as long as they were acting in “good faith” to enforce the law as they understood it at the time, even if it was later found unconstitutional.

In 1982, the Supreme Court offered a reinterpretation of qualified immunity. In Harlow v. Fitzgerald, it worried that the “good faith” standard was too subjective and would cause law enforcement to participate in lengthy depositions to get at their state of mind at the time of the incident. So they scrapped the idea, and instead ruled that government officials have qualified immunity as long as they don’t violate “clearly established” rights that the officer would have to have been aware of. What counts as a “clearly established” right? They didn’t say. But through subsequent rulings over the past 40 years, the Supreme Court has “made that standard more and more difficult to meet,” argues Schwartz. “Qualified immunity is as strong, I think, as it’s ever been.”

How did qualified immunity become so controversial?

As it currently stands, the doctrine of qualified immunity requires plaintiffs to prove that either the court of appeals in their jurisdiction, a consensus of cases across several appeals courts or the Supreme Court has already found a prior, nearly identical incident to be unconstitutional in order to find a police officer liable. “It’s quite common for courts to say, in applying qualified immunity, ‘Yes, your rights were violated. But we can’t find a prior case where someone else’s rights were violated with sufficiently similar facts as your case,” says Schweikert. “Therefore, the defendant gets qualified immunity. Case dismissed.’”

The bar for what counts as similar can be extremely high. One famous example is Baxter v. Bracey, in which a Nashville officer released a police dog on a man, Alexander Baxter, who had surrendered and was sitting with his hands in the air. Baxter was bitten and sued the officer. Though a court in the same circuit had ruled a prior incident was unconstitutional, in which an officer released a dog on someone who had surrendered lying down, the Sixth Circuit ruled in 2018 that the factual distinctions were enough for the officer to retain his qualified immunity. (The case was appealed up to the Supreme Court, which declined to hear it in 2020.)

Another well-known case is Jessop v. City of Fresno, in which three police officers in Fresno, California, allegedly stole $225,000 from two businessmen they’d searched in 2013. The men sued the officers for unreasonable search and seizure under the Constitution, but the Ninth Circuit ruled in 2019 that the officers could not be held liable because there “was no clearly established law” saying that officers cannot “steal property seized pursuant to a warrant,” even though it conceded that “virtually every human society teaches that theft generally is morally wrong.” Since there was no prior similar incident, the officers were protected.

Qualified immunity in its current interpretation has made it so Section 1983 lawsuits end up turning “not on whether the rights were actually violated…, but on the happenstance of the fact patterns of prior judicial decisions,” says Schweikert. “That has severely undermined official accountability in this country, because that statute was meant to be our primary way of holding state and local officials accountable.”

What are the common misconceptions about qualified immunity?

Defenders of the doctrine argue that if qualified immunity is abolished, law enforcement officers could be flooded by costly lawsuits that would discourage people from joining the profession altogether. “The whole problem it seems to me in this whole area of police reform … is without qualified immunity, how do you get people to do law enforcement work?” Senate Minority Leader Mitch McConnell told reporters on Tuesday when discussing police reform negotiations in Congress.

Schwartz says there’s little data to support the idea that ending qualified immunity would be costly to police officers because of widespread indemnification laws. In fact, in her 2014 study published in New York University Law Review, Schwartz examined payouts in police misconduct cases across 81 law enforcement agencies between 2006 and 2011, and found that roughly 99.98% of the dollars paid to plaintiffs was paid for by local governments—not by the officers themselves.

Proponents of the doctrine also say it gives officers the protection they need to make reasonable mistakes on the job. But the Fourth Amendment already gives officers that protection, argues Schwartz, as it only bans “unreasonable search and seizures.” If an officer arrests the wrong person, for example, they’re protected under the Fourth Amendment. In order to meet the bar needed to bring a Section 1983 lawsuit, she argues, the mistake needs to be pretty egregious.

Teri Ravenell, the associate dean for facility research and development at Villanova University School of Law, also points out the misconception that qualified immunity impacts a variety of legal situations; in fact, only applies in these civil lawsuits. Ending the doctrine would have no impact on how police are prosecuted—or not prosecuted—at state or federal levels.

While many civil rights advocates argue ending qualified immunity is an important step towards police reform, Schwartz warns that ending the doctrine would not “usher in a golden age of police accountability.” Plaintiffs still face large barriers in these suits, she argues, including the high constitutional standard created by the Fourth Amendment protections and the fact that juries and judges tend to be unsympathetic to them.

Ravenell urges people to remember that the original purpose of Section 1983 wasn’t to just deter and punish misconduct. It’s also about giving victims tools to seek justice. “We also really need to remember that there has been a constitutional violation, and that somebody was the victim,” she says. “We’re talking about people who can have demonstrable injuries… And I think that that’s the piece that we have been losing in so much of this conversation.” 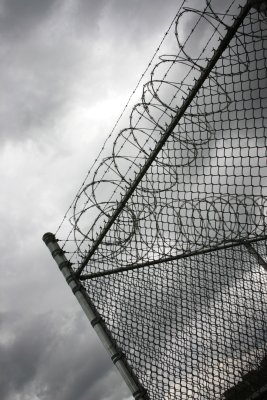 We Must Give All Prisoners Access to Resources to Pursue College Education
Next Up: Editor's Pick