Documentary All Light, Everywhere Examines the Limits of Police Body Cameras—and Our Own Perceptions

Near the beginning of Theo Anthony’s inquisitive and ambitious documentary All Light, Everywhere, an unseen narrator issues a caveat that both goes without saying and needs to be said: “Every film is in part an autobiography, because every image has a frame. And every frame excludes a world beyond its edges. And yet, when we understand something, we still say, ‘I see.’” All Light, Everywhere, asks dozens of questions but offers only one conclusion, which is really better described as a nugget of advice: We should proceed with caution in interpreting anything we see, particularly when it’s an image filtered through a lens.

All Light, Everywhere—which won a special jury prize at Sundance earlier this year—is perhaps an act of exploration more than a conventional documentary. (Its style and techniques, including its quasi-metaphysical narration and adroitly juxtaposed images, bear some similarities to those of the French filmmaker and poetic provocateur Chris Marker.) Anthony—whose previous documentary, Rat Film, traced the history of Baltimore via the city’s relationship to its rodent residents—has fashioned a thoughtful, if sometimes frustrating, meditation on the acts of “seeing” and “interpreting,” particularly as they apply to law enforcement and the criminal-justice system. His ideas unfurl in buzzing, meandering circuits: He diagrams how the frustration of astronomers at not being able to accurately trace the 1874 transit of Venus led to what we might call the first motion picture; he offers a brief and chilling explanation of how English statistician and sociologist Francis Galton believed he could map the face of criminal behavior and ended up as a pioneer of eugenics; and, perhaps most significantly, he accompanies us on a detailed tour of the Scottsdale, Ariz., headquarters of Axon, a company that manufactures and sells tasers and body cameras commonly used by law enforcement.

Our guide on that tour is affable company spokesman Steve Tuttle, who cheerfully explains Axon’s mission using words like “transparency” and “passion.” He waves at a conveyor built carrying taser parts, touting the company as an effective driver of the country’s “economic engine.” And he and some of his co-workers provide demonstrations of how tasers and body cameras work in tandem, the latter ostensibly providing an accurate version of events that can stand up as evidence in court.

We’re also privy to a session in which a group of Baltimore police officers are trained in the use of bodycams, which the force made mandatory in 2020, in the wake of the 2015 police killing of Freddie Gray. Although Anthony’s camera pretends neutrality, even he knows that he’s shaping a narrative: His lens picks up officers talking and laughing during the presentation, or otherwise suggesting that they’re wary of—or possibly resistant to—this new technology. And ultimately, All Light, Everywhere makes the point—without ever really stating it—that although the goal of body cameras is, supposedly, to increase transparency, the technology’s real value, from law enforcement’s perspective, is as a means to exonerate officers. The images these cameras capture aren’t purely objective; even if they can capture what a police officer sees, they can’t necessarily tell the truth of his actions.

That summation makes All Light, Everywhere sound more straightforward than it really is. In his stringent efforts not to tell us what to think, Anthony makes some woolly detours, including a short coda that shows a group of students making a TV pilot as a class assignment. It’s hard to know exactly what this sequence is doing in the film, although Anthony explains, through his narrator stand-in, that he had originally intended this classroom experiment to make up a more significant chunk of his film. In the end, he realized it didn’t really work for his purposes. Which is just another way of saying that any film is a set of choices, or even a kind of autobiography, and that there’s always another world excluded from its frame. When it comes to documentary films, even experimental ones like this one, we still yearn for presented “facts” to be shaped and presented to us as a kind of truth. Anthony refuses to do that. Yet he still can’t resist telling us what he left out—by not leaving it out at all. 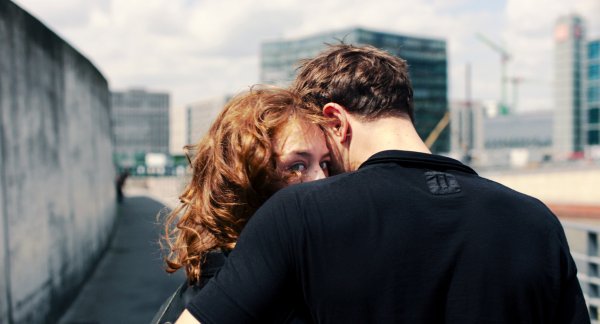 In the Noirish Modern Fairytale Undine, a Mermaid and a Man Find Happiness—for Now
Next Up: Editor's Pick