The questions about climate change for ExxonMobil Chairman and CEO Darren Woods came in rapid succession during Wednesday’s virtual meeting for shareholders. How does the company view a recent report saying the world doesn’t need new investment in oil exploration? Why isn’t the company jumping into renewable energy? And why is ExxonMobil investing in carbon capture and storage—which has been largely unprofitable to date?

Woods’ answers to these questions—on the call and in previous months—have failed to satisfy investors. A few minutes later, a preliminary vote count showed shareholders decisively rejected ExxonMobil’s management and elected at least two new board members committed to shifting the company’s direction on climate change. “Change is coming,” said Charlie Penner, an investor whose hedge fund Engine No. 1 led the activist campaign, on the investor call ahead of the vote.

The transition away from fossil fuels has come in fits and starts in recent years. On Wednesday, it took a giant lurch forward. At the same time that ExxonMobil investors met, a majority of Chevron investors voted to require that company to slash emissions from consumer use of the company’s products. A few hours earlier, a Dutch court had ruled that Royal Dutch Shell needs to cut its own emissions to align with the Paris Agreement.

These decisions—along with a slew of others in recent months—bring into focus the evolving answer to a simmering question: what does it mean to be an oil company in the time of climate change? For years, oil companies deflected and denied the science of climate change, using their vast public relations war chests and lobbying influence to deter anything that would reduce demand for their product. More recently, the companies have walked a tightrope, acknowledging that climate change is real while still insisting that they need to service a robust market for their products that will exist for decades. But Wednesday’s developments offer a taste of the blowback that may be coming as governments, investors and activists increasingly envision a different future—one where oil companies adapt or disappear.

The investment community “still too often treats acceptance of the idea that humanity will inevitably drive itself off the cliff as hard-headed realism,” said Penner. “Changing that mindset, ensuring it can be done profitably, will take time, but the trajectory has to start bending now.”

Engine No. 1’s effort to remake ExxonMobil’s board began in earnest in December, but Wednesday’s coup has really been years in the making. In recent years, activist campaigns have grown in size and influence, raising public awareness of the urgency of climate change and holding the oil-and-gas industry’s feet to the fire. In response to those efforts and the dire science, governments across the globe—including in the U.S., the largest consumer of oil—have committed to weaning themselves off fossil fuels.

Crucially, oil companies have also lost credibility on the financial front. Growth has slowed in the energy industry, with the sector ranking dead last in five of the last seven years on the S&P 500 stock index, according to the Institute for Energy Economics and Financial Analysis. Last year in particular, the sector found itself in dire straits as the pandemic zapped oil demand and sent prices negative at one point. Meanwhile, other technologies like renewables and battery storage have developed enough such that analysts say a growing supply of oil won’t be necessary to meet our long-term future energy needs. Just last week, the International Energy Agency released a landmark report saying that the world no longer requires new investment in exploring and setting up new sources of oil.

Consider all of these trends and most people would have legitimate questions about the future of the industry. The response inside the companies has been mixed. Generally, analysts say that European oil companies have begun to shift faster than their American counterparts. And some companies—including ExxonMobil and Chevron—have been viewed as the slowest movers among their peers.

These dynamics have left the companies ripe for pushback from shareholders. Engine No. 1, a hedge fund with a small stake in ExxonMobil, nominated four candidates to the ExxonMobil board and campaigned for them with messaging focused largely on arguments that their candidates—former energy executives—would do a better job creating “value for shareholders.” At the end of the investor call on May 26, ExxonMobil said two of Engine No. 1’s candidates had prevailed. Two board seats remained too close to call. A majority of ExxonMobil shareholders also voted in favor of increased transparency in the company’s lobbying practices. “This is a result that will reverberate in oil and gas boardrooms around the world,” said Edward Mason, director of engagement at Generation Investment Management, which is not an ExxonMobil shareholder.

At Chevron, the vote to cut emissions followed years of pressure from the Dutch activist group Follow This. The group’s resolution—which received support from 61% of shareholders, according to a preliminary count—called for the company to “substantially reduce” emissions from the end use of their product—a bucket of emissions known as Scope 3 emissions. And while many energy companies have been willing to reduce emissions in their own operations, they have avoided committing to reducing Scope 3 emissions because it could one day ultimately meaning selling less of their core product rather than just producing it more efficiently.

The Shell news came from a different source: the courts. In recent years, climate activists have filed hundreds of lawsuits against oil and gas companies in jurisdictions across the globe with a variety of legal arguments and received mixed results. So Wednesday’s unequivocal victory for climate activists marked a significant advance as a Dutch court in The Hague ruled that Shell must cut its emissions 45% from 2019 levels by 2030. The ruling, which will be appealed, sent shockwaves across the industry. “Given the mere fact that such a ruling now exists—albeit in a progressive jurisdiction like the Netherlands—is evidence in itself that a court of law can make these kinds of judgements,” says Lars Eirik Nicolaisen, deputy CEO of Rystad Energy, an energy research firm.

In 2019, TIME interviewed Shell CEO Ben van Beurden at the company’s headquarters in The Hague. Van Beurden explained the company’s climate commitments at the time—but he insisted that Shell still had to meet the world’s demand for oil. That is, after all, what an oil company does. “The future of oil is going to be different,” he said. “But there is going to be a future. And therefore we can legitimately position ourselves for that future.”

Even with the dramatic shift in trajectory in multiple major companies in recent days, oil won’t disappear overnight. But Wednesday’s developments further chipped away at the case for building a business around oil without planning for its decline. 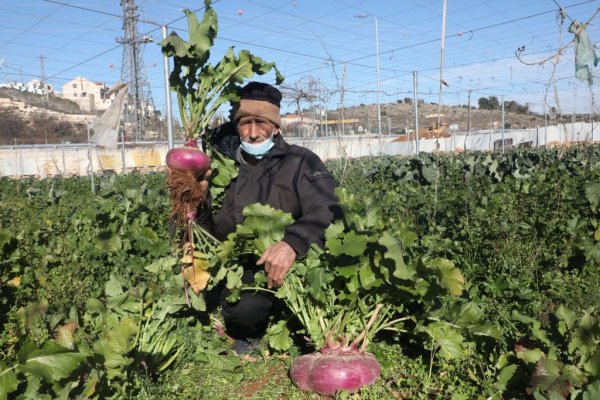 Why Climate Action for Palestinians is in Israel's Interests
Next Up: Editor's Pick