Oil Prices Won't Be Negative Forever. But the Oil Industry Will Never Be the Same

From its dusty origins more than a century ago, the mythic story of the American oil industry has been one of pioneering entrepreneurs searching far and wide for black gold and becoming immensely rich when they found it. Today, with the U.S. benchmark price for crude oil entering negative territory for the first time in history, a wildcatter who struck oil couldn’t give it away without paying someone to take it.

The coronavirus pandemic has shocked the oil industry, flooding companies with more supply than the world can burn and bankrupting small players. The damage has only just begun. “In a few years’ time, when we look back on 2020, we may well see that it was the worst year in the history of global oil markets,” said Fatih Birol, the head of the International Energy Agency (IEA), on a call with journalists. “April may well have been the worst month. It may go down as Black April in the history of the oil industry.”

However ugly the view backwards is at that point, what remains will look very different too. Many players will have restructured or disappeared. The companies that survive will likely face reduced political power and need to grapple more urgently with the reality of climate change. That will be a sea change. For as long as almost anyone roaming the planet today has been alive, oil has powered our lives and shaped our politics and way of life.

The origin of this industry crisis is as simple as it is dramatic. As the coronavirus pandemic has kept people at home and ground factories to a halt, demand for oil in April dropped by nearly a third compared with the same month last year, according to the IEA. At the same time, Russia broke off negotiations to stem drilling with Saudi Arabia and its OPEC+ partners. Instead, the two countries, some of the world’s biggest oil exporters, launched a price war, ramping up production and cutting prices in hopes of grabbing more market share. They agreed to halt market hostilities last week, but not before filling the world’s storage facilities with crude. “This is a double whammy for people in the oil and gas industry,” said Texas Senator John Cornyn, a Republican, on a call for members of the Greater Houston Partnership, which promotes the city’s industry.

In Texas, the heart of the American oil industry, producers have run out of places to store what they pull out of the ground. With refiners buying far less oil to turn into fuel and no place to store the product, oil traded at a negative price for the first time on April 20, leaving companies paying for others to take it off their hands. At one point on April 20, the U.S. benchmark price hit negative $40 per barrel. The negative price is slightly less dramatic than it seems because it only applies to contracts for oil delivered in May, but at $20 per barrel the June prices are far below the $50 per barrel range at which new wells typically turn a profit in West Texas.

The crash won’t hurt everyone equally. Smaller players are already struggling to survive, many of them deeply indebted after years of producing oil at a loss. Analysts estimate that hundreds of small firms could go bankrupt even with prices at $20 per barrel. At the same time, bigger players may emerge with greater market share and, they hope, greater profitability as some of their fiercest competitors disappear. “Current low prices will force some companies out of business,” says Mark Haefele, chief investment officer of UBS, in a research note, “But we are also convinced that the global oil industry will survive this crisis.”

Those disparate interests are playing out in Washington, D.C. Smaller companies have pleaded with government officials for help. Harold Hamm, founder of independent producer Continental Resources which has lost 70% of its value this year, called the White House in March asking the government to help the industry. The CEO of Pioneer Natural Resources, another independent oil company which has lost 50% of its value since January, called on Texas regulators to mandate that companies reduce production, saying the oil industry would have the same fate as coal without action.

At the same time, the oil majors have lobbied for the government to stay out of it, arguing that the market should be allowed to run its course. With bigger capital buffers, the bigger oil companies can wait the crisis out, buying up profitable oil wells on the cheap. Analysts say that West Texas shale oil, which in recent years has made the U.S. the world’s largest oil producer and is produced by fracking, will likely come back relatively quickly when demand returns. Oil majors “were not looking for a bailout, didn’t want the president to do import tariffs and didn’t want quotas,” says Goldwyn, adding that they argue letting the market decide is “the American way.”

Still, the firms that survive will face a series of big challenges. Returning to where they started this year isn’t necessarily a win. Energy was the worst performing sector on the S&P 500 stock index last year, and investors have increasingly looked at the industry with skepticism as consumers and policymakers face the reality of climate change. “The basic model is in pieces, it’s fallen apart,” says Tom Sanzillo, director of finance at the Institute for Energy Economics and Financial Analysis (IEEFA). “This is an industry in last place.”

In recent years, the oil industry has crept slowly toward an existential challenge everyone knew was coming with a growing crop of analysts predicting that demand for oil would flatline sometime in the coming decades before declining. Coronavirus has made those concerns even more urgent for the industry. While the world economy will continue to burn oil after the coronavirus pandemic fades, some analysts now say that the world may never consume as much of the commodity as it did last year. The companies that survive will need to figure out a game plan to manage that change, either by investing in cleaner energy sources or winding down their assets.

Either way, it looks like the age of the mythic American wildcatter is gone for good. 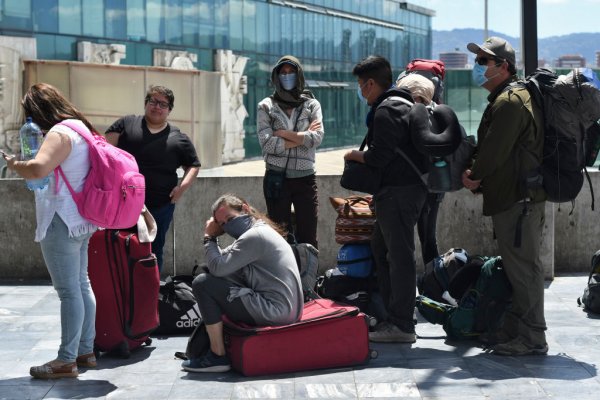