Will Low Oil Prices Help or Hurt the Fight Against Climate Change? That Depends on Us

Lights illuminate a gas station on a dark and empty street in the Brooklyn borough of New York, on March 26, 2020.
Wong Maye-E—AP
By Justin Worland

There are countless ways the current coronavirus pandemic has reshaped efforts to tackle climate change and will continue to do so for years to come. One of the chief challenges and opportunities for politicians, policymakers and climate activists is the period of low oil prices that has come about as a result of COVID-19.

For the first time in history, oil prices entered negative territory this week with the U.S. benchmark price for oil reaching negative $40 per barrel on April 20 as the global economy slowed, and oil producers ran out of places to store the glut of crude oil being drilled in the U.S. Even a historic agreement to slash production reached by leading oil exporters earlier this month failed to stem the decline.

Oil prices are notoriously hard to predict, but at this point two things seem likely: First, oil prices will continue to trade at historically low prices so long as the world economy moves slowly as a result of the pandemic. Global oil demand in April was down by about a third from the year prior, a gap that’s difficult to fill. Second, in the longer term, oil prices will almost certainly rebound as the economy bounces back. But, when they do, the industry may look very different than it does today. Many small oil producers will have gone bankrupt and the big players will have endured an extended period of reduced cash flow.

This period of disruption in the industry will inevitably have important implications for the fight against climate change, but right now, it’s hard to tell whether current low oil prices will ease the energy transition or make it harder. The direction things land will ultimately depend on decisions we make in the coming months.

How this moment may drive reduced emissions

There’s one big reason that this period of low oil prices could help climate activists’ cause: the underlying challenges to the industry that led to this pricing free fall lay bare the holes in the investment case for oil companies.

For decades, the energy industry was mostly a consistent cash cow for investors, with oil companies ranked among the world’s biggest and most profitable companies. Last year, the sector was the worst performing on the S&P stock index. This year the outlook looks worse.

After reaching below zero, the West Texas Intermediate price, the key measure in the U.S., rebounded to around $10 per barrel, and analysts now say it could settle at around $20 per barrel. Still, that falls far short of the $50 per barrel necessary for American producers to turn a profit on a new oil well. Some analysts are now arguing that we may never consume as much energy from fossil fuels as we did last year.

These dire straits will make it more difficult for oil companies to access the capital they need to grow and survive. Lower oil prices mean lower stock prices and loans may grow more expensive for the players that can access them. “The basic model is in pieces, it’s fallen apart,” says Tom Sanzillo, director of finance at the Institute for Energy Economics and Financial Analysis (IEEFA).

This means some companies—particularly smaller firms—will go bankrupt while many of those that survive will have to quickly develop new strategies. For some firms, that may mean nixing plans to grow and instead focusing on winding down existing assets. Other, particularly big oil majors, may feel pressured to invest in clean energy and other alternatives to carve out a role for themselves on the other side of the energy transition. Oil companies will ask, “How do we show up in the market as a company that’s future forward and not a company that is irrelevant?” says Deborah Byers, the U.S. oil & gas leader at consulting firm EY, adding that the current pandemic has sped up the urgency of that question by five years.

There’s also a chance that this crisis changes the dynamic within the industry’s behind-the-scenes lobbying. The most vulnerable companies, the small producers, also happen to be the most vocal opponents of government climate measures. While oil majors have changed their public posture on climate change in recent years, endorsing some market-based solutions, their smaller counterparts have fought tooth and nail against even the slightest regulations.

The industry isn’t going to all of the sudden become a climate savior following this pandemic, but some of the most vocal and well-connected opponents of climate action may see their influence wane.

The possibility that this may lead to increased emissions

Today, with much of the world locked down, consumers aren’t consuming all that much or making big choices that drive up emissions, but businesses are still making those decisions, and low oil prices reduce the incentive to change. A delivery company purchasing a new van fleet would be less inclined to go electric, for example. A consumer food company considering switching its packaging away from oil-based plastic product may wait it out a few more years. “Oil is cheap. It’s very hard to transition away from oil when it’s very cheap,” says Lorne Stockman, senior research analyst at Oil Change International, which advocates for a transition away from fossil fuels. “And it’s particularly difficult when we don’t have a coherent policy on climate change.”

A key concern for many climate advocates is the possibility that natural gas—which in the U.S. is often produced alongside oil and remains cheap for many of the same reasons that oil does—will further solidify its position in the mix of electricity sources. Low natural gas prices may entice utilities and policymakers to continue to rely on the fossil fuel rather than looking to renewable alternatives, and, because of the long lifespan of natural gas infrastructure, that would lock in decades of emissions.

Meanwhile, electric vehicles continue to struggle to gain market share from their gas-guzzling competitors. The transportation sector in the U.S. now emits more than the power sector, and analysts have banked on the rise of electric vehicles to pull back that tide. But, for cost-conscious consumers, lower oil prices diminish the immediate economic case for electric vehicles. In turn, auto manufacturers may delay plans for electric vehicle expansion. General Motors, for instance, pushed back the launch of a new Chevy Bolt late last month, citing the pandemic.

None of this is to say that low oil prices will stop the energy transition. It’s a question of speed when every day, month and year counts. “Everybody is going to electric vehicles,” says Ellen Hughes-Cromwick, a former chief economist at the U.S. Department of Commerce and the Ford Motor Company , and now a fellow at Third Way, a Washington, D.C.-based think tank. “Some of this could get delayed, but it’s not going to change the trend.”

The choices we have to make

The long-term significance of this moment of low oil prices is not preordained. In the coming months, political leaders across the globe will get to work planning an economic recovery. They can choose to double down on fossil fuel infrastructure, inspired in part by low oil prices, or they can invest in clean energy, recognizing the long-term economic trends and the urgent threat of climate change.

“There’s been a lot of discussion around, ‘what kind of recovery do we have in the energy sector? How do we tilt the balance?’” says Rachel Kyte, dean of the Fletcher School at Tufts University and a long-time climate leader. “A lesson learned from previous shocks [is] ‘you shouldn’t do stupid things,’” she says, referring to decisions in the past that led to “propping up fossil fuels.”

There’s definitely a desire in some corners, particularly in the U.S., to use future economic stimulus measures to keep the oil-and-gas industry humming along, business as usual. President Trump has pushed such measures, promising in an April 21 tweet “to never let the great U.S. Oil & Gas Industry down.” But as the world continues to warm, bringing inevitable climate destruction, it may be helpful for the people running our recovery to remember the adage “don’t do stupid things.” When it comes to the decades we’ve spent ignoring the challenge of climate change, business as usual is, in fact, a stupid thing. 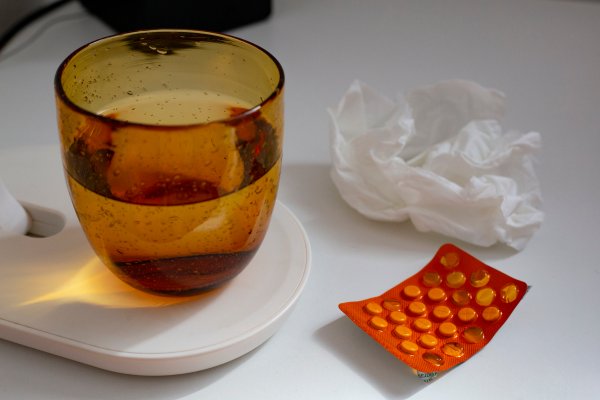 9 Things That Helped Me Cope With COVID-19
Next Up: Editor's Pick