India Is Demanding Social Media Remove References to the ‘Indian Variant’ of COVID-19. But What Should It Be Called?

Family members of a Covid-19 victim in PPE coveralls wait outside a cremation ground, at Punjabi Bagh, on May 24, 2021 in New Delhi, India.
Photo by Sanchit Khanna/Hindustan Times via Getty Images
By Billy Perrigo

The Indian government is demanding that social media companies remove all references to the “Indian variant” of COVID-19—saying the term is not scientifically accurate and hurts the country’s image.

Tech companies are unlikely to comply with the sweeping request, which would involve removing countless pieces of content including news articles. But it is bringing attention to the problem of how to refer to the COVID-19 variants that are driving many of the new outbreaks across the world without stoking racist or xenophobic sentiments.

The demand also comes as Prime Minister Narendra Modi’s government is embarking on a campaign to bring social media sites to heel—even as it grapples with the devastating impact a COVID-19 surge across India.

The World Health Organization (WHO)’s 2015 guidelines warn against naming pathogens after the places where they originate because of a risk of stigmatizing the communities involved. Attacks on people of East Asian origin in the U.S. are rising—which many groups say is the result of former President Donald Trump and others insisting on calling COVID-19 the “China virus.”

There are signs that news of India’s outbreak could be similarly sparking hate. Authorities in Singapore denounced an uptick in anti-Indian racism tied to India’s COVID-19 spike after a woman of Indian descent was assaulted there earlier this month.

India’s Ministry of Electronics and Information Technology claimed in a May 21 letter that the term “Indian variant” is a misnomer. “It has come to our knowledge that a false statement is being circulated online which implies that an ‘Indian variant’ of coronavirus is spreading across the countries. This is completely FALSE. There is no such variant of COVID-19 scientifically cited as such by the World Health Organization (WHO).”

Read more: Why the COVID-19 Variants Spreading in India Are a Global Concern

The WHO has advised against using location-based terms for variants, and has designated an official name for the variant first detected in India: B.1.617. The name follows a format indicating the evolutionary relationships between SARS-CoV-2 lineages, similar to the official terms for other variants of concern, such as those first detected in the U.K. (B.1.1.7) and South Africa (B.1.351).

But the official designations don’t tend to stick in people’s memories, roll off the tongue easily or make for good headlines. Place names have become widely used as shorthand references for these variants, despite warnings that they are problematic.

The WHO says it is working on a new system “that gives variants of concern an easily-recallable name.” But community groups are criticizing the WHO for not moving faster. The organization took six weeks to announce the name “COVID-19” after cases of the coronavirus infection were first reported in Wuhan, China.

“I don’t see why it should take so long for them to give this variant a proper name,” says Sabrina Malhi, a spokesperson for the South Asian Journalists Association (SAJA). On May 7, SAJA issued a note to journalists advising publications not to refer to the “Indian variant,” pointing to WHO guidance on the topic. “The former president of the U.S. called coronavirus the ‘China virus’ and we’ve seen an uptick in violence against Asian-Americans, some people say due to that,” she tells TIME. “We didn’t want that happening with the COVID variant that originated in India.”

The WHO’s new naming convention will likely be similar to the system used for hurricanes in the U.S., the WHO’s chief scientist Soumya Swaminathan told The Hindu newspaper earlier this month. “It will … be easier for the lay public to remember rather than these complicated lineage numbers,” she said.

India clamping down on social media

Social media companies were already preparing for a raft of regulations on their platforms to come into effect in India on Wednesday. The rules mandate greater transparency and give users stronger rights to appeal content takedowns. They also stipulate that social media firms must remove content the government says is illegal within three days of being notified, including content that threatens “the interests of the sovereignty and integrity of India,” public order, decency, morality, or incitement to an offense. The companies must also appoint staff members who Indian police can arrest and hold legally accountable if the rules are not followed.

Read more: India’s New Internet Rules Are a Step Toward ‘Digital Authoritarianism,’ Activists Say. Here’s What They Will Mean

But even India’s new Internet rules do not give the government the legal basis to demand such a broad takedown like the removal of “Indian variant.” “But there’s a vague sense of threat which hangs in the air,” says Apar Gupta, executive director of the Internet Freedom Foundation, a New Delhi-based digital rights group. “The rules that are just about to come into force are so onerous and so vague that they give immense power to governments,” he says. “And you obviously don’t want to do something that harms your business interests. So there is a perception of risk, even though there is no legal penalty or requirement to comply with it.”

State pressure on social media companies has become increasingly common in India. Last month, amid a devastating wave of COVID-19, the government forced Facebook and Twitter to remove posts by elected lawmakers that were critical of the government’s response to the virus. And on Monday, Indian police stormed Twitter’s New Delhi office after the platform affixed “manipulated media” labels to several posts by members of the ruling Bharatiya Janata Party (BJP).

The offices were empty due to pandemic safety measures, but the message to social media platforms operating in India was clear, and broadcast for all to see on national television. 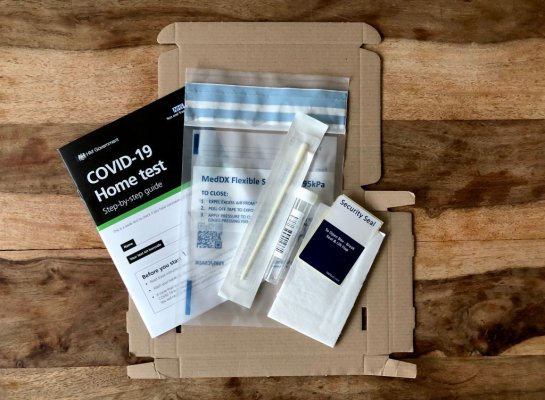 Why We Still Need Widespread Rapid Testing Even With Vaccines
Next Up: Editor's Pick