High in the thin air of the Mount Everest Base Camp in Nepal, Sherpas and climbers used to walk freely from one group of tents to another, holding gatherings, singing and dancing. Now the Sherpas who escort climbers to the summit have a new job: enforcing unofficial social-distancing rules. “Climbing Everest is always a matter of life and death,” says Phunuru Sherpa. “But this year the risk has been doubled due to COVID.”

Already, dozens of people with suspected COVID-19 have been evacuated by helicopter. The outbreak reflects a broader one across Nepal, which shares a long, porous border with India. Daily confirmed cases in the Himalayan nation increased thirtyfold from April 11 to May 11, when 9,300 infections were recorded. It’s a grim omen of how India’s devastating COVID-19 crisis may be turning into an even bigger global emergency.

As countries around the world airlift oxygen, vaccines and medical supplies to India, they are also closing their borders to the world’s second most populous country. It may already be too late. The B.1.617 variant of the virus, first detected in India, has now been found in 44 countries on every continent except Antarctica—including Nepal, the U.S. and much of Europe. Scientists say it could be more infectious and better at avoiding humans’ immune systems. On May 10, the World Health Organization declared it a variant of “global concern.” And because only around 0.1% of positive samples in India are being genetically sequenced, “there may well be others that have emerged,” says Amita Gupta, deputy director of the Johns Hopkins University Center for Clinical Global Health Education.

The true scale of the COVID-19 outbreak in India is impossible to accurately quantify. Officially, confirmed daily cases are plateauing just under 400,000 but remain higher than any other country has seen during the pandemic. Experts warn that the real numbers are far bigger, and may still be rising fast as the virus rips through rural India, where two-thirds of the population lives and where testing infrastructure is frail. The University of Washington’s Institute for Health Metrics and Evaluation (IHME) estimates the true number of new daily infections is around 8 million—the equivalent of the entire population of New York City being infected every day. Official reports say 254,000 people have died in India since the start of the pandemic, but the IHME estimates the true toll is more than 750,000—a number researchers predict will double by the end of August. Since the beginning of May, dozens of bodies have washed up on the banks of the river Ganges, with some villagers saying they were forced to leave the dead in the water amid soaring funeral costs and shortages of wood for cremation.

Tents at the Everest base camp in Solukhumbu, Nepal, on May 3, 2021.
Prakash Mathema—AFP/Getty Images

Experts say that the crisis was entirely predictable, and that rich countries could have done more to prevent it. “The pandemic has once again highlighted the extreme international inequality in access to lifesaving vaccines and drugs,” says Bina Agarwal, professor of development economics and environment at the University of Manchester. The Indian government failed to order enough vaccines for its population—or ramp up its vaccination program fast enough. But, for months, the U.S. also blocked exports of crucial raw materials India needed to manufacture vaccines, and stockpiled 20 million Astra-Zeneca shots even though the FDA had not authorized their use. Although President Biden has nowchanged course, sending much-needed vaccine raw materials to India and pledging to export the Astra-Zeneca shots, it will take a long time for the country to catch up: only 2.8% of the population was fully vaccinated as of May 12.

India’s first wave, which peaked last September, was severe: by the time it started to dissipate, nearly 100,000 people had died across the country, according to official statistics. But in a country with a population of nearly 1.4 billion, it also sent another message: that India may have avoided the most damaging effects of the pandemic. Now, India’s brutal second COVID-19 wave is sparking worries that the worst is still ahead. Especially concerning are densely populated African countries, many of which have yet to experience large outbreaks. Versions of the B.1.617 variant have already been reported in Angola, Rwanda and Morocco. Many of the vaccines that could curb outbreaks in such countries were meant to come from factories in India—which has now ordered that most of its vaccine production be used to meet domestic needs.

The fresh outbreaks also threaten to set back plans for post-pandemic economic recovery. Nepal’s vital tourism sector ground to a halt in 2020. To make up lost ground, the Himalayan nation approved a record number of exception permits for Mt. Everest this year, meaning Base Camp is crowded with some 1,300 climbers, Sherpas and support staff.

Read More: Why the COVID-19 Variants Spreading in India Are a Global Concern

Meanwhile, tragedy is sparing few families across India. Rahul Thakkar, a 42-year-old vice president of a health care startup, died of COVID-19 on May 10—after the New Delhi ICU ward where he was being treated ran out of oxygen in late April. “When the infrastructure breaks down, being rich or poor doesn’t save you,” says Ramanan Laxminarayan, a friend of Thakkar’s. Laxminarayan, an Indian-American epidemiologist and director of the D.C.-based think tank Center for Disease Dynamics, Economics and Policy, began an international fundraising campaign—raising more than $9 million to import oxygen cylinders and concentrators, which turn air into medical-grade oxygen.

The effort should never have been necessary, Laxminarayan says. While India should have invested in its pandemic preparedness, he says, developed countries share a portion of responsibility. “Even out of a sense of self-protection, rich countries should have planned much better for vaccinating the entire world and increasing production,” Laxminarayan says. “What happens in India doesn’t stay in India.”

—With reporting by Rojita Adhikari/Mount Everest Base Camp, Nepal 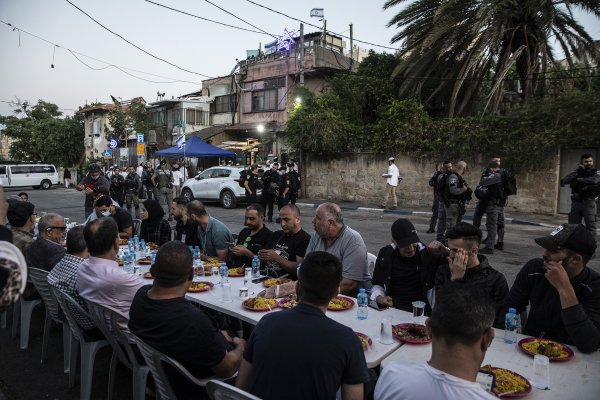