Why Did Republicans Balk at a Jan. 6 Commission? Donald Trump

It’s been quite a week already for Rep. John Katko. On Monday, he joined the Leadership team of his fellow House Republicans, replacing his colleague Elise Stefanik who got a major promotion. Less than 24 hours later, Katko found himself thrown under the bus by his new boss, House Republican Leader Kevin McCarthy, for delivering a bipartisan deal to look into the deadly Jan. 6 attack on the Capitol. And today, Katko’s framework finds itself heading toward rejection by the same people who told him to do it.

Welcome to the Republican Party of 2021, one where fealty to former President Donald Trump is a mandate for anyone looking to join the official Leadership team. McCarthy has done little to buck that and helped remove Rep. Liz Cheney from the team last week when she wouldn’t stop telling the truth about the historic insurrection.

Well, the definitive version of that truth is on the line as soon as today. Lawmakers in the House are expected to pass the Katko-negotiated plan to create a bipartisan body tasked with investigating the attack. Katko, a four-term representative from Syracuse, N.Y., who joined nine House GOP colleagues earlier this year in impeaching Trump for sparking the insurrection, is the top Republican on the Homeland Security Committee. He was McCarthy’s chosen negotiator, opposite Democratic Chairman of Homeland Security Bennie Thompson.

But McCarthy is trying to lead a minority party that, for any number of reasons this newsletter has considered previously, finds itself completely under Trump’s thumb. For weeks leading up to Jan. 6, Trump fed the false claims that he had actually won the election. He promoted a rally to “Stop the Steal” when Congress met that day to certify Biden the winner. On live television, Trump egged on the gathering, adding steam and launching it toward the Capitol to keep him in power. Once the mile-long march to Capitol Hill was over, the crowd turned violent, breaking into the building, vandalizing it and raiding members’ offices regardless of party. More than 140 were injured, five died and more than 400 participants have since been arrested.

That’s what we know now. Trump is furious that a commission of lawmakers may find more. From his exile, he has continued to insist, wrongly, that he won the 2020 election, and anyone who doesn’t endorse what has come to be known as The Big Lie finds himself a target for Trump’s taunts. “Republicans in the House and Senate should not approve the Democrat trap of the January 6 Commission,” he said in a statement last night. “Republicans must get much tougher and much smarter, and stop being used by the Radical Left. Hopefully, Mitch McConnell and Kevin McCarthy are listening!”

Apparently, they were. McCarthy, who is potentially exposed as a witness under the commission’s proposed rules, said Tuesday he was against the inquiry because it was to his mind “duplicative and potentially counterproductive.” By this morning, McConnell announced that he, too, was opposed to the effort to fully account for the uprising. “After careful consideration, I’ve made the decision to oppose the House Democrats’ slanted and unbalanced proposal for another commission to study the events of January the Sixth,” McConnell said from the Senate floor.

Katko, who stuck his neck out to make sure there is an equal number of Republicans and Democrats on the panel, released a statement saying he didn’t take the double-cross personally, in an unusual move.

The deal that’s being voted on as early as today gives McCarthy and McConnell the power to name the five GOP members of the panel, limits partisan subpoenas and sets a short-by-Washington-standards timeline for them to finish their work during this calendar year — and keep it out of 2022, when the full House and one-third of the Senate is on the ballot. The deal sidelines the White House entirely, contradicting what House Speaker Nancy Pelosi had proposed to give Biden’s team seats at the table. It also blocks any current government official from serving as an expert panelist.

But McCarthy and his allies are insisting that any legitimate commission would also look into the “political violence” during last summer’s social justice protests. McCarthy’s attempt to treat the coordinated anti-democratic effort on Jan. 6 as on the same plane as spontaneous outbreaks of violence during legal protests would be laughable if it weren’t so effective. By treating the Jan. 6 crowd — replete with white supremacists, military members and elected politicians — like rag-tag looters in Antifa, it muddles the events and leaves most Americans confused. Which may, in fact, be the goal.

The commission is likely to be approved by the House with only a few Republicans backing it. From the start, that limits its credibility compared to prior commissioners, such as the one that wrote the definitive account of Sept. 11, 2001. Just today, the two chairmen of the 9/11 Commission urged Congress to take up the inquest in a bipartisan manner.

But the commission’s odds are even more imperiled in the Senate. While the commission can get the endorsement of the House with a bare majority, it still presumably needs 10 Republicans to vote for it to overcome the filibuster. Senior aides expect the GOP conference to stay “unified enough” to deny Democrats a 60-vote majority, which means all of this wrangling over commissioners’ numbers and power was a waste of time.

With Democrats in control of the House, the Senate and the White House, it’s not hard to imagine Republicans sitting back and smiling. But it could backfire. Instead of focusing on Democrats’ big-ticket infrastructure proposals, they’re haranguing votes for a government panel that, while it’ll probably lay a lot of blame at Republicans’ feet, won’t ultimately matter when voters go to the polls next year. Lack of action to fix bridges and wire rural communities? That’s the stuff that actually animates an electorate. 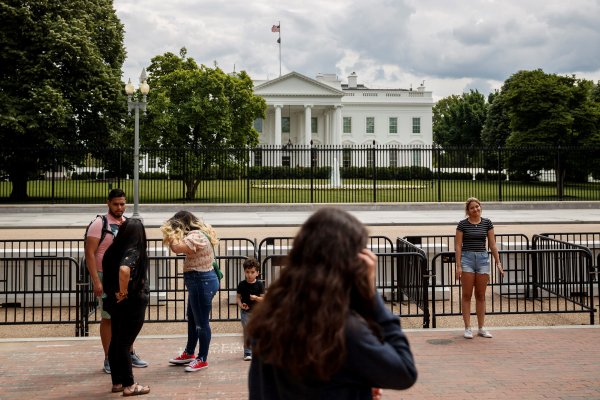