The many environmental challenges facing the world are far from evenly shared across regions. Of the 100 cities facing the greatest environmental risks, 99 are in Asia, according to a report published today by risk consultancy Verisk Maplecroft. Meanwhile, Europe is home to 14 of the 20 safest cities.

Many of those live in Asia. The region is not only the world’s most densely-populated–which puts pressure on water sources and compounds pollution from the widespread burning of coal and biomass fuels–but also has a large number of so-called “natural hazards” built into its geography. For example, there are a number of cities in Japan at risk of earthquakes, and many of the towns in Vietnam’s Mekong Delta are especially vulnerable to flooding.

The report ranks Jakarta, Indonesia’s sprawling capital of 10 million people, as the most vulnerable city in the world to environmental risks. Rising sea levels and land subsidence—due to the depletion of the natural aquifers under the city as people pump water out of the ground for drinking and washing—have made Jakarta the world’s fastest-sinking city, with flooding already a regular occurrence, and parts of the metropolis expected to be underwater by 2050. The city also suffers from air pollution due to nearby coal-fired power stations. The situation is so bad that the Indonesian government is planning to move its capital.

India fares the worst as a country, accounting for 13 of the 20 riskiest cities and 43 of the top 100 identified by the report, with Delhi, Chennand Chandigarh dealing with the greatest threats. India’s poor air quality is largely to blame for its high level of environmental risk. A study published in the Lancet last year found that air pollution contributed to 1.7 million premature deaths in India in 2019, and scientists say air pollution is driving up the death toll in the devastating COVID-19 outbreak unfolding in India this spring.

China has 37 of the 100 cities considered most at risk, with air pollution again the largest factor. President Xi Jinping has made cleaning up China’s air a priority since he took office in 2013, establishing programs that encourage the replacement of coal-powered stoves in homes with gas and electric ones and disciplining factories that exceed pollution limits, through fines and shut-downs. But the government remains behind schedule to meet its own targets, according to Bloomberg, especially as China has ramped up plans to build new coal plants as it recovers from the economic lull of the pandemic.

Cities in Africa overall have “vastly” lower levels of air pollution compared to their Asian counterparts, says Will Nichols, Head of Environment and Climate Change Research at Verisk Maplecroft, who led the report, and they also tend to face fewer threats from natural hazards.

But researchers said African cities were by far the most at risk from climate change—accounting for 38 of the 40 most vulnerable in an index focused solely on climate risks. That stems from the region’s poorly funded public services and infrastructure, as well as the extreme heat and weather events that climate change is already disproportionately making more common there.

Lagos, Nigeria’s largest city, faces Africa’s greatest environmental risks, ranking 144th out of 576 in total, due to problems with air quality, water pollution and heat stress. But it is the fourth most vulnerable to climate change in the world.

Researchers identified Glasgow–which is due to host a crucial U.N. climate conference in November–as the least vulnerable city to climate change in the world, and fourth safest for environmental risks overall. Though the Scottish city experiences some “natural flooding,” Nichols says. “It is low-risk for pretty much everything else.”

The outlook for U.S. cities is mixed. Most urban centers in the country have comparatively lower air pollution than cities in Asia and Europe, thanks to historic policy decisions on polluting fuels. Cities in the southwest face greater heat stress and a higher number of natural hazards, like earthquakes, than those in the northeast. Of the cities included in this report, Los Angeles has the greatest level of environmental risk, ranking 257th overall, driven largely by poor air quality, as well as California’s high number of natural hazards and the state’s severe water stress.

Verisk Maplecroft put this report together to guide companies making business decisions. But the takeaways may be equally important for communities and policymakers looking to the future of their cities. “These environmental threats are not going away and in many cases will get worse as a result of climate change,” Nichols says. “You need to start factoring them into your decision making today. Really, it’s not something that can kind of be left for tomorrow.” 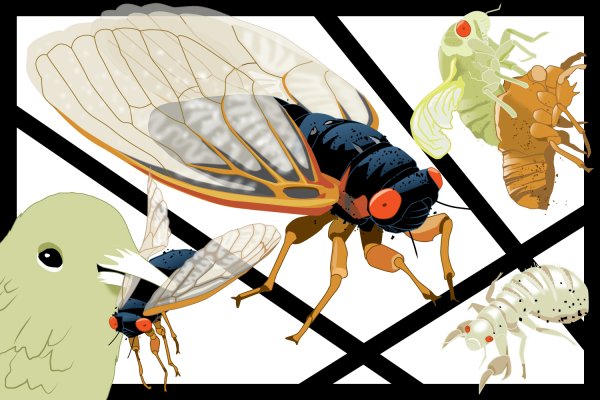