Biden’s Climate Summit Made Progress. But We Won't Reach Net Zero by 2050 Without Those Who Weren’t Invited

A girl walks past a sign for the Kingfisher oil field in the south-east of lake Albert in Uganda, on Jan. 24, 2020
Yasuyoshi Chiba—AFP via Getty Images
By Aryn Baker

The United States convened 40 heads of state in a virtual climate summit this week, with the goal of eliciting commitments from attendees for radical reductions in carbon emissions.

The U.S. pledged 50% reduction below 2005 levels by 2030, and others announced their own new targets — with the overall goal of putting the planet on track to carbon neutrality by 2050, the minimum needed to avert catastrophic climate change.

But before patting themselves on the back for a job well done, the leaders of those 40 nations, many of them advanced economies, might want to take a look at some of the countries that didn’t make the guest list.

Several developing and less stable nations are going in the opposite direction, building fossil-fuel energy infrastructure at this moment that will increase emissions for decades to come. Without their buy-in, the world going net-zero by 2050 is an unattainable goal. And environmentalists and climate finance experts say the wealthiest nations need to be doing more to bring the rest with them.

Shifting the burden of emissions

Just a few days before the summit, on April 11, the presidents of Uganda and Tanzania, along with the heads of French oil giant Total and the China National Offshore Oil Corporation, signed an agreement to start construction on a multi-billion-dollar pipeline project connecting the oil fields of Uganda to the Tanzanian coast some 1,400 km (850 miles) away.

Ugandan President Yoweri Museveni has called the project an “economic victory,” bringing thousands of jobs while funding Uganda’s transition to affluence. The pipeline, he says, could do the same for neighbors South Sudan and the Democratic Republic of Congo, becoming the “core of bigger developments,” should they choose to exploit and export their own vast oil resources.

It’s true that EACOP’s total emissions pale in comparison to the output of most countries attending Biden’s climate summit. But the project still underscores how vulnerable global net-zero pledges are to competing demands for economic growth, says Landry Ninteretse, the Kenya-based Africa Regional Director for the climate advocacy group 350.org. “You can’t say ‘yeah we’re going to meet this net-zero target by 2050, but at the same time let’s allow a couple of projects to move forward.’”

In addition to reduction pledges, he says he would like to see the summit’s attendees start providing real climate solutions for smaller or less wealthy nations. “That starts with a commitment to stop any new fossil fuel development project, whether it’s coal, gas or oil, while prioritizing investments that will help transition away from fossil fuels.”

It is disingenuous, Ninteretse says, for countries like China or France to commit to reducing emissions at home, while allowing private or public companies to build fossil fuel projects abroad. A dozen coal-generated power plants are currently under construction in Africa, and another 20 have been announced, according to the Global Coal Plant Tracker.

Those investments, says Ninteretse, “are coming from the very fossil fuel corporations that are no longer authorized to operate in most of the global north context, so they are seeking new ventures in the global south, where maybe the issue of transparency, accountability, and environmental regulations are not so well enforced. They’re just shifting the burden to a continent that is already suffering the most from the impact of climate change.”

How to grow while staying green

Right now, the countries of Africa are together responsible for less than 4% of global carbon emissions. But their population is set to double by 2050, to 2.5 billion people. The need for jobs, and for energy to power those jobs, is paramount. Yet development aid and private investment into green energy is significantly lower than in traditional fossil fuels. Coal, oil and gas will account for up to two thirds of the continent’s electricity generation by 2030, according to a January report from the University of Oxford published in the journal Nature Energy. While some African nations, such as Kenya and Ethiopia, have set ambitious “green growth” targets, other governments argue that the cost of renewable energy is simply too high for their developing economies.

The only way to flip Africa’s energy balance is if there is significant investment, says Mark Carney, the United Nations special envoy for climate action and finance. “Of course the objective here is to rapidly grow the these [African] economies alongside decarbonization. That puts a huge emphasis on the availability of finance.”

As part of the 2015 Paris Agreement, wealthy nations agreed to set aside $100 billion a year in climate financing to help developing nations adapt to climate change and transition to renewable sources of power. But it is still underfunded—in 2018, the latest information available, countries had only committed a total of $78.9 billion—and does nothing to stop the dozens of fossil fuel projects already in progress on the continent.

Another challenge for the international community will be convincing people from emerging countries that a green transition will benefit them. Ugandans themselves largely support the East Africa oil pipeline, says Ugandan climate activist Vanessa Nakate. “They are seeing this oil like a blessing, something that is going to bring lots of money and jobs to the country. They do not have the awareness of the destruction that is going to happen to our country, to the planet.”

Better education is vital, she says. So too is holding the private sector to account. Total’s 72% ownership share in the project flies in the face of its stated commitment to become carbon neutral by 2050, says Nakate. “My question is, how is Total achieving net-zero by leading the construction of the East African crude oil pipeline? Because constructing this pipeline means that we won’t be able to limit the global temperature rise. Net zero does not mean that you allow more decades of environmental destruction.”

Total, the China National Offshore Oil Corporation and the Ugandan and Tanzanian national oil companies still have to secure insurance and raise $2.5 billion in debt financing for the project to move forward. She is hoping that a global awareness campaign could make investment banks think twice before committing funds. “This fight is not something for activists in Uganda alone,” she says. “If the African continent really wants to go net zero, it has to opt for more sustainable ways of development. Our future is not on fossil fuels, our future is on renewables. And this is something that our leaders, and our companies, have to understand.”

Developing countries will have an opportunity to address those issues in just a few months, at the United Nations Climate Change conference in Glasgow in November. Carbon emission reductions will still be a hot topic, but net-zero pledges alone won’t be enough: with all 197 signatories to the Paris Agreement hoping to be in attendance, discussions will focus on a more equitable approach — where countries with the lowest emissions can negotiate for greater assistance to stay that way. 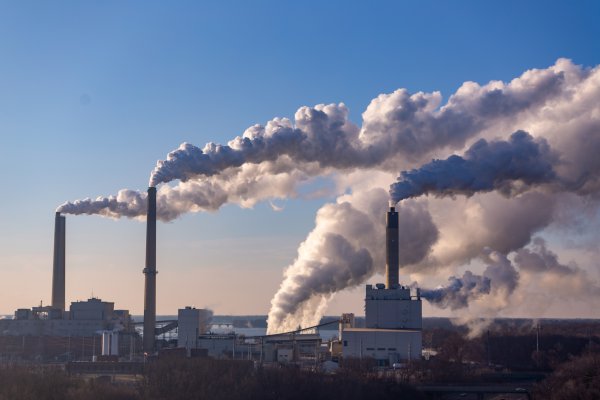 Global Carbon Emissions Set for Second-Largest Annual Increase in History in 2021 Despite COVID-19 Restrictions
Next Up: Editor's Pick