If Democrats wanted to pass a straight, party-line infrastructure plan with a price tag reaching into 13 digits, they could. Senate Majority Leader Chuck Schumer wrested a green-light from the Senate’s rules maven in February that would let Democrats jam a massive spending plan through a budgeting loophole. And, assuming every Democrat holds the line and Vice President Kamala Harris is available that day, Democrats have the votes to spend the $2 trillion on roads, airports, schools and the Internet that President Joe Biden has outlined. Republicans can whine and attack, but they can’t stop it without Democratic help.

Democrats, however, aren’t willing to go that route — at least not yet. The specifics differ among camps but the overriding desire here is the same: Democrats want to stay in power, and the blowback from an all-Team Blue bill on something that should be patently appealing across the spectrum would make their fragile majority even more perilous.

There are some, like Sens. Joe Manchin, Kyrsten Sinema and Mark Kelly, who know they’re already on borrowed time in the chamber, representing states that don’t normally send Democrats to Washington. Going full-tilt partisan would cut against their claims to be political independents who are fighting for their constituents and not doing the bidding of Democrats broadly. Arizona loves a good maverick, and both Sinema and Kelly have wrapped themselves in that cape. We’ve written in The D.C. Brief before about Manchin’s politics and the pressure he faces at home in West Virginia — the state that gave Trump his second-biggest margin of victory.

Others like Biden-whispering Sen. Chris Coons think there’s no reason to move unilaterally when it’s in Republicans’ interest to make sure their tunnels don’t collapse on top of voters. Even this week, Coons was praising Republicans’ $568 billion counter-offer to the $2 trillion proposal as a good starting point — despite its diminished scale. In the end, it would be just about one-tenth of the new money Biden is seeking. But, sure, let’s start with something, these Democrats argue.

The White House isn’t urging its allies to fall in line on pursuing a unilateral bill, either through pressure applied to lammakers or promises to have vulnerable members’ backs when it comes time to run again. At her daily briefing, Biden spokeswoman Jen Psaki said the White House welcomes the GOP counter and Biden would invite the authors to meet next week. Biden has already been working the Republicans with Oval Office visits and patient listening sessions. Even Biden’s harshest critics have appreciated that the President appears sincerely engaged and has been taking notes.

All of which leaves Schumer in something of a holding pattern. House Democrats, led by Speaker Nancy Pelosi, have shown no hesitation in going it alone, as they did on the last round of stimulus spending to confront the COVID-19 economy. Schumer could do the same, as he did with that bill, which passed 50-49. (Republican Sen. Dan Sullivan of Alaska missed the vote to attend his father-in-law’s funeral.)

Biden thinks the infrastructure plan deserves Republican buy-in. That may well be the case, but he was also in the room back in 2009 when the Obama team chased Republican votes for their stimulus package, to come up empty in the House and ultimately winning over just three Republican Senators. It was the same way as Obama’s team spent months negotiating with Republicans on what we call Obamacare; in the end, not a single Republican voted for it even after Democrats watered it down and scaled-back its size and ambition.

Republicans like Sen. Lindsey Graham have already been vocal about how they would deploy procedural hiccups to delay an all-Democratic pathway. The Senate parliamentarian gave Schumer a path to pass infrastructure along a party-line vote but underlying Senate rules can still trip up Democrats if they get too greedy. This is part of the reason the White House retains a level of optimism that officials can shepherd a measure into law with broad support and without parliamentary trickery.

But doing so would require everyone involved to set aside their situational awareness. Progressives have been very public about their desire to dismantle the 60-vote filibuster in the Senate for most legislation. Well, the filibuster isn’t a factor here. Democrats could rally together and pass this as a partisan piece of legislation. There aren’t many signs that Republicans are going to come along. After all, they all stood against the last stimulus bill — and then bragged to constituents about all of the goodies that were heading home. No, really. That happened. Again. In the words of Pelosi, they “vote no and take the dough.”

But Schumer knows politics better than most in this town. Sure, he could force Manchin to take a difficult vote. But he’d also be sacrificing possibly the only Democrat who can win that seat in the state. Without exception, Manchin can be a thorn in Democrats’ side — but he’s a heckuva’ lot better for their agenda than his last opponent, a former pharmaceutical lobbyist who as West Virginia’s attorney general spent a good bit of time fighting Obama’s EPA and gun safety regulations.

It’s similar for Sinema and Kelly. Arizona Republicans are still fighting Biden’s win in the state, conducting an audit this week trying to prove Trump’s baseless claims that fraud cost him the state. Biden became the first Democratic to win electoral votes from the state since 1996. Democrats can win in Arizona; it’s just that they don’t win it when they’re running as true-blue partisans. The question lingers: Is winning this vote worth Schumer yielding the majority back to Republican Leader Mitch McConnell for at least two more years? 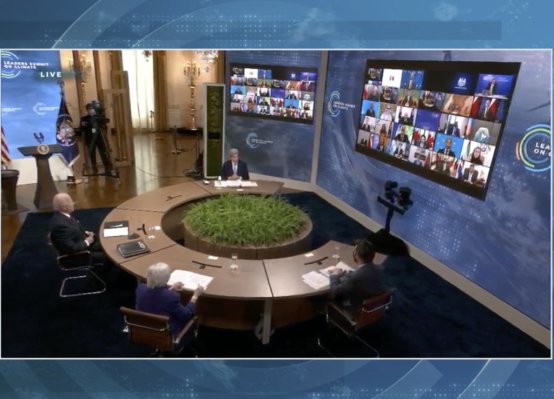 Biden’s Climate Summit Launches the World Into a Climate Sprint
Next Up: Editor's Pick