Why the Democrats' Infrastructure Bill Hinges on One Ruling

More than Joe Biden’s oft-touted ability to work across the aisle and Senate Majority Leader Chuck Schumer’s talent for holding together his Democratic colleagues, the fate of Democrats’ massive infrastructure plans may hinge on a person relatively unknown outside the Beltway: the Senate parliamentarian.

That’s right. The fate of the $2 trillion infrastructure plan to rebuild roads and bridges, combat climate change and upgrade airports will most likely come down to the ruling of the Senate parliamentarian Elizabeth MacDonough, the arbiter of what is — and is not — allowed under the Senate’s arcane rules.

If MacDonough, a lawyer who has been with the parliamentarian’s office since 1999 and in the top job since 2012, says Democrats are playing too fast and loose with a procedural loophole, she can pretty much shut down their ambition to pass this huge piece of legislation with a bare majority of 50 votes plus Vice President Kamala Harris. If she gives them the greenlight, then they can narrowly open the door for big-ticket legislation without fear of rule debris on this and perhaps future ambitions. Schumer asked MacDonough for her permission last week, and a ruling is expected at any time.

Officially, Democrats say they want to piece together an infrastructure package that can win every Democratic vote and 10 more from the Republicans. Doing so would let them shepherd the legislation through the regular process. But with Senate Minority Leader Mitch McConnell pretty much shutting down that path last week, the remaining option is for Democrats to avail themselves of a procedural backflip that lets them pass legislation through the 100-person Senate with a simple majority. Known as budget reconciliation, the trickery was used to clean up pieces of Obamacare, pass the Donald Trump- and George W. Bush-era tax cuts and Biden’s pandemic-relief bill.

But there are limits to what can be shoehorned into legislation passing through the eye of this needle, and MacDonough is the last word on what those limits are. Lawmakers can’t load up the legislation with unrelated pieces, which is why Sen. Ron Johnson’s attempt to tack onto the 2017 tax cuts an option allowing churches to endorse candidates fell off. Similarly, measures passed this way can’t saddle future budgets — usually 10 years away — with red ink, which is why the Bush tax cuts were designed to expire in 2010. (Obama later made 82% of those cuts permanent.) Finally, bills coming forward like this can’t touch Social Security, meaning they can’t raid seniors’ pensions to build a train terminal.

MacDonough is seen as a by-the-book institutionalist. Neither McConnell nor Schumer have cast her as a partisan hack; her rulings are widely perceived as down-the-middle verdicts. She has infuriated partisans of both teams with her rulings, but her calls have mostly been seen as rational and justified. And, in the rare case where she thinks she’s strayed, she has admitted error.

The Senate, of course, can vote to ignore its own in-house rule wonk with a 60-vote majority, but that is not expected to happen. Nor is it likely that Harris, as the presiding officer of the Senate, would unilaterally overrule the parliamentarian for the first time since 1975.

As Democrats start to turn Biden’s wishlist into actual legislation, they will need to exercise aggressive care to not overreach for MacDonough to allow them to pass a legislative package using reconciliation that includes broadband, veterans’ health and a slimmed-down version of the Green New Deal. For now, Washington can only wait, and try to anticipate MacDonough’s next move. 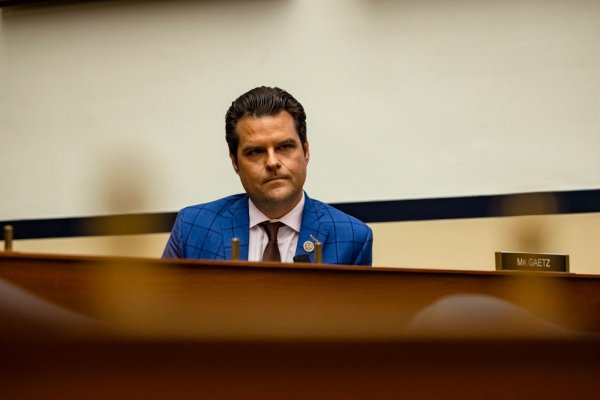 Matt Gaetz Gets Headlines for the Scandals. He Should Worry About the Receipts
Next Up: Editor's Pick