Joe Manchin in the Middle

If Kremlinology was the study of state propaganda in the former Soviet Union for clues about who is in and who is out, Manchinology is the new spycraft in the Senate.

How did we get here? Well, it took a month for the two party leaders in the Senate to agree to the rules of the 117th Congress. It took about as long after that for everyone else at the Capitol to look around and realize that those bumpers might relegate the next two years to paralysis, standoffs and acrimony.

The Senate’s top Republican, Mitch McConnell of Kentucky, had demanded assurances from his counterpart, Chuck Schumer of New York, that Democrats would not move to gut the filibuster, a legislative tool that allows the minority party to block almost everything unless the majority can muster 60 votes to move ahead. McConnell was looking around after losing two seats in Georgia in January and wanted to make sure his party wasn’t going to be relegated to furniture in the Upper Chamber when each party controlled an even 50 seats and Vice President Kamala Harris was the tiebreaker on every party-line vote.

Eventually, McConnell was assuaged when Democratic Senators Joe Manchin of West Virginia and Kyrsten Sinema of Arizona both made sufficient public declarations that the filibuster was here to stay. (They had said as much before.) McConnell declared victory and agreed to a power-sharing agreement that gave Democrats operational control while preserving equal staff and office space to both parties. It was similar to a 2001 agreement that briefly saw a 50-50 Senate.

But then things started to quiver. Democrats began to realize that their agenda was tied to a power-sharing agreement that still requires 60 votes for almost everything. And Republicans, as evidenced in the vote for the just-passed $1.9 trillion pandemic-relief package that drew not a single vote from the GOP side in the House and Senate, are unlikely to play ball on the big-ticket items. Frustrated Democrats began to rethink the filibuster, and started to look around to see if there were votes for change. Manchin seemed ripe for the picking. Or the scapegoating.

Over the weekend, Manchin held up the pandemic legislation with demands it be scaled back. Democrats had no choice but to heed his ask. Without him, the measure would have failed. And, going forward, as Democrats consider changing the rules to allow them to govern by the basic majority rule, Manchin, again, will be crucial. (Stay tuned — this newsletter tomorrow will consider the actual ways Democrats could change the filibuster rules.)

In a way, this all arguably makes Manchin the most powerful member of the Senate. Since the pandemic relief package passed on Saturday, Manchin remained at the fore. Taking something of a Sunday morning stroll on the political shows’ red carpet, he seemed to indicate that he was willing to move to a “talking filibuster,” meaning the objecting Senator would have to maintain a physical presence in blocking things from moving forward. A day later, he backed off that and aides said he still prefers 60 votes. And then by Tuesday, Manchin was gobsmacked that anyone would have so much interest in what he has to say about Senate rules at all. “Jiminy Christmas, buddy. That’s why I even hate to say anything to you,” he told Politico.

But this is where we are in the Senate: parsing Manchin’s every word for a hint he’s going to move. Things are likely to remain parked for some time. Liberals are taking issue with Manchin’s Lucy-and-the-football fake-out. They are trying to add pressure to him to get on-board a move to reform the filibuster, if not kill it.

Manchin knows his power at this moment. When he was interviewed on Fox News Sunday, host Chris Wallace cut right to the point: “You are on four Sunday shows today, and the question I have is: are you enjoying your position of power maybe a little too much?” Manchin, seeming to pause a minute here, returned with modesty. “I sure hope not. Oh, my goodness. That would be horrible,” Manchin said.

Manchin is an old-school politician who knows how to read his state. Until tweets can vote in Morgantown, he doesn’t really care what they say. Manchin represents a state that leans hard Red; conservatives outnumber liberals in his state by a 45-17 margin, according to Pew surveys. The state’s current Governor, billionaire Jim Justice, won his first campaign ever back in 2016 as a Democrat, switched parties a year later and campaigned with President Donald Trump, who carried the state last year by 39 points. In other words, if Democrats want Manchin to scrap the filibuster to achieve a progressive wish list, they can start by passing a bill to subsidize movers to pack his office after he loses his seat in 2024.

When Manchin won the gig as West Virginia Governor in 2004, it was the first time since 1964 that a member of the same political party followed his predecessor into office. When Manchin ran in 2010 to fill the balance of the late Sen. Robert Byrd’s term, the NRA-endorsed candidate ruffled feathers in Washington when fired a rifle at Democrats’ Cap and Trade bill in one memorable ad. But he won. And keeps winning in a state that last voted for a Democrat for President in 1996. Having his constituents back home see him as a check on liberals and a hugely consequential figure is good politics.

Manchin isn’t going to suddenly start caring about liberals’ desire to change the filibuster. Truth be told, the filibuster blocking the progressive agenda is probably welcomed by Manchin. It saves him from voting against a $15-an-hour minimum wage, environmental protections or LGBTQ rights. (Manchin was the lone Democratic Senator in the last Congress not to co-sponsor the Equality Act, although he now seems open to it as long as it can get 60 votes.) In a way, the filibuster saves Manchin. As he erupted at reporters at the Capitol last week: “Jesus Christ, what don’t you understand about ‘never’?”

For liberals who are counting on him to blink, the answer seems to be a whole lot. 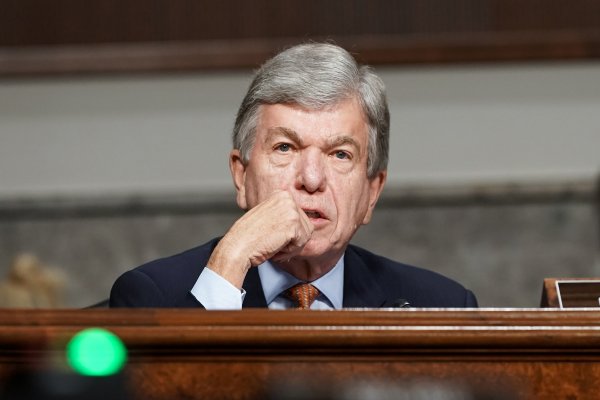 Why Mitch McConnell Might Not Get a Donald Trump Reprieve
Next Up: Editor's Pick