The Media Is Partly or Completely Restricted in 132 Countries, According to the 2021 World Press Freedom Index

Women wearing black clothing and tape crossed over their mouths hold white roses as they march on March 2, 2021, in Minsk, during a demonstration against the conviction of a doctor and a journalist over the disclosure of medical records of a protester who died after being detained at one of the post-election rallies that swept Belarus last year.
AFP via Getty Images
By Amy Gunia

At a time when it’s vital to have access to reliable information to combat COVID-19-related misinformation, journalism is restricted in well over two thirds of the globe. That’s according to data published Tuesday by Reporters Without Borders (RSF).

According to the the 2021 World Press Freedom Index, which measures curbs on access to information and obstacles to news coverage, journalism is “totally blocked or seriously impeded” in 73 nations and “constrained” in 59 others. Those 132 countries represent just over 73% of the 180 nations surveyed.

“The pandemic has been used as grounds to block journalists’ access to information sources, and reporting in the field,” RSF secretary-general Christophe Deloire said in an online press conference Tuesday. “This closing of accesses contradicts with the basic principle of journalism.”

He also expressed concern that some restrictions would stay in place even if COVID-19 abated. “We cannot even trust that the access will be restored when the pandemic will be over,” he said.

Political scientist and author Francis Fukuyama, who joined the press conference, said the pandemic “gave governments an excuse to strengthen executive powers, and the like. And so we’re in a very dire situation and it’s really important for civil society groups like RSF to push back against this.”

The pandemic and press freedom

In the Asia-Pacific region, authoritarian regimes have used the pandemic to “perfect their methods of totalitarian control of information, while the ‘dictatorial democracies’ have used coronavirus as a pretext for imposing especially repressive legislation with provisions combining propaganda with suppression of dissent,” according to RSF.

That includes Malaysia, which fell the most places on this year’s list, tumbling 18 spots to 119. Last month, the Malaysian government used new emergency powers to push through laws to make it a criminal offense to create, publish, or disseminate “fake news” relating to the virus or the proclamation of emergencies in the country.

China maintained its spot at 177. The world’s most populous country “continues to take Internet censorship, surveillance and propaganda to unprecedented levels,” the report says, adding that the pandemic has exacerbated the trend. “Beijing has taken advantage of the COVID-19 pandemic to enhance its control over online information even more.”

Cédric Alviani, head of RSF’s East Asia bureau, said “The Asia-Pacific has a tradition of being a very difficult region for press freedom and in recent years there’s been a downfall in almost every territory.”

He added: “We can see the influence of China in the background, because several of these countries have adopted regulations that are almost copy and pasted from China, like control of the internet and anti-fake news regulations.”

But the pandemic has presented challenges for journalists across the globe, and governments worldwide have clamped down on the reporting of COVID-19-related information.

El Salvador fell 8 spots to 82, owing to the difficulties faced by journalists trying to get official information about the government’s handling of the pandemic.

In Egypt (166), the government banned publication of non-government pandemic figures and arrested several people for circulating figures larger than the official numbers.

In Zimbabwe (down 4 at 130), an investigative reporter was arrested after exposing a scandal related to the procurement of COVID-19 supplies, while in Tanzania (124 on the list), the former president imposed an information blackout on the pandemic before he died in March 2021.

Even in Norway, ranked the best country for press freedom for a fifth year, there were claims from journalists about the difficulty in accessing pandemic-related government information.

Zimbabwean journalist Hopewell Chin'ono is embraced by a supporter following speaking to the press after his release on bail from Chikurubi Maximum Prison in Harare, on September 2, 2020.
JEKESAI NJIKIZANA/AFP via Getty Images

In India, which held its spot at 142, the government has used laws to silence government critics.

“Journalists who dare to criticize the government are branded as ‘anti-state,’ ‘anti-national’ or even ‘pro-terrorist’ by supporters of the ruling Bharatiya Janata Party (BJP),” says RSF. “This exposes them to public condemnation in the form of extremely violent social media hate campaigns that include calls for them to be killed, especially if they are women.”

In March, a group of 10 international NGOs urged the Indian government in an open letter to suspend sweeping new Internet regulations that critics say are a step towards “digital authoritarianism.” The new rules, brought in by executive order in February, give the government sweeping new powers to force tech companies and news outlets to comply with government surveillance and censorship demands.

Read More: Rodrigo Duterte Is Using One of the World’s Longest COVID-19 Lockdowns to Strengthen His Grip on the Philippines

Other clampdowns on the press

Journalists were subject to a crackdown related to anti-government protests in Belarus. Speaking at the RSF press conference, Svetlana Tikhanovskaya, a human rights activist who ran as the opposition candidate in last year’s presidential elections, said: “Journalists are being beaten, their equipment is broken. They are prosecuted heavily and sent to jail for years, and they are also heavily fined for working for foreign media outlets, and of course there is censorship in Belarus. Journalists are denied access to information.”

Meanwhile Thailand, the Philippines, Cambodia and Indonesia “adopted extremely draconian laws or decrees in the spring of 2020 criminalizing any criticism of the government’s actions and, in some cases, making the publication or broadcasting of false information punishable by several years in prison,” RSF said.

The situation for the press in Myanmar has also become increasingly perilous since the military deposed its democratically elected government on Feb. 1. Security forces have persecuted journalists covering the ongoing protests.

The RSF also registered concern over Hong Kong’s national security law—implemented in June 2020—and Facebook’s February news ban in Australia, when the tech giant temporarily banned Australian media from publishing on its website.

People from Bagong Alyansang Makabayan (Bayan) take part in a protest against the Philippine government-ordered shutdown of broadcaster ABS-CBN while observing social distancing outside the College of Mass Communication at the University of the Philippines in Manila on May 8, 2020.
Maria Tan—AFP/Getty Images

The report did point to several instances where journalism was able to combat virus-related misinformation, including in Brazil and Venezuela, whose leaders promoted COVID-10 remedies that lacked scientific support.

“Fortunately, investigative journalism by media outlets such as Brazil’s Agência Pública and in-depth stories by Venezuela’s few remaining independent publications were able to counter their claims with the facts,” says RSF.

Despite Africa being the most violent continent for journalists to work in, several African countries showed significant improvements in press freedom, according to RSF. Burundi jumped 13 spots to 147 after four independent journalists received a presidential pardon. Sierra Leone rose 10 places to 75 following the repeal of a decades-old criminal libel law that stifled free speech. Mali rose nine places to 99 after a marked decrease in the number of abuses against its journalists.

Europe and the Americas are the most favorable regions for press freedom, according to RSF. Despite attacks on the media by former president Donald Trump, press freedom in the U.S. is considered “fairly good,” with the country ranked at 44 on the list. 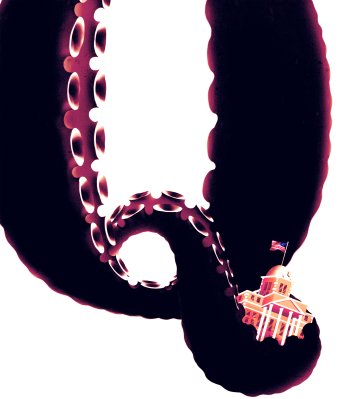