Press freedom organization Reporters without Borders (RSF) has filed a criminal complaint in Germany that seeks to have Saudi Crown Prince Mohammed Bin Salman and four other high-ranking officials charged with crimes against humanity, including over the 2018 killing of journalist Jamal Khashoggi.

The lawsuit, submitted to Germany’s Public Prosecutor on March 1, is the first ever to be filed against Saudi Arabia in Germany. The country was selected both because the German government has demonstrated a commitment to press freedom and the protection of journalists around the world and because its legal system gives courts jurisdiction over core international crimes committed abroad, RSF said.

The suit comes less than a week after the CIA released an intelligence report that concluded the Crown Prince had “approved an operation to capture or kill Khashoggi.” The Washington Post columnist was murdered by assassins inside the Saudi consulate in Istanbul, Turkey in October 2018.

After the CIA report was made public, U.S. sanctions and visa bans for 76 Saudi officials followed. But exiled Saudi dissidents, and friends of Khashoggi, have voiced disbelief and anger that the Biden administration stopped short of penalizing bin Salman himself. On March 1, the State Department declined to confirm whether the Crown Prince was among the officials subject to a travel ban, the Guardian reports.

“Those responsible for the persecution of journalists in Saudi Arabia, including the murder of Jamal Khashoggi, must be held accountable for their crimes,” RSF Secretary-General Christophe Deloire said in a press release detailing the organization’s criminal complaint. The rights group ranks Saudi Arabia 170th out of 180 countries on its World Press Freedom Index.

In addition to Khashoggi’s killing, the RSF complaint addresses the situation of 34 journalists it says are arbitrarily imprisoned in the Kingdom. They include writer Raif Badawi, who was sentenced to 10 years imprisonment in 2014 and 1000 lashes on charges related to content on a blog he founded. Over 500 pages, the complaint details instances of willful killing, torture, sexual violence, enforced disappearances, and other crimes against humanity committed against journalists, according to the RSF press release.

On Feb. 24, a German court sentenced a former member of Syrian President Bashar al-Assad’s security services to four and a half years in prison for abetting the torture of civilians. The trial, under the legal principle of universal jurisdiction, represented the first such verdict for crimes against humanity in the 10-year-old Syrian civil war. 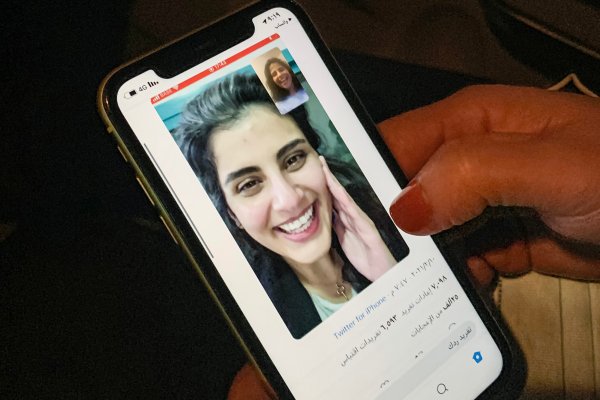 Saudi Activist Loujain al Hathloul is Out of Jail. But Justice Remains a Distant Hope
Next Up: Editor's Pick