The U.S. Death Rate Rose Significantly During the COVID-19 Pandemic

COVID-19 was the third-most-common cause of death in the U.S. in 2020, contributing to more than 375,000 deaths, and a 16% increase in the national death rate, according to provisional data published today by the U.S. Centers for Disease Control and Prevention (CDC).

The COVID-19 pandemic is a clear culprit. The weeks ending April 11 and December 26 were the deadliest for the U.S. last year, coinciding with two major COVID-19 surges.

The virus was listed as an underlying or contributing cause of death for more than 377,000 people in the U.S. in 2020—which is likely an underestimate, if anything, since testing was hard to come by in the spring of 2020. Only heart disease and cancer killed more Americans in 2020. Meanwhile, suicide was pushed out of the top 10 causes of death; unintentional injury, stroke, lower respiratory disease, Alzheimer’s, diabetes, influenza/pneumonia and kidney disease rounded out the list.

Though these figures are provisional and may change somewhat as the CDC’s data are finalized, they paint a stark picture. Last year marks the first since 2017 that the national death rate rose. It’s too soon to say whether the trend will continue in 2021, but COVID-19 remains a major cause of death both in the U.S. and globally. More than 550,000 coronavirus-related deaths have been reported in the U.S. since the pandemic began, and the virus continues to kill hundreds of people in the U.S. each day. 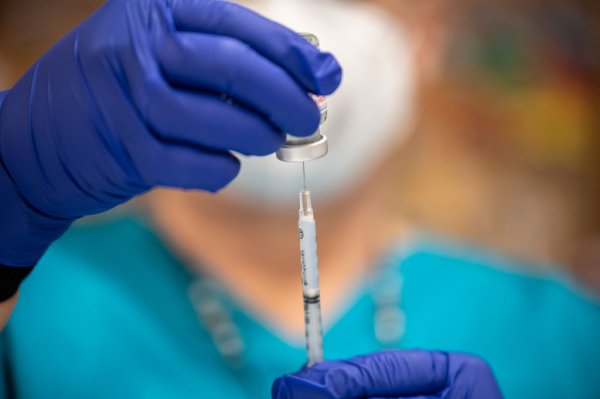 Is the U.S. Entering a Fourth Wave of COVID-19?
Next Up: Editor's Pick