Here Are the 15 New Books You Should Read in April

The best new books arriving in April tackle a wide range of subjects, from a sweeping anthology that illuminates the history of Black farmers in the United States to the firsthand account of an EMT in New York City. This month welcomes the return of award-winning authors like Jhumpa Lahiri and Haruki Murakami as well as the first novels from Morgan Jerkins and JoAnne Tompkins. Here, the best books to read in April.

In her new anthology, Natalie Baszile examines the relationship between Black farming and American culture through essays, photographs, first-person accounts and more. Together, these pieces dissect the legacy of Black farmers in the U.S. and the impact of land loss and food injustice over generations. In illuminating how these farmers persevered in the face of such challenges, Baszile creates a moving collection about identity, food and community.

Buy Now: We Are Each Other’s Harvest on Bookshop | Amazon

I’m Waiting for You: And Other Stories, Kim Bo-Young (April 6)

The two sets of paired stories in Kim Bo-Young’s newly translated work of speculative fiction confront life’s biggest questions: How long can love endure? Who decides what makes a person good or bad? And is there really such a thing as free will? These are heavy topics, but Kim tackles them with playful prose and a creative eye. Her narratives, which are set in the future, drive us to reconsider our present and all that we take for granted.

Buy Now: I’m Waiting for You on Bookshop | Amazon

In her memoir, Pulitzer Prize–winning playwright Quiara Alegría Hudes details her coming-of-age in Philadelphia surrounded by her Puerto Rican family. In lyrical terms, she describes the stories that filled her life, told in both English and Spanish, and examines her relationship with language. In the process, she considers how these stories have informed her artistry and sense of home. The result is a moving self-portrait of an author reckoning with the worlds she straddled and the communities she found along the way.

In her debut novel, Morgan Jerkins tells the story of the notorious Melancons—a family in Harlem that derives special powers from caul, an amniotic layer of skin that affords them miraculous healing properties. Concerned with questions of motherhood, fertility and race, Jerkins captures the Melancons and their grip on their community, which starts to unravel as the youngest member of the family begins to question where she really came from.

Novelist Rachel Kushner blends journalism, memoir and criticism in her new collection of essays. The 19 pieces, which are from the past 20 years of the author’s career, are wide-ranging in scope. In one, Kushner recounts a visit to a Palestinian refugee camp; in another, she reflects on the music scene of her youth in San Francisco. Throughout, her energetic voice carries the reader through as she muses about art, nostalgia, writing and more.

As an EMT in New York City, Jennifer Murphy is able to provide an intimate look at what it’s like to be on the frontlines. In her memoir, she offers a window into the world of EMTs, describing the grief and chaos that come with being a first responder (along with some unexpected, but necessary, moments of humor). The book is a wrenching account of Murphy’s experiences before and during the COVID-19 pandemic in New York, catapulting readers into scenes of crisis and rescue efforts.

The hotly anticipated new book from celebrated author Haruki Murakami features eight short stories, and, as described in the title, each is told by a first person narrator. The question of perspective is important, as these narrators may offer glimpses into the author’s own thoughts. Featuring the magical realism that he’s best known for, Murakami’s latest collection moves from narratives about music to baseball to jazz albums and more.

While preparing for her daughter Ruby’s upcoming high school graduation, Flora Mancini discovers an envelope with her husband’s wedding ring inside, which is curious because he claimed to have lost the ring in a pond during a summer trip many years before. The ring’s reappearance has unforeseen ­consequences—ones that ripple throughout the second novel from Cynthia D’Aprix Sweeney, author of The Nest. In navigating the many fissures in her relationships with her husband and her best friend, Flora must come to terms with all that she didn’t know about the people closest to her.

What Comes After, JoAnne Tompkins (April 13)

JoAnne Tompkins’ gripping debut novel begins with the most unwelcome of endings: the apparent murder-­suicide of best friends Jonah and Daniel. The teenage boys leave behind a devastated Quaker community in Washington State where Isaac, Daniel’s father, finds himself with an unlikely house guest, a pregnant 16-year-old girl. Tompkins flips between perspectives, including the harrowing thoughts of one of the boys before his death, to reveal the heartbreaking intersections of her characters’ lives. What Comes After is equal parts thrilling mystery and aching examination of grief and guilt.

Buy Now: What Comes After on Bookshop | Amazon

I Am a Girl from Africa, Elizabeth Nyamayaro (April 20)

When she was 8 years old, Elizabeth Nyamayaro was surrounded by death and devastation as a draught came over her village in Zimbabwe. A United Nations aid worker saved her from starvation. In her memoir, Nyamayaro explores this transformative moment in her childhood and how it drove her to become an activist and fierce advocate for change. She shares personal stories of perseverance as she reflects on what it took to make it to the U.N. herself as a Senior Advisor, where she went on to launch the HeForShe campaign.

Buy Now: I Am a Girl From Africa on Bookshop | Amazon

From a Whisper to a Rallying Cry: The Killing of Vincent Chin and the Trial that Galvanized the Asian American Movement, Paula Yoo (April 20)

In 1982, Vincent Chin, a Chinese American man, was beaten to death by two white men at a club. Blending together court transcripts, interviews and more, Paula Yoo revisits this horrific killing and the trial that followed. From a Whisper to a Rallying Cry, written for young readers, is a bruising account of the aftermath of Chin’s death, from the outrage it sparked over hate crimes and racism to the protests that shaped the Asian American movement.

Buy Now: From a Whisper to a Rallying Cry on Bookshop | Amazon

Expanding on her viral 2018 essay of the same name, Michelle Zauner takes a stirring look at her relationship with her mother, food and identity in her new memoir. Zauner, the indie pop star who performs under the moniker Japanese Breakfast, describes her difficult adolescence as one of the only Asian ­American kids at her school in Oregon. When Zauner was 25, her mother was diagnosed with terminal ­cancer—forcing the singer to grapple with her Korean American identity and her mother’s presence in her life. In her book, she captures, in piercing terms, the powerful connections between food and family.

You Are Your Best Thing: Vulnerability, Shame Resilience and the Black Experience, Tarana Burke and Brené Brown (editors) (April 27)

Curated by Tarana Burke, the founder of the ‘me too’ movement, and best-selling author Brené Brown, this powerful new essay collection brings together a group of influential Black voices, including Kiese Laymon, Imani Perry, Austin Channing Brown and Jason Reynolds. Their pieces center on vulnerability and shame resilience, and ask urgent questions about the impact of white supremacy on Black lives.

Buy Now: You Are Your Best Thing on Bookshop | Amazon

In her first novel in nearly a decade, Pulitzer Prize winner Jhumpa Lahiri tells the story of an unnamed woman as she questions who she is and where she fits into the world. The reader gets to know this contemplative narrator through a series of vignettes that showcase her witty observational skills and Lahiri’s piercing prose. Whereabouts finds the protagonist often wandering around her European city, reflecting on her relationship with her mother and the people who move in and out of her life. It’s a quiet and emotional text—originally written in Italian and translated into English.

Ten interconnected essays make up Elissa Washuta’s electric new nonfiction collection. In them, the author, who is a member of the Cowlitz Indian Tribe, unveils her efforts at healing following years of struggling with sobriety, PTSD and a misdiagnosis of bipolar disorder. She asks haunting questions about intoxication, love, grief and more, all while interspersing references to the pop culture that has informed her life, from Twin Peaks to Stevie Nicks. These are seemingly disparate threads, but Washuta ties them all back to her quest to understand the impact of everything that she’s endured. 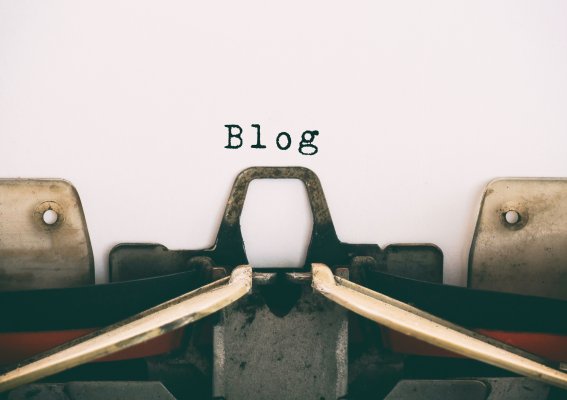 From ‘Scientist’ to ‘Spam,’ the Surprisingly Playful Origins of English Words
Next Up: Editor's Pick