There is a whole lot of vomiting in The Serpent. Young hippie couples on holiday who’ve unwittingly befriended a murderer suddenly lose their dinners or pass out in puddles of puke. A guy in John Lennon sunglasses who dances too close to the murderer’s girlfriend soon collapses, spewing liquid, at a pool party in Thailand. At an upscale establishment in India, some students of the murderer’s acquaintance spill their guts. I can’t say exactly how many times vomit happens in this globetrotting true-crime drama, but if you’re the type who can’t see too much of it without retching, this probably isn’t the show for you.

Don’t worry, you won’t be missing much. The Serpent, a multilingual BBC production that comes to the U.S. via Netflix on April 2, tries mightily to wring a sumptuous, eight-episode, 1970s-set thriller out of the most monstrously productive years in the life of serial killer Charles Sobhraj. Although suspected of murdering at least 12 people and frequently incarcerated, he evaded homicide charges for decades. Sobhraj is in some ways a fascinating character, one who has been compared to Patricia Highsmith’s sociopathic chameleon Tom Ripley. Born in Saigon to an Indian father and Vietnamese mother, then raised largely in Paris by his mother and her French husband, he evidently developed an aptitude for moving between milieus. And though the motivations of a cold-blooded killer aren’t always so interesting, this postcolonial, post-Vietnam War setting provides plenty of sociopolitical context for the show to mine. Yet writers Richard Warlow and Toby Finlay (both Ripper Street alums) seem hesitant to engage with that material in any depth, and confused as to whether they’re making a stylish, voyeuristic period crime caper or a paranoid political thriller or a sober monument to Sobhraj’s victims or a tamer version of torture-porn flicks like Hostel.

Much of the miniseries takes place in mid-’70s Bangkok, a setting that is so richly evoked—in sleek period fashions, global pop music and footage that resembles bright, grainy Super 8 home movies—you can almost smell the backpackers’ sweaty, smoky funk. Charles (played with icy poise by The Looming Tower’s Tahar Rahim) adopts the alias Alain Gautier and poses as a gem dealer. Living it up at the lush Kanit House with his lovely Quebecoise girlfriend, Marie-Andrée Leclerq (Victoria star Jenna Coleman, radiating a kinetic sort of fragility), and his closest accomplice, Ajay Chowdhury (promising newcomer Amesh Edireweera), he lures naive Western tourists into his orbit with parties, drugs and the promise of an insider’s view of the city. Then he turns on them, poisons their drinks and, if necessary, finishes the job with violence. Their money and passports end up in his pocket, enabling the trio’s international adventures.

It’s the disappearance of a young Dutch couple that puts one of their countrymen, the increasingly obsessive junior diplomat Herman Knippenberg (a bracingly high-strung Billy Howle, of On Chesil Beach), on Charles’ tail. The two men are set up as foils, Herman a principled square with steadfast notions of justice and Charles a mercenary libertine. But it’s harder to make a case for investigating than Herman anticipates. The strange resistance he encounters from just about everyone with the power to help—from his boss, the Dutch ambassador, to Thai law police—threatens not only to get more hippie kids killed, but also to torpedo his career and disrupt his marriage to the initially supportive Angela (Ellie Bamber).

In what could’ve been a clever touch, the show takes on what could be called a serpentine structure. Though it briefly flashes back to Charles’ childhood and follows his entourage on sojourns across Asia and into Europe before, in the finale, providing a glimpse of his future, the narrative coils around that relatively short period in Bangkok, often revisiting the same scenes from different characters’ perspectives. (Does some of the vomiting recur? Sadly, yes.) As executed, though, the format only heightens the script’s shortcomings. The narrative jumps around constantly—every few minutes onscreen text informs us that it’s “two months earlier” or “one week later”—without the plot progressing much. Herman keeps hitting the same walls, and as he does so, the show keeps leading us to the same obvious conclusions: Charles is extremely crafty! Herman is extremely committed to the case! The authorities are extremely corrupt! Worse, the reenactments of Charles’ murders start to feel not just redundant, but also exploitative. How many innocent people do we have to see one guy kill to get that he’s evil?

The pacing is bizarre. It doesn’t make sense for a show that so often repeats itself to zoom through the intriguing subsequent decades of Sobhraj’s life in just 20 minutes at the end of the finale. (There might well be an entire episode’s worth of material in the shocking yet unexplored reappearance of one character during this postscript.) The Bangkok years, meanwhile, might have been better off compressed into a more propulsive, less unnecessarily convoluted movie.

Better yet, The Serpent could’ve devoted more of its eight-hour runtime to developing the characters and their respective roles in what was an especially fraught moment for relations between a number of South and Southeast Asian countries and their former colonizers and invaders in the West. Charles’ mix of innate antisocial tendencies and rage toward the white European society that treated him as inferior—though he’s certainly not above harming other people of color—is easy enough to grasp. (If you haven’t already devoured every tidbit of insight into the psychology of serial killers TV has offered over the past few years, this definitely is not the show for you.) But, to the limited extent that secondary figures come off as more than mere sketches, that depth comes from the performances, not the dialogue. On paper, Marie-Andrée is reduced to her desperation, Ajay to a few lines about his impoverished childhood, Herman to a last-minute monologue about his parents and World War II. None of this is sufficient to illuminate the remarkable acts of heroism and cruelty these characters carry out.

It’s understandable if the creators wanted to avoid imposing too much political significance on the actions of an amoral sadist. Yet in treating the context for Sobhraj’s crimes so shallowly—with periodic mentions of Vietnam, imperialism and the relative apathy of regional officials toward the plights of spiritually hungry young Westerners whose parents had committed all manner of unspeakable offenses against their homelands—the show ends up filling the space where thematic significance should be with some pretty noxious tropes. Viewers learn the names and feel the suffering of Sobhraj’s victims, even as Thai sex workers linger in the background to create a seedy atmosphere. While Herman and the other Europeans who aid in his investigation are framed as heroes, most of the other Asian characters who aren’t murderers read as indifferent government cogs. I can’t imagine this was a conscious decision. But when you insist on retelling a true story this painful and loaded despite having nothing of substance to say about it, you shouldn’t be surprised to see that story absorb some subtext you never intended. 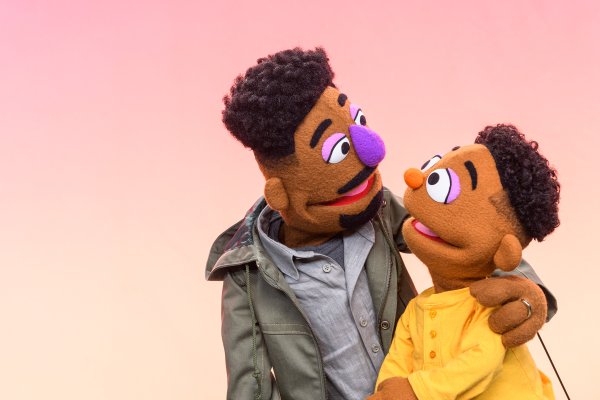