The Tokyo Olympics Boss Has Finally Resigned Over Sexist Comments. It’s Hardly a Victory for Women in Japan, Activists Say

The head of the Tokyo Olympics organizing committee stepped down on Friday after more than a week of backlash for his sexist remarks—but experts say it’s hardly a victory for women’s rights in Japan.

What’s more, Yoshiro Mori’s resignation likely would not have happened were it not for the international attention over his comments, experts say.

Mori, 83, said at an Olympics committee meeting on Feb. 3 that women talk too much in meetings. “If we increase the number of female board members, we have to make sure their speaking time is restricted somewhat, they have difficulty finishing, which is annoying,” he reportedly said.

Mori, who served as prime minister from 2000-2001, apologized the next day, but said that he was not considering resigning.

“There have been a lot of these kinds of comments from politicians and people so many times before, but they never resign,” says Kazuko Fukuda, who started a petition calling for action to be taken against Mori. She points to top ruling party politician Koichi Hagiuda, who in 2018 caused a furor when he said that raising infants and toddlers is a job for mothers. Following his comments, he was appointed in 2019 as Minister of Education, Culture, Sports, Science and Technology—a job he still holds.

In announcing his resignation, Mori defended himself and said he had worked to support women during his career. However, he added: “The most important thing is to hold the Games in July, so I cannot be any hindrance to this aim.”

With less than six months to go before the Tokyo Olympics opening ceremony, there remain lingering questions over how the Games can be held safely amid the COVID-19 pandemic. Japan’s first COVID-19 vaccinations are not set to begin until next week.

Further complicating matters, Mori’s pick to replace him—Saburo Kawabuchi, the 84-year-old former chairman of the Japan Football Association—plans to decline the job, according to the Asahi Shimbun. There have been increasing calls for a woman, at at least a younger official, to take over the job.

Mori’s resignation followed a drumbeat of criticism both within Japan and outside it. Fukuda’s pedition, which called Mori’s comments “prejudiced, narrow-minded and discriminatory” received almost 150,000 signatures. An editorial in a large daily newspaper called for him to resign.

Mori also received significant criticism internationally—garnering headlines around the world. The International Olympic Committee (IOC) at first accepted Mori’s apology, but later issued a statement saying his remarks were “absolutely inappropriate.” Yuriko Koike, the governor of Tokyo, said on Feb. 10 that she would skip a meeting with IOC president Thomas Bach, Mori and others next week.

Tennis player Naomi Osaka, who was born in Japan, called his comments “really uninformed” and “ignorant.” At least 500 Olympic volunteers quit, including three runners for the Olympic torch relay, according to Japanese media.

“If Mori had not been so highly visible representing Japan on an international stage, it’s likely that there would have been a lot more complacency regarding his remarks,” says Grace En-Yi Ting, an assistant professor at University of Hong Kong who specializes in queer and feminist studies in Japan.

Women “feel like Mori is in their workplaces or in their schools” says Fukuda. “We see, it every day and those comments and attitudes are something we always struggle with.”

Read More: ‘Tokyo Is the Best-Ever Prepared Olympic City.’ IOC President Thomas Bach on Why the 2020 Games Will Go Ahead

Former Prime Minister Shinzo Abe committed to “make women shine.” He called for corporations to ensure that women had 30% of managerial positions by 2020. When those targets weren’t met, the target date was delayed. Women hold less than 15% of middle and senior management roles—one of the worst rates in the Group of 20 large economies.

Abe appointed just one woman to his cabinet, and the current Prime Minister Yoshihide Suga appointed just two women to his 21-person cabinet prompting a prominent politician to call Japan a “democracy without women.”

Ting hesitates to say that Mori’s resignation will spark a meaningful reckoning on gender equality in Japan. “This is a problem of systemic sexism; Mori and others are enabled by an environment that tolerates blatant sexism.”

Mori’s replacement is expected to be Saburo Kawabuchi, the 84-year-old former chairman of the Japan Football Association.

Activists recognize the importance of structural change. Fukuda’s petition calls for the Tokyo Olympic Organizing Committee to adopt a zero tolerance policy on gender discrimination and for women to comprise 40% of all executive board committees (the Olympic committee board has 24 members, just five of whom are women).

Ting believes some small good could still come from the scandal over Mori’s comments. “What I hope,” says Ting, “is that many young Japanese women and others—who might not have considered themselves ‘feminists’—have been struck by the blatant sexism of his statements and have a new awareness of the need for increased gender equality in Japan.” 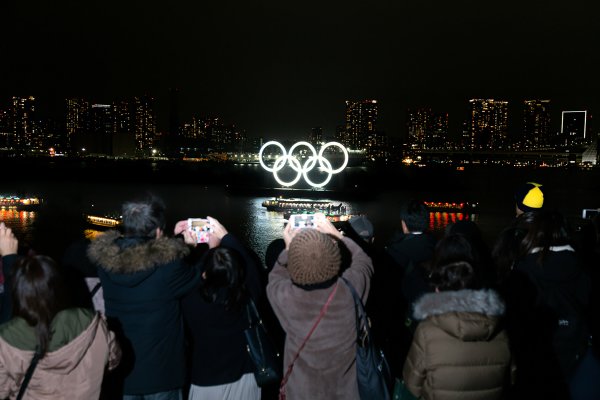