Cuba Is Opening Up Its Economy. But Don't Call It a Shift to Capitalism Just Yet

A private taxi driver getting ready to drive tourists around Havana, on March 19, 2020.
Yamil Lage—AFP/Getty Images
By Ciara Nugent

Under pressure from the economic impact of COVID-19 and U.S. sanctions, Cuba scrapped a ban on most private businesses on Saturday, the latest in a flurry of long-awaited reforms to its Communist system triggered by the government in recent weeks, and a sign that the state’s grip on the economy is loosening.

A series of reforms starting in 2010 have allowed Cubans to work as “self-employed people” in the private sector, but they can currently only have jobs in 127 narrow categories defined by the government. Most of the 600,000 licenses granted by 2020 cover service industry jobs like running a restaurant, or driving a taxi.

On Saturday, the labor ministry said the list would be abolished. Instead, there will be a list of 124 jobs prohibited for the private sector and the rest of the more than 2,000 legal economic activities identified by the government will be fair game. It’s the biggest shift in Cuba’s system for a decade, according to Oniel Díaz Castellanos, a Cuban entrepreneur who runs a consultancy helping self-employed people run businesses on the island. “This is a fundamental, historic change that we’ve been asking for for a long time,” he says. “There are a lot of businesses that were illegal and now can be legalized, and there’s going to be a lot of innovative ideas that will be unleashed. It’s an economic opportunity not just for entrepreneurs but for the country.”

Cuba is badly in need of an economic opportunity. The pandemic has hobbled an economy that was already struggling under the weight of U.S. sanctions introduced by the Trump Administration in 2017. Global travel restrictions have shut down the island’s tourism sector – the primary market for the businesses run by self-employed Cubans and a crucial source of foreign exchange for the government. In December the government said Cuba’s GDP had shrunk by 11% since the start of 2020.

The crunch has pushed the government to act on a series of long-planned reforms. On Jan. 1 Cuba launched a program of “monetary reordering”, rapidly devaluing its currency, the Cuban peso, against the dollar, and scrapping a secondary “convertible” form of the peso that circulated on the island. At the same time, the government removed universal subsidies on a wide range of goods. As a result prices in local stores have risen sharply, inflation is rising, and the black market value of the dollar is spiking.

Analysts say the labor reform should help to stem social discontent about the economic crisis. It may also distract from rare protests by artists and activists in late 2020 over Cuba’s tight limits on freedom of expression, and aid the pursuit of warmer U.S. relations under President Joe Biden. But business leaders hope it’s just the start of greater reforms for the private sector. Here’s what to know about Cuba’s reforms and what they mean for the future of the country’s economic system.

Amarilis Placensia makes a bed at a home rented to tourists in Havana, on Jan. 11, 2020.
Ismael Francisco—AP

What does the reform mean for businesses in Cuba?

Cubans will now be able to start a private business in most sectors. Ricardo Torres, a pro-reform economist at the University of Havana’s Center for the Study of the Cuban Economy, says that will “reduce the power of Cuba’s bureaucracy” by decreasing the burden on Cubans to prove that their business fits into one of the permitted activities. “Now you only have to show that you’re not in one of the activities that is explicitly banned.”

The reform will also change the type of career that Cubans can pursue outside of the public sector. Currently, outside of low state salaries, Cubans can largely only legally make money from low-skilled jobs. Many professional fields like medicine, teaching and law are likely to appear on the new list of jobs that can be performed only by state employees (which is set to be laid out this week by state television, Torres says). But other fields, like technical services, engineering and economics, are likely to open to the private sector for the first time.

Economists say the new roles will drive faster growth and new job creation in the private sector. Self-employed people currently make up 13% of Cuba’s workforce. (Separately, privately-run farming collectives in the agricultural sector employ hundreds of thousands of people.) But with the current economic crisis and COVID-19 restrictions dampening demand for new businesses, Torres doesn’t expect “a boom” this year.

Alexa Garcia works at a cafe in Chinatown in Havana on Jan. 13, 2020.
Ismael Francisco—AP

Is this the end of Cuba’s Communist economic system?

No. Torres expects to see a shift in economic activity in the next few years with the private sector growing and accounting for an increasing proportion of employment and GDP. “But unlike what happened in eastern European countries [after the fall of the Soviet Union], because of conditions in Cuba –including political ones, the private sector won’t become the majority [of economic activity] at least in the medium term,” he says.

Though recent economic pressures have accelerated changes, Cuba’s government has moved very slowly to enact reforms to its economy. Many of the changes rolled out this year were approved in 2016 or 2017 but have sat untouched since then.

Other obstacles remain for would-be business owners in Cuba. Though entrepreneurs can hire others to join their business—a restaurant owner can employ waiters, for example, or a taxi owner can let others drive their car—they cannot get legal recognition for their business as a company. Crucially, that means businesses can’t access bank loans and individuals must take on all the financial risk of themselves, according to Díaz Castellanos, the consultant. Economists and business leaders are holding out hope that, after these reforms, the government will pass a long-promised law permitting the establishment of small and medium-sized companies – regarded as essential for the growth of a more productive private sector.

Pedro Monreal, a Cuban economist based in Paris, says that to fundamentally alter Cuba’s economic model, the government would have to not only allow the private sector to grow more rapidly but also shrink the state’s economic presence. “They’d need to reduce the weight of the state in GDP, and that’s not happening on a significant scale. The state isn’t abandoning any sector.”

Monreal says Cuba’s reforms are a long way off the kind of shift to a market-driven economy that took place in China in the late 20th Century. “That country abandoned the model of centralized planning. It allows the market to distribute resources, with state levers imposed over the market,” he says. China has also privatized state owned businesses. “That’s not happening anywhere in Cuba. Could it happen? Maybe, but not right now.”

What will the reforms mean for relations with the U.S.?

It should help. The new labor rules in Cuba can’t be read as a gesture to the new U.S. administration, given the other pressures driving the change. But they are well timed.

On the campaign trail, Biden indicated that he intended to re-start the thaw in relations that began in the latter years of the Obama administration and was dramatically reversed by President Trump. Bloomberg reports that Biden plans to cut restrictions on Americans travelling to Cuba and sending remittances, two of the most painful Trump era policies for the island. But Biden has also criticized Cuban governments’ silencing of recent protests over cultural freedoms and the issue of Venezuela, where Cuba is supporting authoritarian leader Nicolás Maduro, could be a sticking point in negotiations on a detente.

Cuba’s reforms should strengthen the case in Washington for a change in U.S. policy, Torres says. “One of the things in Obama’s plan was to help the private sector expand as a motor of change in Cuba,” he says. “This transformation shows circumstances in Cuba are changing. And [the U.S.] is going to want to participate.” 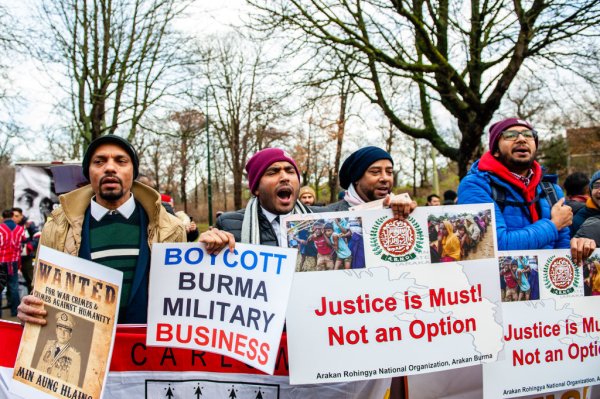