CISE, a Black-owned clothing line, has sold out of all its “Protect Black People” merchandise four times in the past year thanks to three simple words: Protect Black People. The phrase is a call to action. It’s a fashion statement. It’s a reminder that Black people, whether they’re shopping, jogging or sleeping, are in constant need of protection—and Blake Van Putten doesn’t want you to forget it.

Van Putten, the founder and fashion designer behind CISE, initially started the company in January 2020 as a creative branding agency. However, after witnessing the mass demonstrations that took place last year following the murder of George Floyd, he knew he had to get involved.

“I didn’t think anything of it [at first],” Van Putten told TIME as part of a TIME100 Talks video debuting Friday. “I just wanted to ultimately sell out and raise money for an organization that was giving back to the community. But it started to spread like wildfire.”

Last June, Van Putten created the first batch of “Protect Black People” T-shirts from his Los Angeles home. Despite being limited to his hands, a heat press machine and the support of his mom, Van Putten managed to sell out in one week. The designer was able to raise $500 for the Anti-Racism Fund—an organization that redistributes donations to various institutions that directly support Black communities.

“It was just the beginning of growing the community,” Van Putten said of that initial effort.

Soon, the CISE fashion line, which morphed into a subsidiary of his creative agency, began to release clothing items and accessories—most notably leather handbags featuring the words “Protect Black People—with immense support from the public. By July, CISE was not only able to donate proceeds to the Anti-Racism Fund once more, but also donate to Women Exceeding, an organization that provides professional development opportunities for women. And their communal support didn’t stop there. With a manufacturer now on board, the brand would begin to produce face masks featuring the words “Protect Black People,” and donated about 2,000 masks to various organizations.

Ultimately, the brand has come to live by its slogan: “stronger threads for a stronger community.”

“[It] means that we’re working together as a team to come out with different apparel that you’ll like to wear, but it’s also going to give back and build that community,” Van Putten explained.

In a six-month period, the brand gained over 30,000 followers across its social media platforms, and over two million viewers a month on Pinterest. But the company’s rapid growth hasn’t come without its own issues. According to Van Putten, the same social media platforms on which the brand was growing were also preventing them from advertising. In October, Facebook and Instagram announced a ban on advertising they deemed to be political or a social issue that “could influence how people think, how they take action or vote” ahead of the 2020 election. Van Putten said its “Protect Black People” advertising was suspended.

“We were initially protectblackpeople.org but we got shut down, we were unable to promote our brand,” he said. “It’s considered a political statement when it’s not, it’s just a statement. And that statement is something that needs to be reality.”

CISE’s popularity comes as many people turned their attention to supporting Black-owned brands in 2020 as the Black Lives Matter movement gained prominence and the pandemic forced many businesses to close its doors. Major retailers including Sephora, Old Navy and West Elm signed onto Aurora James’ 15% Pledge—an initiative challenging major retailers to dedicate 15% of its shelf space to Black-owned brands.

“I truly believe that we are currently living in this new Renaissance,” Van Putten said. “There’s such a disenfranchisement where people, especially creators, and the Black community we’ve been limited, and we’ve been taken away from these positions where there’s no reason why we can’t sit at the table.”

Van Putten says he has a vision for the future, and that vision is inclusion. 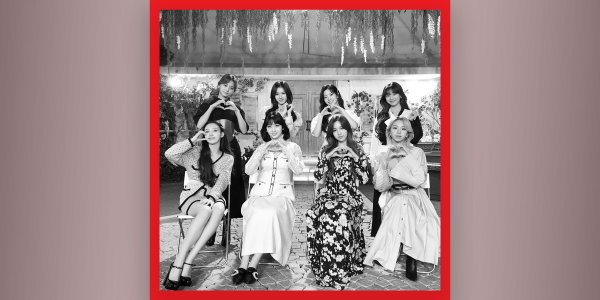 TWICE Performs 'DEPEND ON YOU' at TIME100 Talks
Next Up: Editor's Pick