Breonna Taylor poses for a photo during a graduation ceremony in Louisville Kentucky.
Courtesy of Family of Breonna Taylor/AFP/Getty Images
By Josiah Bates

“We urge the council to monitor these ongoing deprivations of the truth and justice and to take whatever actions necessary to stop these obstructions of justice. We urge the public to demand an administration which really will be transparent,” a statement from the Taylor family’s legal team sent to TIME on Tuesday reads, noting that the deadlines for relevant records and documentation from the LMPD, the Mayor’s Office and the Louisville Metro Coroner’s Office have passed. “This silence has gone on for far too long.”

The Louisville Police Department did not respond to TIME’s request for comment.

People gather with balloons for a vigil in memory of Breonna Taylor on June 6, 2020 in Louisville, Kentucky.
Brett Carlsen—Getty Images

Taylor, 26, was shot eight times in her apartment by three Louisville Police Department (LMPD) officers executing a “no-knock” warrant as part of a narcotics investigation in March. After arriving at Taylor’s residence, the officers were shot at by a man, Kenneth Walker, who was in the apartment and believed the officers were trying to break in.

Walker was initially arrested and charged with the attempted murder of a police officer, but has since been released and the charges have been dropped. Neither Taylor nor Walker had a criminal history or drug convictions, and no drugs were found in Taylor’s apartment.

“Actions speak louder than words. Of all the cities dealing with the tragedies of officer-involved shootings and violence inflicted upon black lives, Louisville’s administration has been the least transparent, the slowest and the most frustrating. This administration simply believes it is above the law,” the legal team’s statement says.

On June 11, the Louisville police department (LMPD) released an incident report on the killing of Breonna Taylor — but the four page-long report was redacted to the point that it contains almost no information. The LMPD has said since that the lack of information was the result of a reporting program’s technical error and that they are ” taking immediate steps to correct the report.”

The incident report lists Taylor as the victim and officers Myles Cosgrove, Brett Hankison and Jon Mattingly as the offenders. Despite being shot eight times, Taylor’s injuries are listed as “none.”

Under a “Notes/Narratives” section, the report notes a “PIU Investigation” — which means the LMPD’s Public Integrity Unit is investigating the incident.

“The police report released by Louisville Metro Police Department regarding the murder of Breonna Taylor is indicative of the lack of investigation done by the department. It shows an attempt to cover up Breonna’s murder and the unwillingness and/or incompetence of the department’s Public Integrity Unit (PIU) to investigate its own officers,” Taylor family attorney Lonita Baker said in an earlier statement provided to TIME.

“The Department continues to withhold information and evidence from the attorneys and the public and the delays are unacceptable and inexcusable. It’s time for the Mayor and the Department to be held accountable for the continued miscarriage of justice in this case.”

None of the officers involved have been fired or arrested. The LMPD is also reportedly investigating sexual assault allegations against Hankison that have recently been made public.

“It’s issues like this that erode public confidence in LMPD’s ability to do its job, and that’s why I’ve ordered an external top-to-bottom review of the department,” Louisville Mayor Greg Fischer said in a statement on June 10. “I am sorry for the additional pain to the Taylor family and our community.”

But Fischer is also involved in keeping relevant documents from the Taylor family’s attorneys, their statement alleges.

“Under the direction of the mayor, the coroner’s office and the merit board produced [documents including Taylor’s autopsy report, LMPD personnel files, and inter-departmental communications] directly to counsel for the city and withheld it from our office,” the attorneys write. “And the mayor’s office simply violated the subpoena to himself, exposing the mayor to potential contempt.”

The Mayor’s office did not immediately respond to TIME’s request for comment.

Read more: Black Lives Matter Activists Want to End Police Violence. But They Disagree on How to Do It

Beyoncé Knowles wrote a letter to Kentucky’s Attorney General Daniel Cameron calling for the officers involved in the shooting be arrested and charged; Cameron responded to the letter on Tuesday, but saying only that his office would not comment on the “ongoing investigation.” (Taylor’s family’s legal team have also filed an appeal with the Attorney General’s office over the LMPD’s denial of open record requests.)

Campaigns and calls for charges have been amplified across social media in recent weeks, buoyed by the release of a 911 call which was made public on May 28, during which Walker is heard yelling “Somebody shot my girlfriend.”

“Somebody kicked in the door and shot my girlfriend,” Walker says in the call. He tells the 911 dispatcher that Taylor is on the ground and that she has been shot in the stomach. Taylor’s family claim this is the only piece of evidence they have requested that the LMPD has produced.

An LMPD spokesperson has said the officers knocked on Taylor’s door multiple times and announced themselves as police, but a defense attorney for Walker said that was not the case. Authorities also say that the officers did not have body cameras, but Sam Aguiar, an attorney for Taylor’s family, has noted that two of the officers involved had been assigned cameras in the past.

Tamika Palmer, Breonna Taylor's mother, is overcome with emotions during a vigil for her daughter on June 6, 2020 in Louisville, Kentucky.
Brett Carlsen—Getty Images

“The police are not here to protect and serve. They’ve never been able to do that. We want to end mass incarceration and part of that is removing the police officers from our neighborhood, and building our own community and safety defense mechanisms and we can do that,” Chanelle Helm, the coordinating organizer for Black Lives Matter Louisville, said during one of many protests and demonstrations organized in Louisville in recent weeks.

“We have to start creating legislation that is equal for all people, whether it’s tax reform, whether it’s in our criminal legal system, whether it’s in education,” Keturah Herron, a member of the Kentucky American Civil Liberties Union (ACLU) and Black Lives Matter Louisville, told lawmakers during a session at the state Capitol on June 4.

“All [Breonna] wanted to do was save lives, so with this law she will continue to get to do that,” Tamika Palmer, Taylor’s mother, said after the law was passed. “She would be so happy.”

Baker says the family is grateful for the passing of the law but that the LMPD needs to show that they will hold their officers accountable.

“Your silence is complicity. Your honesty and decision to speak out against these actions and against racism will help rebuild this city and unite us all. Please take these critical first steps and trust our community to respond favorably,” Baker said in the statement. 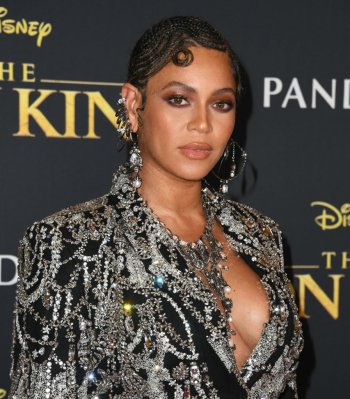