When COVID-19 hit North America last spring, Laurent Duvernay-Tardif—a starting offensive lineman for the Kansas City Chiefs team that won last year’s Super Bowl and 2018 graduate of McGill University’s Faculty of Medicine—answered his country’s call to help combat the pandemic: he began working at a long-term care facility near Montreal. He pretty much never left. Duvernay-Tardif opted out of the 2020 NFL season; instead he’s spent the last few months fighting COVID-19 on the front lines and studying public health at Harvard. As the Chiefs were prepping to take on Tom Brady and the Tampa Bay Buccaneers this week, Duvernay-Tardif reported for duty at the long-term care facility, which was suffering a COVID-19 outbreak. He joined TIME to talk about his decision to opt-out, his future in football, and to share a Super Bowl prediction.

You’re a medical-school graduate who opted out of the NFL season to fight COVID-19 on the front lines, doing everything from changing patients to administering IVs at a long-term-care facility near Montreal. What was today’s shift like?

We’re going through a third outbreak. It’s hard, because people that work here, they’ve been working full-time, no vacations, overtime, in order to care for their patients. And don’t get any breaks. I feel like we’re getting at that point where it’s like, O.K., can we see the light at the end of the tunnel? There’s the vaccine and a lot of hope. But at the same time, we know it’s probably going to get worse before it gets better.

What has been the toughest moment working in the facility?

Right now we’re working in a yellow zone; when somebody tests positive, you have to rush into their room and take them away, within minutes. The environment that they have been confined in for the for the past six months. And you send them to a red zone. The odds, you know what’s happening when you do that. It’s pretty traumatic, for sure for the patient, but also for the team that’s working on the floors.

Do you wish at all that you were going to Tampa for the Super Bowl?

Of course I want to be down there. But at the same time, when I made the decision to opt out, one of the questions I asked myself was, If the Chiefs go to the Super Bowl and win it, am I going to be at peace with my decision? And I still feel like the answer is yes.

Why do you have no regrets?

No regrets is different than being at peace. We saw it with the right-to-vote movement and racial -equality, so many athletes took the microphone and promoted a cause they believe in. My cause is health, is medicine. So I felt it made sense to make that decision, in order to look back at 2020—five, 10 years from now—and be proud of myself. I’ve said no to money and the NFL season in order to care for patients.

Should the NFL have played this season?

Yes. People are so divided in the States. People are working from home 40 hours a week and taking care of their kids at the same time. It’s tough. We do need that feeing of getting excited, that little bit of adrenaline. And that feeling of bringing people together.

Regarding the impact of sport when it comes to community transmission, I don’t know and I’m sure a lot of people still don’t know either. My decision was personal. I’m going to be evolving in the medical community the rest of my life. I had to be cautious and follow my greater conviction. My decision was never saying, We shouldn’t be playing football

You’ve said you plan to return to the NFL next season. Why?

I feel like something was taken a little bit away from me. I still have some football left in me. I can be a doctor for the next 40 years. I still have the passion, and that’s why I’m working out on my patio at –15°[C].

What have you learned about COVID-19 that those of us not on the front lines can’t really see?

You see firsthand how contagious it is. People work so hard, washing their hands and changing masks 20 times a day. But one little slip, and boom, it’s over.

About a year ago, you were sipping beer from the Super Bowl trophy at the Chiefs’ very socially undistant victory parade. Do you think COVID has traumatized us so much that we won’t see these sorts of gatherings anytime soon, if ever?

When I focus too much on what’s going to be the new normal, I get anxious. I don’t know the answer. And that’s freaking me out a little bit.

Where do you see yourself in 10 years?

I’m either going to be an emergency physician doing a little bit of sports medicine or a public-health figure working for I don’t know what exactly. But for sure not politics.

You’ve talked about the need to find positives in the frontline experience in order to cope. What have you been able to take away?

I have so much respect for my team. Assistant nurses, orderlies—you don’t get to spend that much time with those people when you’re in medical school. It’s crazy, the amount of teamwork that you need in order to care for the patient. They don’t do it for not a big salary, no spotlight, no interview, just because they care, they want to do something about it. That’s powerful.

It’s subtle. You’re able to pick up your phone and FaceTime your patient’s daughter. Then you realize your patient is talking to their daughter for the first time in three months. Everybody is crying because they’re so happy to see each other. That gives you hope. At the end of the day, when you see those reactions, those emotions, it gives you a purpose.

Have you been in touch with anyone on the team this week?

I spoke to a couple of guys but at the same time I know what it is. During the couple of weeks before the Super Bowl, everybody is your best friend reaching out to you. It’s important to give them space. They want to focus. They need their bubbles. I’m talking to a few guys but I’m not trying to be annoying.

What are your Super Bowl viewing plans?

Probably by myself in front of my couch. That’s all we’re allowed to do anyway, right? My parents have a pretty sweet bakery. They’re doing a couple of specials for the Super Bowl. So I’m probably going to grab one of each. A kind of pizza with sour cream, bacon, caramelized onions and a strong cheese on top of it. And they’re also making a kind of pocket pizza with pistachio in it.

The Chiefs are going to win. I haven’t watched all the games this season, but I watched the last quarter of the season and the playoffs, our offense is just unstoppable. We have so many weapons. We can win by running the ball, short passes, long passes. Our defense is going great. It’s going to be tough to beat the Chiefs this year.

Honestly, I don’t know. It’s going to be weird to watch that game for sure. 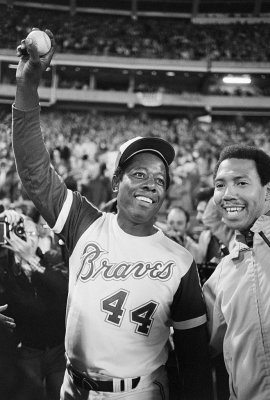