The half century was worth the wait.

With his team trailing 20-10, and his second half littered with two interceptions and his immediate ascendence into the pantheon of iconic modern-day athletes very much in jeopardy, Kansas City Chiefs quarterback Patrick Mahomes proved he belonged right here, right now. He took the ball with just under nine minutes left, and engineered two flawless scoring drives that called to mind Joe Montana, Tom Brady or any of the other all-time Super Bowl greats. The Chiefs defeated the San Francisco 49ers, 31-20, in Super Bowl LIV in Miami on Sunday, giving the Chiefs their first title in 50 years. The half century, indeed, was worth the wait.

On a third and 15 play at his own 35 yard line, and a Kansas City Chiefs season destined for another heartbreak, Mahomes finally hit Tyreek Hill, head of the team’s electric “Legion of Zoom” receiving corp, with a 44-yard pass to give the Chiefs life. Their fans had waited all night for that connection. A few plays later, a pass interference call on tight end Travis Kelce set up a one-yard touchdown pass from Mahomes to Kelce to cut San Francisco’s lead to 20-17. The Chiefs’ defense stepped up, forced a punt, and on what would wind up being the game-deciding drive, Mahomes was simply perfect. He went 5-5, for 60 yards, the big play being a 38-yard throw to another Zoom member, Sammy Watkins, in stride. A minute later, he connected with running back Damien Williams, who ran toward the pylon, stretched as far as he could, and got the touchdown call: the five-yard scoring play gave Kansas City the 24-20 lead they wouldn’t relinquish.

Mahomes’s back-to-back scoring strikes took a little over five minutes. San Francisco had its chances, but the Niners just couldn’t recover. San Francisco wasn’t alone; all postseason, the Chiefs offense could turn a game around in the time it takes you to pour a bowl of chips. A Williams 38-yard touchdown run with over a minute left clinched the title.

Mahomes finished the game completing 26 of 42 passes, for 286 yards, two TD passes, and two interceptions. He ran for another. Williams rushed 104 yards and scored 2 TDs. After Kansas City coach Andy Reid was doused with the celebratory Gatorade on the sideline, he shed his distinction of being the winningest NFL coach never to clinch a championship. He earned this win, on the back of an unmistakeable star who was named the game’s MVP.

For Kansas City, the game almost turned the wrong way in the third quarter, on Kansas City’s first possession of the second half. With San Francisco leading 13-10, Niners rookie defensive end Nick Bosa slapped the ball out of Mahomes’ hand, causing a fumble. Luckily for Kansas City, Mahomes was able to fall on top of the loose ball to keep possession. But Mahomes couldn’t capitalize on his good fortune; on the very next play, Mahomes threw an interception right into the hands of Fred Warner. It was Mahomes’ first pick of the postseason. The ball was intended for star receiver Tyreek Hill, but Mahomes just threw it to the wrong player. Mahomes had made a rare ugly mistake, and it cost him; 49ers QB Jimmy Garoppolo capitalized, making a few short, accurate throws to set up a one-yard touchdown run by San Francisco’s Raheem Mostert that gave the Niners a 20-10 lead.

Then at the start the fourth quarter, Mahomes made another mishap: he missed Hill again on a throw, in San Francisco territory; the ball bounced off Hill’s body and landed in the hands of San Francisco’s Tavarius Moore. Kansas City, however, would not go quietly. After a San Francisco punt, the flurry of KC scores began. Mahomes’ prior goofs would have ruined other athletes. Especially in such a big moment, his first Super Bowl.

They just rolled right off him. Back to work, and another victory.

Mahomes and the Chiefs offered America a needed dose of fun. All week long, tragic news in sports — the death of Kobe Bryant, his daughter, and seven people in a horrific helicopter crash on January 26 — overshadowed this Super Bowl. Even a week later, on the day of America’s biggest mass sporting spectacle, Bryant’s presence could be felt. On ESPN, studio analysts got choked up while discussing Bryant, a week after his passing. The 49ers and Chiefs each lined up on the 24-yard-line — Bryant wore No. 24 — for a pregame moment of silence to honor the victims of the crash as well as NFL Hall of Famer Chris Doleman, who also passed away last week.

The game itself, however, was tight, a roller coaster contest, the game decided on several monster plays. While the defenses stepped up to prevent a shootout in the first half, the offenses of both teams displayed plenty of creativity. On San Francisco’s first possession, for example, Niners rookie wide receiver Deebo Samuel took an end around for a 32-yard gain; San Francisco’s Robbie Gould kicked a 38-yard-field goal to give the 49ers a 3-0 lead. On Kansas City’s next possession, Mahomes impressed with his feet, as he has throughout the playoffs. On a 3rd-and-11 from San Francisco’s 15 yard line, he scrambled to his right for a first down, and more: San Francisco’s Jimmie Ward knocked Mahomes hard near the 3-yard line, causing Mahomes to cough up the ball. But if skittered out of bounds, allowing the Chiefs to keep the ball. And more importantly for Kansas City, Mahomes bounced right back from the violent contact, to continue the drive and Super Bowl quest.

The fumble, however, cost Kansas City a first down; the ball was knocked back a couple of yards, resulting in a fourth and 1, from the San Francisco five. Reid decided to go for it. Before the snap, Mahomes and members of the Chiefs backfield did a little spin while shifting to the right; running back Damien Williams took a direct snap for a four-yard gain, and a first down. This piece of choreography seemed utterly unnecessary. But it was delightful nonetheless; two plays later, Mahomes ran some more, into the end zone for a one-yard TD.

San Francisco’s second quarter got off to an auspicious start: KC defensive tackle Mike Pennel hit Garoppolo on a pass attempt, and Garoppolo sent a duck sailing into the air. Bashaud Breeland of Kansas City intercepted the pass, leading to a Chiefs field goal. But KC’s 10-3 lead wouldn’t hold; San Francisco’s running game, which was so effective in the NFC championship against Green Bay, opened up a bit. And Garoppolo recovered from his pick, as he hit fullback Kyle Juszczyk for a 15-yard TD to tie the game at 10-10, the score going into halftime, before Jennifer Lopez and Shakira took the stage.

From there, the 49ers were cruising, before the Chiefs turned to their hurry-up offense in the fourth quarter, and the Niners defense wilted. After Mahomes threw those two second half interceptions, Reid told Mahomes to keep believing in his eyes, and the Chiefs would be fine. They were. And Kansas City will cherish a championship it undoubtedly deserves. 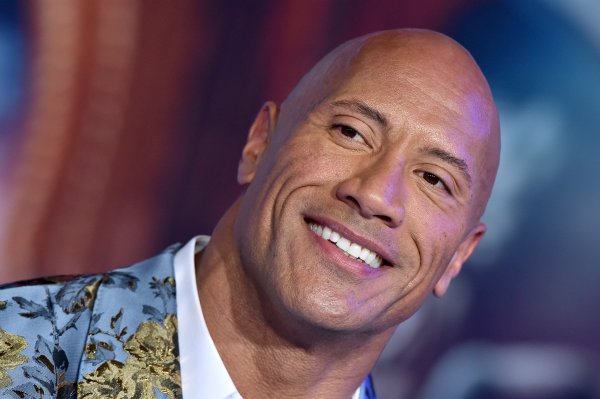 The Rock's Narrating Skills Have Given Birth to a 2020 Super Bowl Football Fantasy
Next Up: Editor's Pick