The Capitol Attack, Impeachment and GameStop Make it Clear: 2021 Is Shaping Up to Be the Year of the Moderator

The first four Wednesdays in January have brought us four remarkable moments in American history. On Jan. 6, insurrectionists egged on by former President Donald Trump stormed the U.S. Capitol, and only through the bravery of a few individual Capitol Police officers and sheer luck did we avoid what could’ve become a mass execution event. On Jan. 13, the House of Representatives impeached Trump for his role in the previous week’s events, making him the first U.S. President to be impeached twice. On Jan. 20, Trump, who lost a free and fair election despite his false claims otherwise, fled the White House before President Joe Biden was sworn in hours later. And on Jan. 27, shares of the company GameStop hit an intraday high of nearly $373—an approximately 2,000% increase from the day of the Capitol attack—after the heavily-shorted stock was targeted by Reddit day traders who rallied the masses into a buying frenzy that triggered a short squeeze.

Only three of these events share obvious connective tissue, in that they mark the anxious hours and days ahead of and following the end of a besieged and unpredictable President’s tenure. But all four share another bond, in that they’re battles in the escalating war between the masses and the moderators.

The Capitol attack, and Trump’s reaction to it, led social media companies like Facebook and Twitter to ban him (and many Qanon conspiracy theorists, some of whom were among the insurrectionists) from their platforms, finally exercising their immense moderation powers as many have long called on them to do. More than 100 of those involved in the act of insurrection have also been arrested, itself a form of moderation. When the House impeached Trump, it, too, was embracing its power as a moderator. Almost immediately after Biden was sworn in, he began reversing—moderating—some of Trump’s most controversial policies, like the so-called Muslim ban and Trump’s decision to leave the Paris Accord climate agreement (and what was Biden’s victory to begin with, if not the majority of American voters screaming “mods!!!!” in the face of Trump’s failures?). And as the bizarre GameStop rally continued on Jan. 28, popular stock-buying platform Robinhood, as well as others, stopped users from buying more GME (GameStop’s ticker symbol) in what first appeared to be a questionable bid to moderate users’ activity.

On the Internet, moderators wield immense power: on many of the most important sites and platforms, they set the rules for participation, they can delete objectionable posts, and, in the most extreme cases, ban users altogether. Of course, moderators have long existed in the offline world—lawmakers, police, and the courts can all be understood to be the executors of a kind of moderation power. But the degree to which the last four weeks can be distilled down to a fight between the mobs and the mods is nonetheless staggering, and to some degree feels like an inevitable result of the degree to which online life has bled into the “real world.”

Where you come down on this battle between the mobs and the mods depends on your perspective on any given issue being moderated. Trump supporters probably feel like the mods are stacked against them, which is why, for example, many have flocked from sites like Facebook and Twitter to upstart alternatives like Parler, which promise a (more or less) mod-free experience, for better or, more often, worse. But if you’re a Biden fan, you’re probably cheering on Facebook, Twitter and the impeachment process overall.

Meanwhile, many of the GameStop traders say they’re using Wall Street’s own tools against it in a kind of eat-the-rich populist uprising. Indeed, what they’re doing is inflicting a great deal of pain on major institutional investors, including hedge funds that were betting on GME’s demise. For the GameStop crowd, Robinhood’s buying limit was evidence that the company, which has built its brand around democratizing access to the stock market, was instead protecting Big Money and preventing the little guys from winning. Many quickly turned on Robinhood, with some leaving one-star reviews on the company’s app and even a small handful showing up for a protest outside its Menlo Park, Calif. headquarters. Robinhood now says the pause—which was partially lifted Friday—was necessary to ensure it had enough money to meet regulatory requirements. But it failed to explain that until several hours after it began moderating users’ activity, opening the door for a misunderstanding-fueled blowback.

Meanwhile, people who typically make a lot of money on Wall Street, like billionaire hedge fund manager Leon Cooperman, say the Reddit-fueled short squeeze is “bullshit.” Appearing on CNBC, Cooperman blamed the episode on a combination of near-zero interest rates, the low- or no-fee trading available on Robinhood and rival services, and people “sitting at home, getting their checks from the government,” a reference to Congress’ pandemic relief payments.

The moderators have not yet decided how to wield their power in the long term. Facebook and Twitter may eventually decide to let Trump have his accounts back—moderator bans are, of course, sometimes temporary. Meanwhile, Trump’s Senate impeachment trial is set to begin the week of Feb. 8. Some of his allies are already arguing the whole thing is moot because he’s already out of office. Conviction can mean Trump will no longer be allowed to run for public office in the U.S. again—it would be, in essence, the ultimate permaban, the most extreme act of moderation. With GameStop, trading regulators like the Securities and Exchange Commission (SEC)—not just a moderator but an admin, with power over both individual traders and lesser moderators like Robinhood—are “actively monitoring” the situation. “The Commission will closely review actions taken by regulated entities that may disadvantage investors or otherwise unduly inhibit their ability to trade certain securities,” acting SEC Chair Allison Herren Lee said in a Jan. 29 statement. Individual GameStop traders are unlikely to get in any trouble. Existing securities rules are mostly designed to counter more traditional pump-and-dumps and other schemes, and are ill-suited to deal with the novel phenomenon of a Reddit-triggered short squeeze.

In any case, this week’s GameStop shenanigans are mostly a sideshow, for now (though there is a chance they could trigger a wider market downturn, which could hurt anyone with any money tied up in stocks, like the approximately 58 million Americans with 401(k) retirement plans). Short squeezes happen from time to time; this one just caught our collective attention because of the wackiness and extremity of it all, the semi-naive Robin Hood (two words) storyline, and our desperation for something to focus on other than unfathomable political strife or the ongoing pandemic, which is still killing thousands of Americans every day. Far more worrisome than a bunch of Redditors leaving one-star reviews on a trading app is how the most die-hard and the most violent Trump supporters react to his and their continued moderation. Indeed, the U.S. Department of Homeland Security—another moderator—warned on Jan. 27 that “a heightened threat environment across the United States” will persist at least for weeks. It’s a grim reminder that, even if Inauguration Day came and went peacefully enough, the mods have plenty of work to do to keep the rest of us safe.

More Must-Read Stories From TIME
TIME Ideas hosts the world's leading voices, providing commentary on events in news, society, and culture. We welcome outside contributions. Opinions expressed do not necessarily reflect the views of TIME editors.
SHARE THIS STORY
Read More From TIME
You May Also Like
Read Next 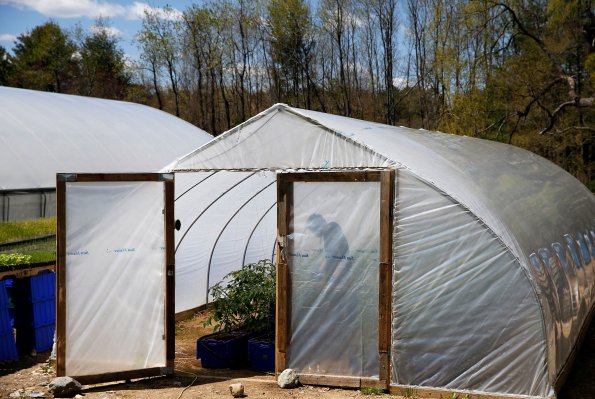 We Must Rethink Our Food System to End Hunger
Next Up: Editor's Pick