So, Uh, What's Up With GameStop's Stock?

When a company that most people have written off more or less for dead suddenly sees its stock price skyrocket by nearly 180% for no apparent reason, it’s the kind of thing that catches one’s attention. So it is with gaming retailer GameStop, a relic of the pre-Internet era when people had to drive to the mall to get the latest Call of Duty, rather than download it directly to their console or pre-order a physical disk for mail delivery. In five days, GameStop stock has risen from about $40 to as much as nearly $120 in intraday trading Monday.

What’s happening with GameStop’s stock is, in part, a story of some pretty boring market mechanics. But it’s also a tale of mysterious savants, for purposes of both fun and profit, whipping the masses into a stock-buying frenzy—and a story that will no doubt end in outrageous profits for some, but tears for many others, while exposing fundamental issues with how companies are valued along the way.

When you buy stock in a company, you’re (typically) making a bet that something will happen that leads that company’s stock to grow in value: a popular new product, a big executive hire, a great quarterly report, and so on. But if you think a company is going to tank, you can “short” that firm—basically, you borrow a number of shares in that company at the current price, then sell them in the hopes that you can then buy the same number of shares again later for a lower price, give those shares back to the lender by an agreed-upon time, and pocket the difference.

As a business, GameStop, which primarily sells video games and gaming consoles, has been on a slow decline for some time. Not only does high-speed Internet make it possible for gamers to download the latest titles directly to their consoles, rendering much of GameStop’s business model archaic, but the chain is also a heavily mall-based business, and malls are, well, not doing great. GameStop has held on in part thanks to its business in used-games (which are cheaper, and which you can’t simply download) and because of high demand for the new PlayStation 5 and Xbox Series X/S consoles (for which GameStop is one of only a handful of approved retailers). That Ryan Cohen, co-founder of e-commerce darling Chewy, joined the board this month is also a reason for optimism. But overall, GameStop is running out of extra lives, its batteries are dying, and its parents are telling it to go to bed because it’s got school in the morning.

The seeming inevitability of GameStop’s demise made it an obvious target for short sellers. However, shorting a stock is often riskier than owning one. When you own a stock, the maximum amount you can possibly lose is whatever amount you’ve invested—if you buy $20 worth of Tesla, and Tesla crashes to $0, you’re out $20. But with short selling, your maximum loss is theoretically limitless, as there’s no cap on a company’s value. If you short Tesla at $20, and Elon Musk announces his new car makes you both invincible and unfathomably attractive, causing Tesla’s stock to hit $1,000, you’re going to lose $980. Ouch.

Short sellers have ways to defend against this. For instance, if a company they’re shorting suddenly skyrockets in value, they can buy the shares back at a slightly higher price rather than risk a bigger loss—if you short Tesla at $20 and it climbs to $30, you may decide to eat the $10 loss rather than chance an even worse fate. But when a huge number of people are shorting a particular stock that suddenly takes off, it can trigger a “short squeeze,” wherein short sellers rush to buy up more shares to give back to their lenders. That drives up demand and reduces supply, further increasing the price and thus getting even more short sellers to buy, and so on. It’s a vicious cycle that can destroy short sellers, but benefit investors who owned the stock before the squeeze.

Which brings us to Reddit, and more specifically, r/WallStreetBets, a half-fascinating, half-terrifying forum for meme-fueled day-traders that bills itself as “4chan with a Bloomberg terminal.” The short version of the story is this: influential r/WallStreetBets users realized that a staggering amount of GameStop’s shares were being shorted—per CNBC, it was the most-shorted stock on U.S. markets as of the latest filings. With so many people—many of them well-established Wall Street institutional players—shorting the company, it could be possible to convince enough Redditors to buy up a bunch of GameStop stock, thereby increasing its value enough to trigger a short squeeze, blasting the stock into the upper mesosphere to the benefit of those who bought in early—all while sticking it to the man.

That’s exactly what’s been happening. The r/WallStreetBets community, which has more than 2 million subscribers, has turned GameStop into a meme stock—it has value because a small number of people decided it would be fun (and potentially profitable) to pretend it had value, other people wanted in on the fun (and profit), and suddenly it had real value. Value is weird!

But unlike most Internet memes, there’s big money to be had here: some r/WallStreetBets users are claiming massive overnight gains as GameStop’s stock continues to defy typical market physics. Community pressure to hold for more gains, rather than sell is intense, as the gravy train only lasts as long as a major selloff can be avoided. “IM NOT SELLING THIS UNTIL AT LEAST $1000+ GME”—GME is the stock ticker symbol for GameStop—reads one of the subreddit’s most popular posts, from u/dumbledoreRothIRA, a user who claimed to have made nearly $300,000 in the scheme as of this morning. “BUCKLE THE FUCK UP.” (Another user, u/DeepFuckingValue, appears to have held major amounts of GameStop shares for over a year—giving them demigod status among r/WallStreetBets superfans—while hedge fund manager Michael Burry of The Big Short fame has also long held the stock.)

There’s a Robin Hood element to the entire bizarre affair: from the outside, it looks like a bunch of Internet-savvy everymen are beating establishment Wall Street short sellers at their own game of finding and exploiting an opportunity, no matter who gets hurt along the way. With income inequality at an all-time high, it’s easy to root for the apparent little guys who have found a way to win in a marketplace that often benefits big-time institutional traders (one user claimed they had paid off more than $23,500 in student loans with their profits). These people have flipped two giant middle fingers to the idea that you can’t beat the market, giving them overnight financial folk hero status. They’ve also gifted us the ultimate example of a company’s valuation being not just removed from its fundamentals, but in another reality entirely—a good lesson for all investors amid fears that we’re currently in yet another tech bubble.

Of course, u/dumbledoreRothIRA also had nearly $50,000 to sink into GameStop stock, based on their post. It’s possible that’s a drop in the bucket for them, and this entire event is mostly being orchestrated, or at least driven, by wealthy day traders who found a novel way to rally an army of Redditors into triggering a short squeeze for their benefit—a sort of Qanon with a focus on profit, insead of on unfounded global conspiracies. There are definitely at least some darker elements to this story: one prominent short seller, Citron Research, claimed they were harassed by an “angry mob” over their plans to publish a video explaining why they’re still bearish on GME.

On the other hand, it’s just as likely, and perhaps more terrifying, that u/dumbledoreRothIRA’s GameStop investment is their entire life savings, and if and when this whole thing inevitably blows up, they may lose everything. While many of those getting in on the GameStop action are clearly seasoned day traders, the chaos is just as likely attracting people willing to put too much on the line without really knowing what they’re doing, and could be too slow to react to a price crash. GameStop may sell games, but this isn’t one—and it’s not just Wall Street pros who could wind up losing big. 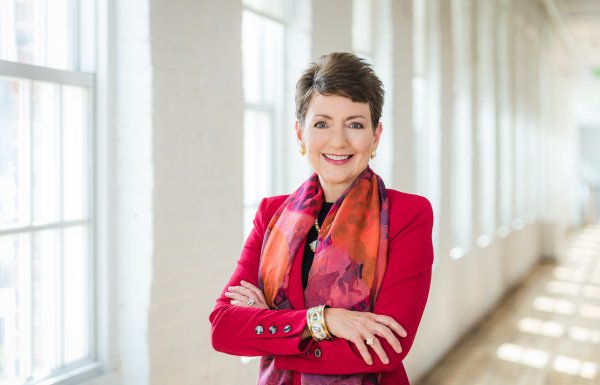