The Dig Is Just the Movie to Relieve Midwinter Cabin Fever

The English countryside captures the imagination of outsiders for lots of reasons: it’s a place of great, brambly beauty, where grass and mud reign in equal splendor. You can wear tweeds and Wellies unapologetically, and not just if you’re an Instagram influencer. And because of its rich, mysterious history, there’s always the tantalizing possibility that its very soil might yield centuries-old relics of life. For city mice everywhere, especially those held captive in their tiny apartments during pandemic times, The Dig—set in Suffolk, England, in 1939 and based on a true story of buried treasure—is a restorative escape, a smart, gentle picture whose transportive qualities should not be underestimated. It’s the cabin-fever-relief movie of this bleak midwinter.

The Dig, directed by Simon Stone and streaming on Netflix, is adapted from a work of fiction—John Preston’s novel of the same name—that is nonetheless based on fact—specifically, the excavation of an Anglo-Saxon ship, and its attendant golden accouterments, on the property of a well-heeled archaeology enthusiast and widow named Edith Pretty. Here, Pretty is played by Carey Mulligan: shortly after our first glimpse of her, we see her clomping across her fields wearing wooly plus fours that, given how they nip in just above her ankles, probably once belonged to a man a few inches taller than she is. In this inestimably practical gear, she’s showing a visitor around her property, a stern but polite fellow, inching past middle age and vaguely stooped, who has just arrived by bicycle.

That visitor is Basil Brown (Ralph Fiennes), an experienced but modest excavator. This man really knows how to dig. Pretty, whose father instilled in her a love of old buried stuff, wonders if there might be some noteworthy artifacts buried in her land. She makes a lowball offer for Brown’s services; he declines at first, but he senses something special about the project, and they work out a deal. And so begins their platonic kinship, a bond that grows stronger even as several museums cotton to the discoveries they eventually make and begin dueling for the privilege of housing the goods.

In the early scenes of The Dig, it’s mostly Pretty, Brown and Pretty’s young son, space-travel enthusiast Robert (Archie Barnes), who fill the screen. (A costuming note: In one scene, Robert wears a rad pullover with a rocket-ship knit into it. We have costume designer Alice Babidge to thank for that, as well as a variety of other thoughtful period- and character-specific garments.) These are the coziest scenes. Before long, a huffy-puffy representative of the British Museum descends (he’s played by Ken Stott), as well as a young husband-and-wife archaeology team, Stuart and Peggy Piggott (Ben Chaplin and Lily James). At some point, Mrs. Pretty’s dashing future-RAF-pilot cousin Rory (Johnny Flynn) arrives on the scene. Eventually, a love affair brews between two parties who shall remain unnamed, and there is a brief, discreetly shot outdoor assignation. Didn’t I tell you the English countryside was great?

As you would expect, there’s a lot of digging in The Dig. That could be boring, but every character sees the war looming, which adds some urgency to the proceedings. The first item unearthed is not that thrilling: a ship’s rivet that looks like a clumpy iron peg. But that makes one character’s subsequent discovery of the first small gold object that much more triumphant. That character really needs a break, and the gods of the past provide it.

The performances here are lovely: Mulligan, playing a woman with a robust spirit but fragile health, has a touching lunar quality. And Fiennes is wonderful, as a man whose polite reticence balances a fierce, confident dedication to his craft. Time marches on for all of us, and even if we refuse to acknowledge what we see in our own mirrors, we rarely hesitate to mark its passage in the faces of our actors. Many years have passed since Fiennes played a disturbingly sexy Nazi (in Schindler’s List), or even a noseless mystical villain (in the Harry Potter movies). He is not officially old enough to play a geezer, though he makes a good one. The Dig is a movie steeped in the inevitable passage of time, but it’s also a reminder that the past lives on through the things we leave behind. And that’s as true of performances as it of ancient sword fittings forged from gold. 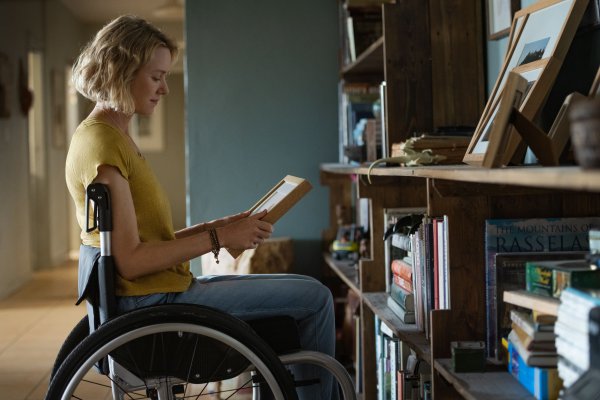 The True Story Behind the New Netflix Film 'Penguin Bloom'
Next Up: Editor's Pick