Special Presidential Envoy for Climate John Kerry wants the world to know the U.S. is humble as it rejoins the international conversation on climate change. In his Jan. 21 remarks to the international business community hosted by the G20 group, Kerry used the world “humility” to describe America’s reentry to climate talks five times.

But when it comes to China, humility is in short supply. Two days later, speaking at the U.S. Conference of Mayors, Kerry called China’s efforts to reduce emissions insufficient, and said that if the country doesn’t bolster its commitments, countries working to fight climate change are “all going to lose credibility.”

On Wednesday, he reiterated the call for China to do more in remarks delivered virtually to the World Economic Forum. “China’s done a lot. I’m not insinuating they haven’t,” he said. “But they also are funding 70% of the coal-fired power plants around the world in the Belt and Road Initiative. So we have big challenges ahead of us here. We’ve got to be honest.” Later that day, Kerry and Secretary of State Antony Blinken both emphasized the U.S. would not bend on other issues it had with China in order to make a deal with Beijing on climate.

In particular, Kerry called China out for giving itself a longer timeline to eliminate greenhouse gas emissions than other nations, including the proposed timeline laid out by Joe Biden during his presidential campaign. China announced in December that it would peak its greenhouse gas emissions before 2030 and eliminate them entirely by 2060, a full ten years later than the deadline the European Union, Japan and other top-emitting nations have given themselves to eliminate their carbon footprints. “It’s one of the few nations that has said something other than 2050,” Kerry told the U.S. Conference of Mayors. “Needless to say, we don’t want that to stand.”

It’s a bold statement considering that until a few weeks ago, the official position of the U.S. was open derision of almost any effort to tackle climate change. It’s also a wake-up call to the policymakers around the world who had hoped that climate change could once again serve as an olive branch around which the U.S. and China could rebuild their troubled relationship under the Biden Administration.

The U.S. and China are the world’s largest emitters, together accounting for nearly half of global emissions and, as the world’s only superpowers, they inevitably shape how the rest of the world responds to the universal threat of climate change. Those factors put climate change policymakers on high alert for any signs of how the two work together — or don’t — on climate policy. “This is the most consequential climate relationship that we’re going to have,” says Alan Yu, a former director for Asian Affairs at the U.S. Department of Energy, who is now a senior fellow at the Center for American Progress. “Obviously, it’s a complicated relationship.”

The U.S. dynamic with China has grown increasingly fraught in the past two decades. At the turn of the century, when the country’s economy was roughly the size of Italy’s, American officials hoped Beijing would gradually adopt a market economy—with an increasingly open and democratic society to follow. But China has remained committed to an authoritarian political system and its own model of economic growth, combining a market economy with heavy state influence. A number of disagreements between the governments have united American politicians across the political spectrum against China, from a dispute over territory in the South China Sea to China’s policy of forcing American companies to share their technology in order to do business there.

In the face of these disagreements, the Obama Administration used climate change as an avenue to maintain a working relationship with China. In the months leading up to the negotiations that yielded the Paris Agreement, the nations made an important bilateral deal that gave the rest of the world confidence that they would both work to reduce emissions. In turn, the two countries used that collaboration as a foundation for other partnerships. “Our bilateral understanding on climate helped steady the relationship at a time of turbulence on economic and security issues,” Paul Bodnar, senior director for energy and climate on Obama’s National Security Council and now a managing director at the Rocky Mountain Institute, a U.S.-based NGO that works on energy and climate, said last year.

Relations with China grew markedly worse under Trump, who introduced sweeping tariffs on Chinese goods, blamed Beijing for the spread of the coronavirus, and tightened visa rules for tens of millions of Chinese citizens, among other measures. As Biden emerged at the top of the Democratic ticket, many climate advocates hoped climate would return to its place the olive branch in the spiraling relationship. Eventually, they hoped, the two countries would once again work together to catalyze the rest of the world to decarbonize the global economy.

Now climate experts with experience in China say the possibility of winding back the clock with a comprehensive climate partnership seems increasingly distant. The new administration has adopted a broadly aggressive posture toward China from day one. Administration officials have given no indication that they plan to lift U.S. tariffs on goods imported from the country. Secretary of Defense Lloyd Austin described China as “the most significant threat” to the U.S. during his confirmation hearings. And Biden’s team has stood by the Trump Administration’s categorization of China’s forced “reeducation” of millions of Uighurs as “genocide.” “Strategic competition with China is a defining feature of the 21st century,” White House Press Secretary Jen Psaki said on Monday. “China is engaged in conduct that hurts American workers, blunts our technological edge, and threatens our alliances and our influence in international organizations.”

On Wednesday, during a White House press briefing, Kerry sought to put rest any concern that the Biden Administration would cede ground on other concerns to pave the way for a climate deal. “Obviously we have serious differences with China on some very, very important issues,” he said. “Those issues will never be traded for anything that has to do with climate. That’s not going to happen.”

Still, even if an Obama-era like partnership is out, there are a range of ways U.S.-China engagement on climate could unfold, with a variety of implications for the global fight against climate change. In Dec. 2019, weeks before the first presidential primary, Kerry laid out a model for competition with China in an op-ed co-written with Representative Ro Khanna, a California Democrat. The pair called for a “clean energy race” in competition with China, whereby the U.S. invests in a slew of new technologies that will play a crucial role in a 21st century decarbonized economy.

“Energy is the largest market the world has ever seen,” they wrote. “Our China strategy should be premised on becoming the undisputed global leader in the new-energy market, and the nation all others seek to emulate in tackling the climate change crisis.” Framing the U.S. posture toward China on climate as a competition also sends an important signal to Republicans on Capitol Hill who in recent years have cited China’s emissions as a reason the U.S. should be wary of reducing its own.

Climate policy experts say the two countries, now that they’re both back at the table, will need to find some common ground. Development finance and aid offer a critical area where the two could collaborate, says Kelly Sims Gallagher, a professor of energy and environmental policy at the Fletcher School at Tufts University who formerly advised on China and climate policy at the U.S. State Department. In recent years, China has offered billions to finance fossil fuel projects abroad while the U.S. has shrunk its international development commitments. If both committed to finance green projects, it would be a breakthrough, Gallagher says. “It will be important for the two countries to break the ice in a very pragmatic way.”

One thing everyone agrees on is this: For Kerry’s mission to succeed with China, or any other country, the U.S. first needs to get its act together at home. That means enacting a broad suite of policies that will bring down U.S. emissions — and doing it fast. On Wednesday, Biden signed executive orders to do just that, from a policy pushing the federal government to buy electric vehicles to a moratorium on new leases for oil and gas drilling on federal land. In the end, experts say, concrete policy moves are far more likely than harsh rhetoric to convince China that the U.S. poses serious competition in the race for a clean energy future. “Each action the United States takes will build confidence” that the U.S. is committed to climate policy, says Gallagher. If that happens, she says, it may once again feel like “we’re on a race to the top.” 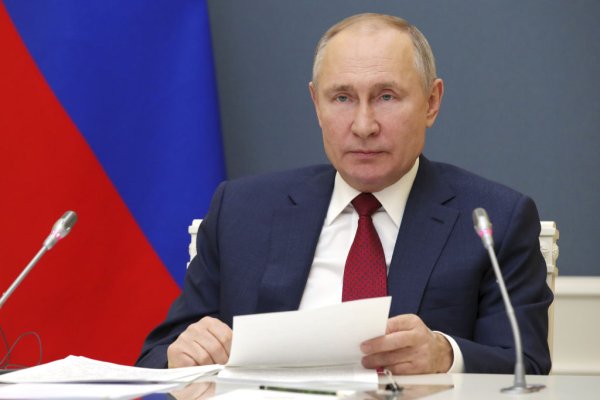