'We Need a Fundamental Reset.' Shoshana Zuboff on Building an Internet That Lets Democracy Flourish

Shoshana Zuboff, author of The Age of Surveillance Capitalism, argues the threat to our democracy won’t recede unless we address the fundamental flaws of the business model that companies like Google and Facebook have ridden to market dominance—a model built on extracting data about our behaviors, and using the insights from those data to manipulate us. Zuboff spoke to TIME on what to expect from the next 10 years.

The details of the algorithms used by big tech platforms are known to nobody outside the companies that operate them. How do you begin to regulate something like that?

We have backed ourselves into an untenable social framework, where a few giant companies own and operate the Internet. The companies are black boxes, outside of societal influence and democratic control. Their surveillance economics compel them to extract data from our lives at a massive scale. They simply claimed the right to treat our private lives as raw material for their profit. The data come from us, but they are not for us. The more they track us and engage us, the more data they gather, the better they can target, manipulate, and predict future behavior— insights that they sell to lucrative markets of business customers. Algorithms are engineered to amplify the most extreme, angry, toxic content, drawing people in to maximize data extraction.

These operations undermine human autonomy and create huge societal asymmetries of knowledge and power—a whole new dimension of inequality. We are learning the hard way about their destructive effects on society and democracy. These systems can be regulated, but the fact is that we’ve barely even tried so far. Important new legislative proposals in the E.U. and the U.K. would for the first time insist that the largest tech platforms are accountable to audit and oversight, the rule of law and the established rights of citizens. The message is that democracy is finally on the move after two decades of surveillance capitalism having all the power.

Casting your gaze forward to 2030: What do democracy, society and our social platforms look like if we embark upon a new course?

Conversations about democracy, technology and the economic dominance of surveillance capitalism are now inseparable. Looking ahead to the year 2030, I put my bet on democracy because it’s the best idea humanity has ever had, despite all of its obvious imperfections. When I wake up every morning I’m thinking about what I can do to contribute to this, so that our societies mobilize to double down on democracy.

This begins with saying out loud that the current state of affairs is intolerable. Massive commercial surveillance for the sake of a few companies is disfiguring our societies. Intolerable. My kids discuss encryption software and how to hide in their own lives from invasive tracking and data extraction. Intolerable. Our public discourse is ruled by a handful of people for the sake of their profits. We never voted for them and cannot influence them.

Intolerable. We are relegated to bystander status in our own societies. Intolerable. As citizens we begin by joining together in our communities, organizations, associations, political networks to demand an end to commercial surveillance. Our lawmakers hear from the tech lobbyists every day. They need to feel us at their backs instead. We are poised at a new beginning, and not a moment too late. If we do that, 2030 will be fundamentally different than the horrors that we’re experiencing today.

Tech platforms hold so many promises for connections across boundaries. What benefits can they still bring to the world?

Facebook entered our lives with great promise. We want to be connected. Just as a century ago we embraced the telephone, we embraced Facebook. Then surveillance capitalism was invented and the whole project turned extractive and adversarial. It’s no longer about connection, but about exploiting personal information for profit. That’s what leads to amplification of extremism and all the rest. So, let’s go back to the original promise and do it right. The boundaries between the virtual and real worlds have melted, and therefore the laws and rights that protect us must govern both.

People should have the rights to decide what becomes data and what remains private. We must have the rights to decide how those data are shared, and for what purpose. We will need new institutions and pathways so that data can be used to enhance our lives, communities, and societies. This was the original promise of the digital age, and it remains within our reach. We’ve been hijacked, but we can change the trajectory.

Instead of massive concentrations of data to manipulate our commercial and political behavior, data becomes a critical resource for people and society. We use it to enhance our cities, towns, and neighborhoods; to make sure everybody’s got food; everybody’s got a doctor and a teacher. We cure diseases and work on the climate crisis. We clear the space for new kinds of businesses that actually care about people and want to solve our problems. There’s no tweaking any of this to get us where we need to go. We need a fundamental reset.

If any of this sounds impossibly idealistic, I offer two thoughts. First, we learned in the 20th century how to tether industrial capitalism to democracy and create a more equal and prosperous society. We’ve strayed from that vision, but we are on our way back to it, now for a digital century. Second, our sense of the possible has been crippled by two decades of helplessness and resignation under the thumb of the tech giants. That too is changing as we come to understand the wizard behind the curtain. Right now, we are eager for change, and every path forward leads through democracy guided by a shared vision of a democratic digital future. 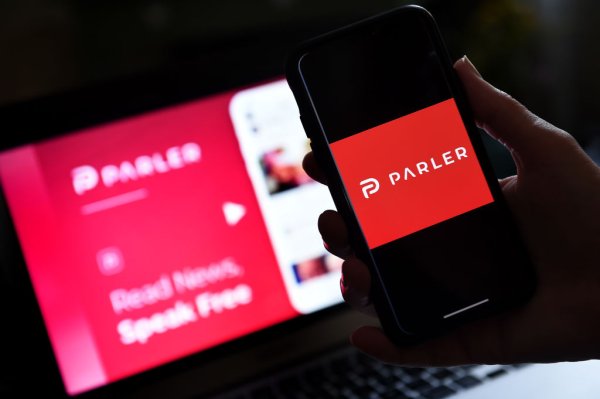