Kamala Harris on Joe Biden, Being a 'First' and Restoring the Soul of the Nation: The 2020 TIME Person of the Year Interview

Kamala Harris is the first Vice President-elect to be named TIME’s Person of the Year.

TIME senior correspondent Charlotte Alter sat down with the California senator in Wilmington, Del., on Dec. 7—which happened to be Harris’s mother’s birthday.

“She’d be very proud,” Harris told Alter, when asked what her mother would say as her daughter prepares to take the oath of office. “And she would be very focused on the issues of the day and knowing that I would take seriously the responsibility that I have and will have to address those issues.”

Here are excerpts from Harris’ interview with Alter, edited for clarity.

On what she wants to do first

There’s a lot, to be honest. We’re talking about a public-health crisis that has killed hundreds of thousands of people, has infected tens of millions. We are in the midst of an economic crisis that’s being compared to the Great Depression. A long overdue reckoning on racial injustice. And a climate crisis. We have to be able to multi­task, just like any parent or any human being does.

I can tell you many things about him with admiration and respect, including that Joe asked me to be his running mate because he under­stands that we have different life experiences. But he also knows—and I know, and it’s a point of pride for me—that we have an incredible amount of shared experiences and values. We were both raised in strong, hardworking families. We’re grounded in faith. We both have spent our entire careers in public service. I think that’s what makes ours a very full and very robust partnership.

My team got a call that the [former] Vice President would like to speak to you. The anxiety, the tension was high. What was this call gonna be? Instead of going on as some might with their involvement with themselves, immediately [Joe] said, “So, you want to do this?” He just got right to the point. That’s who Joe is. There’s no pomp and circumstance with him. He’s a straight shooter.

Why Biden and Harris won

The country wanted a leader who pledged their ability to heal and to build a broad coalition. The American people said, “Let’s move forward. Let’s understand that regardless of where you live, your race, your ethnicity, the language your grandmother speaks, let’s move forward knowing that the vast majority of us have more in common than what separates us.” It’s about basic stuff. Can I get a job? Are my kids gonna have the opportunity for an education that allows them to reach their God-given capacity? I think that’s what people want as we move forward. And I think that’s what the American people got.

Restoring “the soul of the nation”

Our souls will be well when people know that they can feed their children. When they know that they can have a job that allows them to not only pay the bills by the end of the month, but to have a sense of dignity, in terms of knowing they’re providing for their families and creating a pathway for their future possibilities. The soul of the nation is well when people don’t have to worry about whether they can afford their medical bills, or whether they’ll go bankrupt because they have a family member that’s sick. It’s these basic things that should be considered human rights, frankly, civil rights.

It is one of my responsibilities. My mother had many sayings. She would say, “Kamala, you may be the first to do many things; make sure you’re not the last.” Which is why [in my victory speech], I said, “I will be the first, but I will not be the last.” And that’s about legacy. That’s about creating a pathway. That’s about leaving the door more open than it was when you walked in. —With reporting by Charlotte Alter and Simmone Shah. 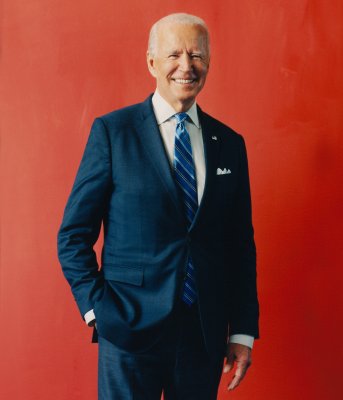 Joe Biden on Vaccines, Pardons and Uniting America: The 2020 TIME Person of the Year Interview
Next Up: Editor's Pick