The Pandemic Has Seen Global Spikes in Pet Abandonment. Here's How One Shelter in China Has Been Coping

When readers of TIME last saw Sweetie, it was a frozen February morning in the central Chinese city of Wuhan, and the terrified dog was snared in a policeman’s net. Like thousands of other animals abandoned during the city of 11 million’s 76-day coronavirus lockdown earlier this year, the pup was destined to be destroyed.

But the policeman took pity and instead passed Sweetie to Li Heng, a volunteer for the Furry Angels Haven animal shelter. Taking her in wasn’t a small ask. Li was legally only allowed to keep one dog at home, but due to the flurry of pets abandoned early in the crisis, at one point had 67 dogs and 40 cats in her small apartment. The prospect of neighbors complaining to the authorities was never far away.

“A lot of dogs were abandoned by their owners,” says Li, an auditor by profession.

Vshine Animal Protection Association, which partners with Humane Society International, estimates tens of thousands of dogs and cats were dumped across Hubei province, of which Wuhan is the capital. The Wuhan lockdown started just before Chinese New Year. Residents who had only planned to be away for a few days’ holiday suddenly found themselves unable to return to the city for weeks, with nobody to care for their pets. Other pet owners, trapped in the city, were unable or unwilling to care for their animals under the unprecedented circumstances of a strict lockdown.

“And some dog owners were infected with COVID-19 and were isolated and treated,” Li adds. “So those owners left them in residential complexes. After hearing about this, I couldn’t let them be.”

Thankfully, things in Hubei have now improved. No longer in lockdown, Wuhan has roared back to life. And thanks to a $20,000 donation from U.S.-based animal charity SPCA International, Furry Angels Haven has brand new premises on farmland outside the city. Around 180 dogs and 40 cats roam the spacious house and yard, where they receive plenty of food and basic medical attention.

“Now more than ever, we believe it is critical to help shelters like Furry Angels Haven Wuhan, who are persevering through unprecedented obstacles to preserve the safety and well-being of animals,” SPCA International tells TIME in a statement.

Adopting pets in the pandemic

In China, pet ownership is a relatively new phenomenon, though growing quickly with an estimated 150 million animal companions across the country today. China’s pet industry was projected to be worth $30 billion in 2020 before the coronavirus hit.

Mary Peng, founder of the International Center for Veterinary Services clinic in Beijing, says a “silver lining” of the crisis is that Chinese society is more aware of zoonotic diseases and the risks associated with eating dogs and other animals of murky provenance.

“It’s making people a little more careful about their choices, and food choices especially,” she says.

Still, major problems persist—and not just in Hubei or China. Across the globe, the pandemic has seen spikes in pet abandonment and has devastated local animal shelters, leaving immense challenges such as food shortages, overcrowding, and significant fears of culling.

In China, animal charities face a bottleneck as they typically prefer to send rescued pets to Western nations with a strong tradition of pet ownership, given return rates for domestically adopted pets are around 80%.

“In the U.S., even kids without dogs know a little about looking after them from hanging out with friends’ pets, but there is just not the same culture in China,” says Peng.

While sending a dog to the U.S. or Europe, as part of a passenger’s baggage, could be as cheap as $300 before the pandemic, fewer flights now mean costs have soared several times. China’s strict quarantine restrictions also mean fewer people want to fly, meaning “flight volunteers” to accompany animals are hard to find. Airlines have introduced new rules that mean sending unaccompanied animals as freight can cost upwards of $15,000.

Furry Angels Haven used to rehome up to 20 animals overseas each month though this has largely halted. Sweetie, for one, has someone interested in adopting her in the U.K.—but no way to get there. “She’s still very nervous after her ordeal,” says Li. “Hopefully we can get her a new family soon.”

Until the world opens up again, all the animals will have to be cared for at the shelter. Although rent outside the city is relatively cheap, keeping so many bellies full and tales wagging soon adds up. Donations are vital to help with food, medicine and other upkeep costs.

“I’ve loved dogs and animals ever since I was a kid,” says Li “I hope that, through my efforts, I can help these dogs as much as possible because they are living beings too.” 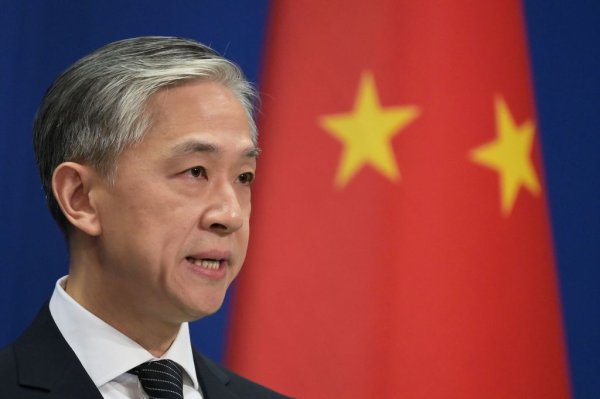