Hei-hei is 3 years old. She loves snoozing spread-eagled on her back, playing with a football, and sausages. She hates early morning exercise and, clichés be damned, cats — especially that sandy-colored rascal who is forever prowling our roof. And were she not rescued from a construction site as a puppy, Hei-hei may well have now have been eaten.

My wife and I recently adopted Hei-hei from the TACN rescue center on the outskirts of Beijing. Like practically all the animals there, she was destined for China’s dog-meat trade. An estimated 10 million dogs are devoured across China each year, including around 10,000 that end up at the infamous Yulin Dog Meat Festival, which kicks off once again on June 21 in Guangxi.

But perhaps not for long. Last Friday, dozens of protesters gathered at the Yulin government offices in Beijing to present a petition of 11 million signatures demanding the festival’s abolition. “Yulin is a total embarrassment to China,” says Xu Yufeng, founder of Beijing Mothers Against Animal Cruelty. The event should end, she added, “in the interests of public security, food safety, social morality and China’s reputation.”

Every culture has its culinary peccadillos, and China has a long history of eating dogs. The practice predates written annals, and even the craftsmen who created the famed Terracotta Army were partial, according to a new study. It is a habit mirrored in other Asian nations — from Cambodia and Vietnam to Korea. Traditionally, dogs are eaten for medicinal qualities, as their meat is supposed to stoke the body’s yang energy. At Yulin, there’s also a superstition about bringing good fortune at the summer solstice.

“Dogs are no different than other livestock, and dog meat is nutritious,” one Beijing dog farmer and butcher, who sells about 50 kg of dog meat a day to restaurants and private households, tells TIME. “I think we should eat dogs, which are just farm animals, like pigs.”

China has less than 100 recognized dog farms, most of which are very small, say animal-rights activists, keeping around 30 adult dogs at any one time to prevent the incidence and spread of diseases. The above farmer, who asks to remain anonymous, keeps just 50 young and mature animals, and says it takes six or seven months until dogs are ready for slaughter.

This tiny capacity means that the vast majority of the canines eaten in China are strays and pilfered pets (warning: distressing link). Dog owners across the country have to be on red alert for snatch thieves in the run-up to Yulin.

While eating dog has ancient roots, Yulin’s supporters can’t pretend that the festival has precedent. The event only started in the 1990s and isn’t official — the local authorities even deny there is a festival as such. Instead, they say it’s simply an informal gathering of like-minded individuals. Dogs are bludgeoned to death on the spot, and then eaten with an accompaniment of lychees and grain alcohol.

China’s growing affluence, however, is quickly changing it into a nation of dog lovers, not eaters. To be sure, in harsher times dogs were either a source food or protection — but now they increasingly kept for companionship. Day or night, our quiet Beijing street teems with handsome pedigrees, including a silky black labrador, a couple of imperious corgis and an enormous Siberian husky. (Such breeds, being over 35 cm tall, are technically illegal inside the city center, though the authorities evidently turn one heck of a blind eye.) Our Hei-hei — a Pekingese cross, we believe — looks quite the cur in such well-bred circles.

“Dogs are humans’ friends. They safeguard people and even rescue people. Having dogs also helps children with autism,” says an anti-Yulin protester, Qi Qi, 33, holding a rescued black poodle called Nu-nu. “And dogs need to be cared for and vaccinated.”

The preening, affection and potentially deleterious rule flouting exhibited by China’s urban pet owners is hard to reconcile with the barbarity of Yulin. Thousands of distressed animals are packed into sweltering crates, at the very zenith of the summer inferno, and transported in journeys that can last days to the southern city of 7 million. Many are dead on arrival. Rabies, which kills around 100 Chinese each year, is a major concern. Dogs are responsible for 9 out of 10 cases in China. Eating strays and pets at Yulin, with no clue as to their origin or health, is worse than scavenging roadkill.

Protesters have had some success before. In 2011, Chinese authorities banned the Jinhua Hutou Dog Meat Festival in Zhejiang province. That festival dated back six centuries and was rooted in commemoration of a legendary battle, yet it was nixed because of the public outcry.

Yulin could be stopped if current laws, which prohibit the mass transportation of live animals without prior laboratory quarantine, were implemented. Currently, the trucks that arrive in Yulin are waved through. (China has a draft animal-welfare law but it’s not yet been passed.)

According to Professor Guo Peng, an expert in the dog-meat trade at Shandong University, the Yulin government has repeatedly ignored regulation violations she has personally brought to their attention, though it has taken some measures to reduce the tension caused by the festival. “The Yulin government is a local regulator of a remote area,” she says, “I’m not sure of the [central] government’s power of execution.”

Instead, activists are taking the lead. On Wednesday, the Humane Society International (HSI) said it had rescued 29 dogs and five cats from a slaughterhouse in Yulin. “Once they realized we weren’t there to hurt them, but in fact we would make their suffering stop at last, they very quickly responded with licks and wagging tails,” said Peter Li, HSI’s China policy specialist.

Even so, and despite Chinese new affection for man’s best friend, Yulin, and the dog-meat trade in general, will be hard to stamp out while it remains so lucrative. “Most of the dog meat is from stolen dogs, so there is no cost in breeding and the price is lower than pork and lamb, leading to a high profit margin,” adds Guo. “It is difficult for the government to stop the chasing of profit.” 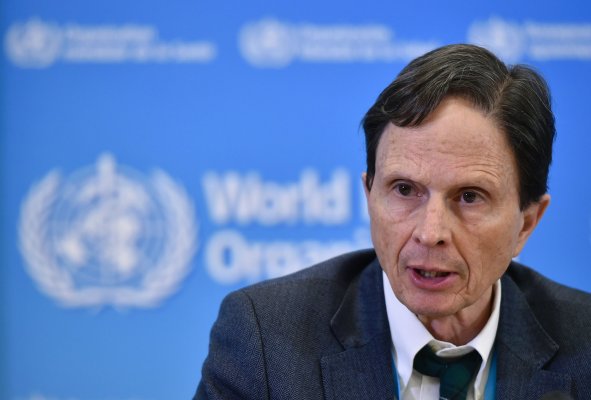 Risk of Zika Spreading Globally at Olympics 'Very Low'
Next Up: Editor's Pick