There Will Be No Safe Havens in COVID-19's Final Assault on the U.S.

Since COVID-19 arrived in the United States more than 10 months ago, it has infected 13.5 million people across the country, or 1 in 24 U.S. residents. How many of them do you know?

If the virus infected people at random, your answer would probably be “a few” or even “two dozen,” based on a study that estimated the average person knows about 600 other people—at which point the odds that you know at least one infected person would be just a hair shy of 100%. Reduce that estimate to 50 people, and the odds are still 87%, and growing by the day.

But in reality, your answer may be anywhere from “it’s infected many of my closest friends and loved ones” to “no one.”

In part, that difference has to do with who you are and where you live—COVID-19 has taken a particularly heavy toll on minority and low-income communities. But it’s also likely due to the fact that, until recently, the virus spread unevenly across the country, geographically speaking. As hotspots emerged in the Northeast, the Sun Belt, and the Midwest over the spring, summer and into autumn, many counties elsewhere were regularly reporting zero new cases. So, even as the national figures climbed at an alarming rate, for many Americans, the nearest new case was still several counties over.

Now, those pockets of relative safe haven are nearly extinct. Even before an almost certain surge in the wake of Thanksgiving gatherings, there’s nowhere in the U.S. where the virus isn’t at least simmering, if not boiling over.

To demonstrate this, TIME analyzed the moving average of new cases in each U.S. county since late March. For each county that had zero recent cases on any given day, we computed the average distance to locations with at least one recent new case, giving the county what you might call a “safe haven metric”—which, in the case of counties with active cases, was 0. Then, for each day, we calculated the average of these metrics for each county, weighted by population.

As you might expect, this metric moved in approximately inverse proportion to the rising rate of new cases in the spring and summer, plummeting from 80 miles to under 30 as cases peaked in early April, concentrated in the Northeast. It then rose during the mid-July lull before the second wave, only to dip dramatically as cases later surged once again.

But then the reverse dovetailing ends. Since the summer peak, the eye of the coronavirus has moved considerably toward the upper Midwest. However, unlike a hurricane, COVID-19 has not left entirely after doing its damage, and the virus remains a threat everywhere it’s touched. As of Nov. 17, zero counties in the continental U.S. were left that had not reported a single case at any point. More importantly, on any given day, there are now typically fewer than 20 counties with a rolling average of zero new cases, whereas previously there were often hundreds.

Even as vaccine development and production continues at a frantic pace, COVID-19 will not go quietly. Nor, by all indications, is there anywhere left in the U.S. that will remain untouched in what is hopefully its final act. 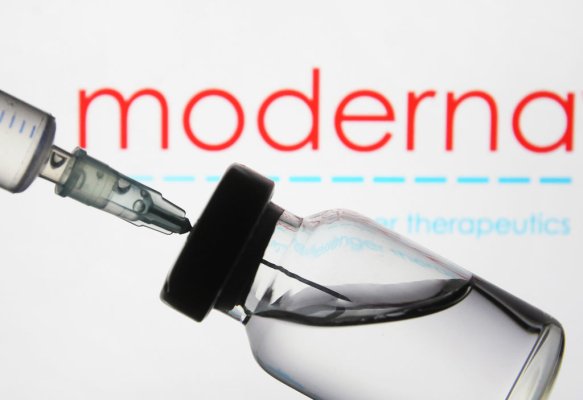