I first heard Rush Limbaugh on the radio circa 1989. I was on the road, driving from Chicago to see my sister in Cincinnati. I had my year-old son in the back, flipped on a talk radio station and there was this cocky voice throwing insults at liberals and echoing so much of what I believed. My son kept laughing at me because I spent most of that five-hour ride talking out loud to the radio, fired up because finally there was someone out there who sort of spoke for me and my politics.

Like the rise of Fox News itself, Limbaugh, who came before Fox, gave a media voice to Republicans and conservatives. The media, as it was back then—including network TV and the nascent cable news industry—all had a consistent left of center bias; it was a given. Limbaugh gave those of us on the right a place to go every day. And there was a pent-up demand for a right of center voice.

A scene from the set of Rush Limbaugh's show, 1995.
Mark Peterson—Redux

The Missouri-born Limbaugh once told Sean Hannity he comes from a family of “all lawyers” who were “obsessed with going to college.” Although he internalized his family’s conservative values, it was not college that obsessed him but radio. He landed his first job at a local station as a teenager, and dropped out of college after a couple of semesters to pursue his passion full-time.

He hit the big time when he started on WABC in New York in 1988. By 1990 he was syndicated all over, eventually landing on nearly 600 stations nationwide, listened to by millions every day. He was fearless, irreverent, funny and a great talker. Other talkers soon followed. Limbaugh created the entire industry of conservative talk radio, and he remained the king of the hill.

But I stopped listening to Limbaugh after a couple of years. I got bored. He was on a career rocket ship—lights-out ratings, on a trajectory to making many millions, dabbling in TV with his own show, trying his hand at NFL commentary for ESPN—but I found after a few years much less a focus on the conservative agenda. His daily three hours on the air became all about attacking and mocking the left, and I grew to not believe a lot of what he was saying. His problems with the truth were my giant red flag.

He was a birther before Trump and lied about Barack Obama not being born in America. In the early ‘90s, to push his agenda against climate science, he falsely claimed there were more acres of forestland in America at that time than when Christopher Columbus landed here in 1492. Misogyny ran through his monologues.

At the time Limbaugh was at his peak, I was primarily working in the policy arena on issues of school reform and urban poverty. I would eventually run for and get elected to Congress, but I grew to find Limbaugh’s show to be little more than shtick. But for the record, mine continued to be a minority opinion. Limbaugh’s audience and influence among Republicans and conservatives continued to grow: He gets credit for the 1994 GOP takeover of the House and the 2010 Tea Party wave.

I went to Congress as part of that 2010 wave. The conservative media world that Limbaugh helped to birth amplified our Tea Party platform. After a term in Congress, I found myself on the radio, growing my own syndicated talk show. Though not in Limbaugh’s league when it came to audience size, I found myself naturally gravitating toward a competitive stance with his show. I did not, and still don’t, view conservative talk radio as entertainment. I view it as a serious mission to change hearts and minds and compel people to action.

I also realize that as a talk radio host, as I was as a politician, I can only speak my truth. I can only say what I believe. That gets me to the greatest harm of Limbaugh’s legacy: the destruction of truth, the manipulation of his audience and the promotion of conspiracies. This area of dishonesty I find most troubling because it is pervasive in the conservative media world and Limbaugh led the way on lies and disinformation for most of his career. Politifact, the fact-checking website, has analyzed about 50 of Limbaugh’s higher profile controversial statements and labeled the majority of them “mostly false,” “false” or “pants on fire.” Recent examples include his assertions that House Democrats’ impeachment inquiry of Donald Trump “doesn’t feature the opposition party, it doesn’t feature cross examination,” that Joe Biden’s Democratic Convention speech “had to be taped in segments, and the segments had to be edited together,” and that “the coronavirus is the common cold.”

Limbaugh isn’t alone. Sadly, the vast majority of conservative media feeds misinformation to their audiences. When you look at talk radio and Fox News today, the most successful employ the same model of dishonesty and manipulation of their audience. We’ve seen this play out during the pandemic with deadly consequences. Because Limbaugh achieved such success by being fundamentally dishonest, he is responsible for the alternative reality that conservatives and Trump supporters live in right now because so many who followed him have imitated him. This became wrenchingly clear during the Jan. 6 Capitol riots, after Limbaugh (who on Jan. 7 compared the rioters to our American revolutionary heroes) and others like him pushed the false narrative that Joe Biden and his supporters “stole” the election from Trump. Limbaugh was still pushing the “stolen” election lie after Jan. 6, including on Inauguration Day.

Limbaugh, with wife Kathryn and First Lady Melania Trump, is recognized by President Donald Trump in his State of the Union address in the House chamber on Feb. 4, 2020. He was later presented with a Presidential Medal of Freedom.
Leah Millis—Pool/Getty Images

Look, I can’t think of a better performer on the radio in recent years than Limbaugh: His listeners loved him, his detractors hated him and very few people were indifferent to him. That’s what you want in a TV/radio personality. He could play a mic like no one. I don’t know of a better monologist in the history of talk radio. Limbaugh had few guests, and never lots of callers on any one show. For three hours a day it was just him, doing his thing. Very few talk show hosts can do that. I know, because that’s the type of talk radio I do.

Like so many other conservative talkers and Fox News personalities, Limbaugh, disappointingly, sold his soul to Trump, and in his last few years on the radio seemed to be just a mouthpiece for the former president. What makes me especially sad is unlike Hannity and so many others, Limbaugh knew better. He was smarter. But Limbaugh was all about the ratings, and wanted to remain the king of the hill until the end.

Besides rest in peace, what else can be said? Thank you for creating modern talk radio. But by so demonizing the left, you so contributed to the ugly and dangerous polarization of our politics today. And by trafficking in so many lies and conspiracy theories, you’ve helped ensure that a sizable segment of the American voting population no longer believes in basic truths. It will take years to undo this. What’s needed is a serious, truthful Rush Limbaugh to come on the scene in conservative talk. Someone with his innate talent and skills, but who uses those skills not to rile up conservatives and demean the left, but to educate conservatives and respectfully debate the left. Thirty-plus years ago, Limbaugh had a different mission as a conservative talk radio pioneer. For better and worse, he succeeded. 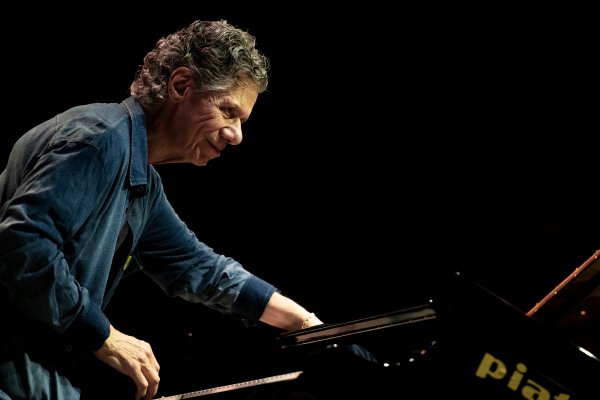