This Is How the Whole Birther Thing Actually Started

On Friday, an old conspiracy theory about President Obama got new legs: as Obama reiterated that he was “pretty confident about where [he] was born,” Donald Trump—who long questioned the President’s place of birth—made a statement walking back that position.

But, Thursday night, his campaign also issued a statement tracing the rumor to his opponent, Hillary Clinton.

As PolitiFact and Fact-check.org both explain, there is absolutely no evidence that Clinton or her campaign were the source of the idea, though it did spread among some of her supporters during the 2008 primary contest between Clinton and Obama—which would only make sense, in terms of the timing of someone questioning whether someone were qualified for the presidency. And as for Clinton herself, she said on Friday that Trump’s campaign for the White House was “founded” on the “outrageous lie” that Obama’s place of birth was ever in question, and called out the racism of the rumor.

So where did the idea actually come from?

There’s no definite answer to that question, as the 2008 iteration of the idea was first circulated, according to a Politico history of the theory, by anonymous email. But, as the primary season came to an end, it got a publicity boost from an ironic source: the attempt by the campaign to quash rumors led some people who might have previously ignored them to wonder what was going on.

In 2008, TIME explained how that happened:

Even after Obama won the election, the idea did not go away. Years later, in 2011, Donald Trump, then toying with a 2012 run for the White House, was largely responsible for bringing it back into the news.

But the cached version of that original 2008 Obama campaign response, the fact-check website fightthesmears.com, can still be found online. “Senator Obama was born in Hawaii in 1961, after it became a state on August 21st, 1959,” the website states. And, of course, it links to the documents that prove so—not that anyone should need to see them anymore. 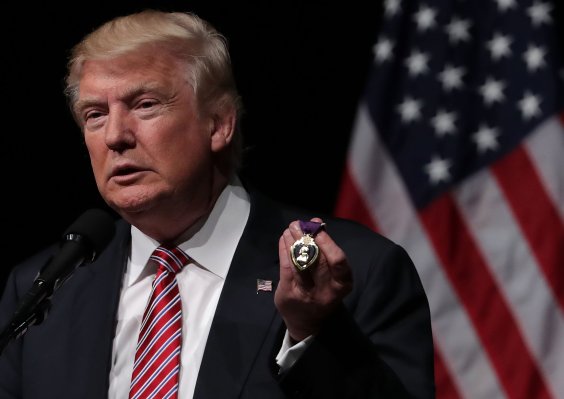 5 Reasons Veterans Should Not Support Donald Trump
Next Up: Editor's Pick