'It's Like We’re Hanging in the Air.' Iranian Activist Nasrin Sotoudeh's Husband on Her Temporary Release From Prison

On Nov 7, the day that Iranian human rights lawyer Nasrin Sotoudeh won temporary release from Qarchak women’s prison in Tehran, a video clip circulated on social media showing her wearing a green hijab and clasping a bouquet of chrysanthemums. A surgical mask obscured Sotoudeh’s mouth, but her cheeks rose and her eyes crinkled as she drew her 14-year-old son into a tight embrace.

For Sotoudeh’s husband Reza Khandan, the joy of their long-awaited reunion was tempered with a sense of anxiety. “When we heard the news of her being released we were so happy,” he told TIME on Nov. 18 from their home in Tehran. “But at the same time, we realized that she had somehow been in contact with the virus in Qarchak Prison.”

Iran is the worst-hit country in the Middle East by the pandemic, according to its government figures—though even those are likely to be an underestimate. Human rights attorney Sotoudeh—who has been imprisoned since June 2018—has twice gone on hunger strike to demand authorities release other political prisoners who are at risk of infection in the country’s often overcrowded and unsanitary detention facilities. Her latest ended after six weeks, after Sotoudeh was hospitalized in dire health. Just days after authorities released the 57-year-old from prison on a five-day medical furlough, Sotoudeh tested positive for COVID-19, Kanhdan wrote on social media.

For Khandan, who has since also tested positive, the bitter irony extends beyond the fact his wife has contracted the virus she was trying to prevent other prisoners from catching. The conditions of Sotoudeh’s medical furlough mean that her recovery could expedite her return to jail. Meanwhile, if she were to undertake any political activism or make comments to the media, it could lead authorities to summon her back to jail—depriving her of the medical care she needs to make a full recovery.

Tara Sepehri Far, an Iran researcher at Human Rights Watch, says such temporary releases are a common tool Iranian authorities use to suppress dissent. “Keeping people in limbo is a very effective tactic to control and constrain them,” she says. Particularly in the case of activists who have family in Iran or medical concerns, “the threat of taking people back to prison is even more effective in certain cases than taking them back to prison.”

Nasrin’s journey to the “end of the world”

Sotoudeh’s incarceration did not begin at Qarchak, but in Evin Prison—Iran’s main facility for prisoners of conscience since 1972. She spent several years at the facility between 2010 and 2013 on charges connected with her activism. After she legally represented women in 2018, who were tried for peacefully removing their headscarves in public protests against Iran’s mandatory veiling laws, a court sentenced Sotoudeh to five years in prison. That, and activities such as distributing pins in support of these women and giving a speech at the UN, contributed to the charge of “espionage in hiding.”

At another in absentia trial in 2019—which Sotoudeh had refused to attend because she was not allowed to select her own legal representation—Iranian prosecutors added charges including “propaganda against the state,” “appearing at the judiciary without Islamic hijab,” and “encouraging corruption and prostitution,” to Sotoudeh’s rap sheet. That brought her total prison term length to 38 years—a sentence the UN’s human rights body (UNHCR) has called “state retaliation for her tireless work defending human rights.”

Sotoudeh has continued that work despite her sentence. On March 16, she began a hunger strike to demand Iran release political prisoners at risk during the pandemic. That month, authorities announced they had temporarily released 85,000 prisoners in a bid to prevent the spread of the virus in the country’s prisons—and then some 100,000 by the end of April. Human rights observers say they have been unable to independently confirm those numbers, but ascertained that prisoners of conscience were mostly left out of the mass furloughs. Hundreds remained in crowded, unsanitary quarters where social distancing was impossible.

Sotoudeh’s second hunger strike, beginning on Aug. 11, was aimed at further pressuring authorities to address the situation for prisoners of conscience. It ended when she was hospitalized with heart complications and difficulty breathing on Sept. 19. Iranian doctors who reviewed Sotoudeh’s files described authorities’ decision to return Sotoudeh from the hospital to her prison cell without giving her the urgent procedure she needed as “a deliberate attempt to put her life in danger,” according to the Center for Human Rights in Iran.

Read more: Political Prisoners Remain Behind Bars as COVID-19 Surges in Iran. This Activist Is Risking Her Life to Get Them Out

The danger to her health was compounded when instead of returning Sotoudeh to hospital for treatment in October, authorities transferred her to Qarchak, a facility notorious for its overcrowding and limited access to clean water. In Iran, it’s referred to as “the end of the world.”

The punitive measures taken against Sotoudeh, her family says, go beyond the walls of Evin and Qarchak. Authorities have closed Sotoudeh’s bank accounts and ordered some of her assets to be frozen, according to Khandan. In January 2019, Khandan was himself given a six-year suspended prison sentence that can be enforced at any time, on charges connected to his publicizing of Sotoudeh’s case. And last month, the couple’s 20-year-old daughter Mehraveh Khandan defended herself in court against charges stemming from a 2019 argument with an Evin prison guard while she was visiting her mother.

Campaigns of harassment against the relatives of Iranian dissidents—and even those killed in the accidental downing of Ukraine Airlines Flight 752 this January—have been widely reported.

“Right now the priority is just her health”

Asked whether Sotoudeh will resume her hunger strike should authorities return her to prison, Khandan says that’s a question only his wife can answer. For now, they are focused on her recovery. “She needs some time to regain her strength and think about the future,” he says, “right now, the priority is just her health.”

But the risks of hunger-striking are stark. On Aug. 27, some two weeks after Sotoudeh began her latest fast, Turkish human rights lawyer Ebru Timtik died 238 days into a hunger strike to call for a fair trial after an Istanbul court sentenced her to more than 13 years in prison on “terrorism-related” charges, according to Turkey’s Bianet. In Dec. 2018, Iranian activist Vahid Sayadi Nasiri died in Quom prison after a 60-day hunger strike.

The UN’s office for human rights on Nov. 13 welcomed Iran’s temporary release of Sotoudeh but urged authorities to quash her convictions and ensure that her release is permanent.

Until Sotoudeh is given unconditional release, Khandan can only celebrate incremental gains. On Nov. 18, Iranian authorities extended her medical leave from prison by an additional three weeks. At home, both sick with coronavirus, they spend their days in separate rooms and speak to each other through their surgical masks. Having Nasrin out of jail feels like a weight has been lifted from Khandan’s shoulders, he says, but at the same time it’s as if they are in another kind of prison: “it’s like we’re hanging in the air.” 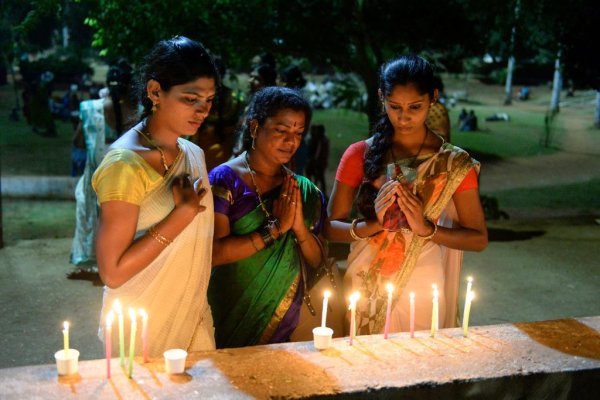