An Iranian political activist, detained in Qom Prison, died in his cell on Wednesday after a 60-day hunger strike.

Vahid Sayadi Nasiri was jailed in 2015 and sentenced to eight years after he was accused of insulting Supreme Leader Ayatollah Ali Khamenei and spreading “propaganda against the state” on his Facebook account, according to the advocacy group Iran Human Rights Monitor.

During his initial detention at Raja’i Shahr and Evin prisons, Iran Human Rights Monitor alleges that Sayadi Nasiri had been harassed by operatives linked to the Iranian regime. The group say he was attacked in May 2017 by a fellow prisoner, and again in February, this time by two offenders. Sayadi Nasiri was released in March having served two-and-a-half years of his sentence, but detained again in August 2018.

He began his hunger strike in October in protest at the conditions of his imprisonment and his lack of access to a lawyer. According to Elaheh Sayadi Nasiri, his sister, Sayadi Nasiri had also requested that he be transferred to Evin Prison, on the outskirts of Tehran. the political activist had argued that being locked up alongside regular criminals was a violation of Iran’s regulations on the principle of separation of crimes.

According to Human Rights Watch, a non-governmental group, authorities in Iran “routinely restrict detainees’ access to legal counsel.” The U.S. State Department advises potential travelers to the country that “Iranian authorities continue to unjustly detain and imprison U.S. citizens, including students, journalists, business travelers, and academics, on charges including espionage and posing a threat to national security.” 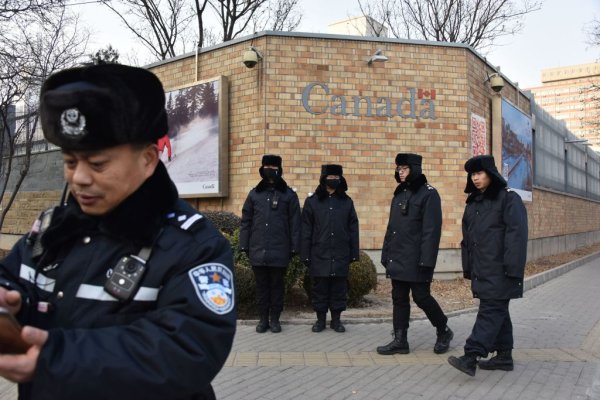 Second Canadian 'Missing' in China
Next Up: Editor's Pick