China's Cainiao Is Revolutionizing How Goods Get Delivered. Will the Rest of the World Follow Its Rules?

In this picture taken on November 6, 2020, an employee works in the warehouse of Cainiao Smart Logistics Network, the logistics affiliate of e-commerce giant Alibaba, in Wuxi, China's eastern Jiangsu province, ahead of Singles' Day, also known as the Double 11 shopping festival - the world's biggest shopping event - which falls on November 11.
Photo by HECTOR RETAMAL/AFP via Getty Images
By Charlie Campbell / Hangzhou

It might not be the slickest thing on four wheels, and it definitely won’t win any time trials, but Chinese logistics firm Cainiao’s new Xiao G delivery cart could be the future.

Every hour, the three-foot by five-foot automated vehicle picks up packages from Cainiao’s depot in Hangzhou—a city of 10 million people in China’s booming east—and tours a nearby neighborhood. Locals in pajamas pop down to meet the driverless cart at their nearest delivery point and type in a reference number. A door in the vehicle’s side flips open and the customer’s parcel can be retrieved. Xiao G heads onto the next stop, weaving ponderously through traffic via 360-degree sensors.

“It sends a message to customers after setting off and another when it arrives at a pick-up point so they know to come down,” says Cainiao engineer Long Fei. “Some models allow customers to drop off as well as pick up packages.”

In terms of innovations in logistics, Xiao G may not be as earth-shaking as the shipping container or the cargo jet. But it is the most visible aspect of a stealthy revolution powered by Cainiao, which was founded in 2014 and whose name means “rookie” in Chinese. The $10 billion subsidiary of e-commerce behemoth Alibaba says it is poised to transform worldwide trade.

How your purchases could be delivered in the future

The Xiao G is part of Cainiao’s plan to create a single ecosystem for all logistics firms across the world to plug into, allowing for the seamless transfer of goods between companies and jurisdictions. Just as myriad smartphone makers all operate on Google’s Android, Cainiao envisages thousands of independent logistics firms can operate within its system, sharing everything from labeling standards to customs information.

“What they’re doing is bigger than it appears to be,” says Jeffrey Towson, a private-equity investor and a professor of investment at Peking University in Beijing. “It might be the single most important thing happening in China’s digital space.”

Cainiao is far from a typical logistics firm, but is an open platform that allows for collaboration with 3,000 logistics partners and 3 million couriers—including the top 15 delivery firms inside China and 100 operating internationally. This enables merchants to choose the most cost- and time-efficient delivery option, based upon real-time data crunching of optimum firms and routes.

For consumers and manufacturers, this means a typical, 1 kg package can be sent anywhere in China within 24 hours for around 30 cents. The goal is to deliver it anywhere in the world within 72 hours for $3. (Currently, a DHL envelope under 0.5 kg from Shanghai to London costs around $100 and takes typically 5 days.) That stands to be a life-changing boon to coffee-growers in Peru, textile-weavers in Chad, medical instrument producers in Bangalore and everyone in between.

“We had to get all the CEOs of different delivery companies in a room to work out how to do this,” says Cainiao CEO Wan Lin, sitting in the firm’s Hangzhou headquarters, which is punctuated with gym equipment and pink bunting to celebrate the recent Singles Day shopping extravaganza. “Because the biggest barrier to globalization is logistics.”

By putting sensors in everything—along with cameras in every warehouse and GPS on every truck and package—Cainiao aims to digitize the logistics process from top to bottom.

In China, the implications are vast for the $1.94 trillion e-commerce sector, currently the world’s largest and three times the size of its U.S. counterpart. Some 64 billion parcels were sent last year domestically but current delivery networks are piecemeal, inefficient and wasteful. Wander any Chinese city or town and it’s common to see gangs of smoking delivery drivers sorting through heaps of crumpled packages on the street. Packaging is also obscenely wasteful: order a 0.1mm protective film for your smartphone screen and you could find it turning up in a shoebox-sized carton packed with air pillows and styrofoam.

So there’s enormous scope to boost profits, and safeguard the environment, though savings on fuel, packaging and unnecessary storage. E-shipping labels alone save over 400 billion pieces of paper and offset a billion kilograms of carbon emissions annually, according to Cainiao. And then there is the cost. “China will process 70 billion parcels this year,” says Wan. “What if you can shave just one cent off each one?”

Wan is used to thinking big. After earning a doctorate at the University of Texas at Austin, he spent nine years at Amazon, eventually working with Jeff Bezos as director of global logistics strategy. He says Seattle “still feels like home” and credits Bezos for instilling an ethos of “let’s raise the bar and exceed expectations.”

“Amazon taught me about customer-centric culture and capability,” says Wan. “Culture without capability is just a slogan on the wall.”

Being part of Alibaba means that every aspect of Cainiao’s process can be kept in-house. Say a merchant sells internationally on Alibaba’s e-commerce platform Taobao. Transactions can be processed by Alibaba’s payment arm Ant Financial and the goods delivered via Cainiao—all part of one corporate ecosystem. That enables computers to quickly check that every detail matches up—be it cost, vendor, or size and weight of goods dispatched—and feed this information to the necessary customs departments while flagging potential problems. When Cainiao’s charter planes leave the southern Chinese city of Shenzhen for Russia, for example, customs data is sent at take-off and by the time it has landed the cargo has already been cleared.

Read more: Why the U.S. Could Be the Big Loser in the Huge RCEP Trade Deal

While consumers and retailers aren’t limited to only using Taobao for orders, or Ant Financial for payment processing, the streamlined customs procedure that results from going closed-loop is a big incentive to do so—boosting shipping times, as well as Alibaba’s bottom line and China’s logistical clout.

The efficiencies are impressive, according to Wan. “When we first started doing cross-border delivery in 2014, a shipment could take one month,” he says. “Now for custom clearance, we process more than 20 million parcels in a single day.”

Cainiao’s capability was put to the test during the early days of the pandemic, when delivery routes had to be adjusted to avoid coronavirus hotspots, while ensuring that those same areas received the supplies they needed.

Back in January, Cainiao launched the “Green Channel” initiative to transport global medical aid to Wuhan, which was plunged into a bruising 76-day lockdown after COVID-19 was first identified in the city. Cainiao directed some 69 million medical relief items from 39 countries and regions to local medical institutions within a single day.

After China got a grip on the virus, the firm’s efforts turned outward, boosting flight charters from 260 to a whopping 1,260 to replace cargo capacity lost by slashed passenger services. It helped to deliver 250 million pieces of PPE to more than 150 countries and regions. By stress-testing Cainiao’s systems, the pandemic ended up spurring many of advances.

“COVID-19 made everyone realize how important the logistics infrastructure backbone is,” says Wan. “And it gave us a peek at what Cainiao should look like in three years.”

The new technology of parcel delivery

In the near-term, having a state-of-the-art logistics system gives Chinese manufacturers a competitive edge to offset rising wages in a rapidly developing society.

But it’s also a strategic advantage that chimes with Beijing’s China Standards 2035 plan to set global benchmarks for next-generation technologies like 5G, Artificial Intelligence (AI) and the Internet of Things (IoT). Although China has been making steady gains in this regard—contributing a significant number of protocol standards for 5G wireless networks, for example—Cainiao’s logistics endeavors may be the first time the world’s most populous nation writes truly global rules.

“It’s part of a strategic move to become a technology-driven country, where very good minds try to see what the future is going to look like and contribute to future industries,” says Prof. Dipak Chand Jain, the European president at the China Europe International Business School and formerly dean of Northwestern University’s Kellogg School of Management.

It remains to be seen what effect Cainiao will have on the U.S., where an estimated 95% of all e-commerce orders are delivered by Fedex, UPS or the U.S. Postal Service. German-owned DHL, meanwhile, boasts 39% of the global logistics market. Amazon, which until recently provided 10% of all UPS business, has also launched its own delivery arm including flights.

Yet while these companies operate competing services, Cainiao has the potential to outflank them because its platform can absorb any industry players that wish to be a part of it. The Chinese firm says it is already partnering with UPS and Fedex on warehousing and some business-to-business logistics. “Nowhere in Europe or the U.S. are they attempting anything remotely like this,” says Towson.

Read more: How China Could Emerge Even Stronger After COVID-19

It’s not just the prestige that comes with being an innovator. China also hankers after the geo-strategic clout that comes with it. “China wants to be in that same position as the U.S., where its technology becomes indispensable and used all over the world and it can dictate terms about who does and doesn’t get to use it,” says Mark Natkin, founder of Beijing-based IT research firm Marbridge Consulting.

And just as Google’s Android has millions of software engineers around the world creating products for it, so Cainiao’s system offers an incentive for builders of apps, logistics infrastructure—and the next generation Xiao G—to create products to that standard, knowing that they can be sold to any of the thousands of firms tied to it.

Ultimately, says Towson, the next stage is when smart learning gets injected into the global logistics architecture. “Will these robots move themselves? Will these trucks drive themselves?” asks Towson. “How smart is this system going to be?”

In China, it’s already common for robots to deliver food to restaurant tables, or serve as digital concierges in hotel lobbies. Now it’s the turn of the logistics industry to become a testing ground for advances previously only seen in comics and movies. “Yes, in some ways life is imitating art,” says Wan. “We are building that sci-fi future of technological marvels.” 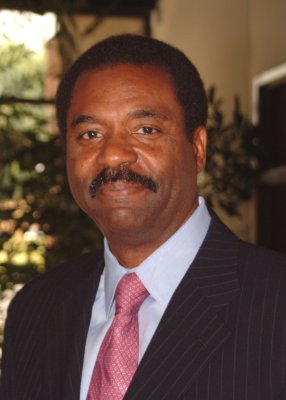