It feels like a long time since Gao Zhixiao could just walk out the door, hop on his scooter and plunge into traffic. Ever since the COVID-19 outbreak erupted in China, the delivery driver has to take a health test each morning and spend 20 minutes disinfecting his motorcycle and clothes to avoid spreading germs during his route around Beijing.

It’s one of the many ways life has changed for China’s estimated 3 million motorcycle delivery drivers, who have shouldered an enormous burden as millions hide away in their homes to avoid infection by the deadly virus, which has so far sickened over 173,000 and killed at least 6,660 across the globe.

As part of sweeping containment measures, offices, schools and factories across China have closed and many restaurants switched to “takeout only.” Instead, people order everything from toilet paper to piping hot noodles online and rely on drivers like Gao, who works for delivery giant Meituan, to bring goods to their homes.

Without these drivers putting themselves at risk, families would go hungry and the sick wouldn’t get vital supplies. “People choose to order food online or buy fruit and vegetables to cook at home,” Gao tells TIME. “So my orders have increased. Sometimes I will deliver a 100lb bag of flour, a sack of rice, or a barrel of oil.”

Whereas delivery drivers would once collect straight from restaurant kitchens and deliver to customers’ front doors, new regulations have curbed the level of permissible human contact. Drivers now pick up and deposit orders from special terminals outside commercial premises and housing blocks.

But such measures are not always possible and reducing human contact doesn’t lessen drivers’ sense of humanity. Gao once helped deliver insulin to an elderly diabetic woman, he says — first picking up her prescription, taking it to the hospital, and then returning with her life-saving drugs.

“After I gave her medicine, I stayed to talk to her,” he says. “Because I am also from a single-parent family, I understand what I means to be old and living alone. She said that she hadn’t eaten yet, because it was difficult to find food during the epidemic. So I made her instant noodles and two poached eggs, then took the trash out when I left.”

Even before the virus struck, online food delivery was a $65 billion market in China, serving more than 500 million customers. Other than Meituan, which alone boasts an average of 700,000 riders nationwide each day, other leading players include Ele.me and Baidu.

But delivery services are just one aspect of China’s vast e-commerce network that has stepped up during COVID-19 in response to what’s been dubbed the “quarantine economy.” Meituan has experienced a 400% spike in online grocery sales in some cities. Online retailer JD.com has also seen orders of kitchenware, baking products and home fitness equipment soar.

“It’s pretty impressive,” says Jeffrey Towson, a private-equity investor and a professor of business at Peking University in Beijing. “People are underestimating the learning curve that’s happening in China. The digital connectivity and the logistics network have really jumped into this breach.”

But human delivery drivers still play an indispensable part of these networks. Due to COVID-19 travel restrictions, some even enter the houses of people stuck far from home to feed their stranded pets. Gao once took a smartphone charger cord to a hospital where a COVID-19 patient was being treated, despite many other drivers refusing the job from fear of infection. He sympathized with how bored the patient would be without entertainment, he says.

Li Fengjie took things a few steps further. As a Meituan rider in the Hubei province capital of Wuhan, where the COVID-19 epidemic first erupted in late December, he knew that his services would be essential after the city of 11 million was locked down on Jan. 23. Li walked 30 miles to get to work after all public transport was halted.

“I felt a sense of responsibility because I manage a team of other riders, and some were still working in Wuhan, so I had to help them,” he says. “All the doctors and nurses are coming to Wuhan to help, so we, the riders, should also fight with them on the frontline.”

It’s a remarkable sense of commitment for what was previously a rather maligned progression, infamous for crushing workloads, negotiating snarled traffic in driving rain and bone-shattering accidents. Riders typically make only 70 cents per delivery with steep penalties for being late or if a customer complains.

Still, those that work efficiently and put in long hours enjoy decent salaries — often higher than recent IT graduates — and the COVID-19 outbreaks have seen drivers’ status rise. Meituan says tips given to drivers by customers have tripled since the outbreak. “Stuck in my house, I’m feel really desperate, but seeing delivery riders outside my window gives me some hope,” wrote one user on China’s Twitter-like microblog Weibo recently.

Official recognition has not been far behind. On Feb. 25, China’s Ministry of Human Resources and Social Security added food delivery riders to its official national occupation list (alongside 15 other newly popular professions.) It’s the first revision to the list since 2015 and should mean better training, working conditions, job opportunities and career development for riders in the future.

Few would argue this small step hasn’t been earned. “To be honest, I feel anxious and worried every day,” says Gao. “If I have a sudden cough or dizziness, I immediately think that I might catch the disease, because I reach and serve so many people every day. But knowing that I also help others—this is my biggest joy.” 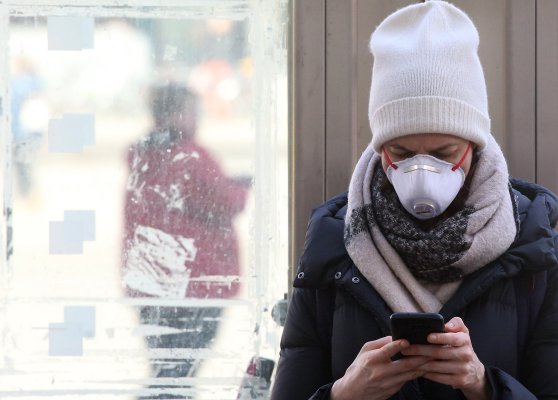 How to Spot Coronavirus Misinformation
Next Up: Editor's Pick