Biden Faces a World That Will Be Wary of U.S. Leadership

Joe Biden listens to an attendee at an election forum event in Columbia, S.C. on June 22, 2019
Logan Cyrus—AFP/Getty Images
Ideas
By Ian Bremmer
Bremmer is a foreign affairs columnist and editor-at-large at TIME. He is the president of Eurasia Group, a political-risk consultancy, and GZERO Media, a company dedicated to providing intelligent and engaging coverage of international affairs. He teaches applied geopolitics at Columbia University’s School of International and Public Affairs and his most recent book is Us vs. Them: The Failure of Globalism.

For four years, Donald J. Trump has kept both U.S. foes and allies off-balance with his “America first” approach to global politics. For a world that had grown accustomed to the U.S. as rule-maker rather than rule-breaker of the international order, Trump’s embrace of “What have you done for us lately?” international relations was understandably jarring. But it also served to open up new frontiers in U.S. foreign policy. Only someone with Trump’s disregard for protocol could have engaged the North Koreans as quickly as he did; only someone with Trump’s willingness to bring military and economic power quickly to bear could so quickly reshape the power balance of the Middle East in Israel’s—and, by extension, the U.S.’s—favor.

There’s an argument to be made for employing Trump’s approach—unilateral, tactical, and much more likely to use U.S. power in short and limited durations—in our increasingly “G-Zero” world, one lacking in global leadership. In such a dysfunctional world, securing gains whenever you can get them and moving on to the next challenge hold appeal. Trump will leave office on Jan. 20 with more foreign policy wins than his critics will want to give him credit for precisely because of this approach. He will also leave office having failed to fundamentally address critical long-term challenges facing the U.S., such as the rise of China and the enduring threat of climate change.

President-elect Joe Biden’s return to Washington also marks a return to more traditional foreign policy, one that lines up with Biden’s own personal orientation: multi-lateral, strategic and much more hesitant to use U.S. military power when push comes to shove, even when the U.S. holds the asymmetrical advantage. For challenges like climate and China—multifaceted, complex, with spillover across all sectors of society—a concerted effort among like-minded allies is needed, making the consensus-building Biden a U.S. President better suited to lead the charge. But that hesitancy to use U.S. power means that the U.S. is unlikely to reap the same type of short-term rewards it did under Trump; it’s also worth noting that there’s never been a more difficult time since the end of World War II to be an avowed multilateralist.

Not that it is all bad news for Biden on the international front; following Trump as President means that Biden gets to continue drawing down U.S. troops in Afghanistan and Iraq with minimal political blowback at home. It also means he can continue pushing China with more sanctions, all while couching his actions in more traditional diplomatic speak and bringing U.S. allies on board in the process. That return to diplomatic normalcy alone will yield dividends for Biden—expect to hear from dozens of supportive allies in coming months as a Biden-led US reaffirms its commitments to the U.N., NATO, the Paris Agreement and the World Health Organization.

But when it comes to the big global issues, Biden is about to discover firsthand that he is dealing with the same world Trump is—one in which the appetite for global cooperation is limited. That was fine for Trump, because he was never inclined to go that route in any case, relying on U.S. military and economic might to power through his preferred outcomes. But for a President Biden who values international coordination and cooperation, that poses a unique and existential challenge. He now gets four years to figure it out. 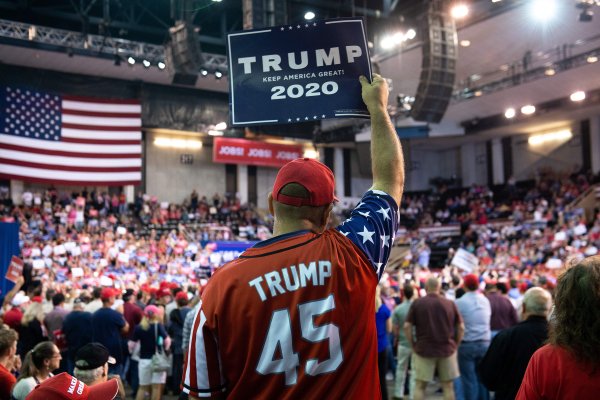 Call Out Karen, But Don’t Forget About Kevin. They Chose Trump Twice.
Next Up: Editor's Pick