America Had a Reckoning on Race This Year. The Election Showed How Little Has Changed

A projector is set up at a George Floyd memorial in Minneapolis for the community to watch election results
Patience Zalanga for TIME
Ideas
By Justin Worland
Justin Worland is a Washington D.C.-based senior correspondent for TIME covering climate change and the intersection of policy, politics and society.

In the weeks before the Nov. 3 election, as polling suggested that former Vice President Joe Biden might stand on the precipice of a landslide victory, many who had spent the past four years fighting President Donald Trump took solace in a silver lining: Trump, with his egregious behavior and his penchant for saying the quiet part out loud, had removed a bandage that in recent decades has hidden America’s deepest defects on race. In doing so, many of his opponents believed, he had presented us with a once-in-a-generation opportunity to fix them.

But election night brought a shock, if not a surprise, for those eager for the country to turn over a new leaf. While Biden remains favored to collect enough electoral votes to win and become the next President, the striking reality of the small gap between the two contenders left many despondent and fearful. This was not the total repudiation of Trump and Trumpism that so many had hoped for. Instead, in some quarters, it amounted to an embrace, with Trump actually increasing the total number of votes he’d received in 2016. Trump removed the gauze, but rather than healing the wound, we may now be watching it fester.

It’s no surprise that many Americans are only now catching on to this country’s long history of systemic racism. In history class, most Americans learn of the past horrors of slavery and Jim Crow, but the line isn’t always drawn to the present. When it is, it’s often presented as a long arc of progress, one that “bends toward justice,” as famously described by Martin Luther King Jr. and often repeated in political rhetoric, most famously by President Barack Obama. But the reality is that race–and racism–continues to profoundly shape American life.

Four years of Trump have accelerated the learning. The COVID-19 pandemic–which has killed people of color at higher rates than their white counterparts–has exposed the health disparities that divide this country. His campaign for “law and order” has only inflamed tensions and further highlighted the mistreatment that many Black Americans are likely to face at the hands of law enforcement. He attempted to schedule a rally on Juneteenth in Tulsa, Okla., the site of a 1921 massacre of Black people, inadvertently bringing attention to both the history of violence against Black Americans and the Juneteenth holiday, which celebrates the freeing of the enslaved. And that was just this year.

Some white Americans have reacted with outrage to this newfound understanding, joining Black Lives Matter rallies and reckoning with race in the workplace, at school and with friends. The marches this summer that captured the nation’s attention, occurring in small towns and metropolises alike, are thought to be the largest mass demonstration in American history, collectively drawing nearly 9% of the country to the streets, according to data-science firm Civis Analytics.

And yet nothing really changed. Gridlock in Washington stymied even modest reform efforts. Trump doubled down, using the unrest to stoke his base’s fears of social unrest and crime with a seemingly endless stream of shock-and-awe television ads and dramatic rhetoric in his speeches. By the end of the summer, the marches still continued, but their strength–and, most important, their resonance with the larger American public–had started to fade. Why that happened and what can be done about it will be the work of the months to come.

When it came time to vote, tens of millions of Americans evidently shrugged off the racism. Many say they don’t like Trump’s handling of race but prefer his approach to the economy. That makes sense: sacrificing the welfare of a minority group for economic prosperity may not be uniquely American, but it is a part of the American DNA. For some others, Trump’s stoking of racial hostilities has been more a feature of his presidency than a bug. At Trump’s rallies, adoring crowds repeated and amplified the President, whether it was his reference to COVID-19 as “Kung flu” or adopting a chant of “Send her back” in reference to Ilhan Omar, a member of Congress born in Somalia.

For centuries, political leaders in the U.S. have used race as a cudgel to shore up support from white Americans, particularly those for whom racial hierarchy afforded a sense of status they otherwise lacked. White Southerners supported slavery–going as far as fighting and dying over it in the Civil War–even though most of them could not afford to own a slave. They did so because it gave them a higher social status. In the 1960s Richard Nixon used the infamous Southern strategy, which created the current electoral map, to stir up fear of Black empowerment and persuade white Southerners to vote for him.

These are Trump’s strategic predecessors. Immersed in data, his campaign built an engagement strategy around speaking to his largely unwavering base and motivating new, largely white voters sold on Trump’s personality and showmanship and his message of grievance. Not relying similarly on data, Trump still effectively channels his campaign’s messaging with constantly calibrated applause lines to test what energizes his audience. Trump’s fanning the flames of racial resentment tells us a lot about who he is; his crowd’s roaring response tells us more about where we are as a nation.

Biden is deeply aware of this fissure. He ran on healing it, and exit polls show he won over voters concerned about racial justice. Betting that most Americans believe in equality and justice, among other democratic values, Biden referred to his campaign as a “battle for the soul of the nation.” With more than 70 million votes received and counting, Biden may be favored to win the election, but to uproot the forces that perpetuate the deeply entrenched racism in this country, it’ll take more than maybe half the country. 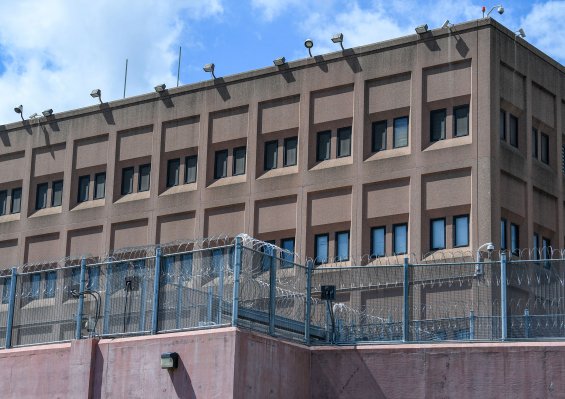