'She Went Back With Me.' Ilhan Omar Trolls Trump by Posing With Pelosi in Ghana

Congresswoman Ilhan Omar responded Thursday to “send her back” chants that erupted at one of President Donald Trump’s rallies by posting a photo of herself and Speaker Nancy Pelosi on a visit to Africa.

“They said ‘send her back’ but Speaker [Pelosi] didn’t just make arrangement to send me back, she went back with me,” Omar wrote in her Instagram and Twitter posts.

The pair are visiting Ghana as part of a Congressional trip to the African continent this week to commemorate the American slave trade’s 400th anniversary.

Last month, the President sparked outrage by firing off a series of racist Tweets in which he told four Congresswomen of color to “go back” to “the totally broken and crime infested places from which they came.” He added that he was sure that Speaker Nancy Pelosi “would be very happy to quickly work out free travel arrangements!”

The Congresswomen he attacked — Alexandria Ocasio-Cortez, Rashida Tlaib, Illhan Omar and Ayanna Pressley — are all American citizens. Omar was born in Somalia, but moved to the U.S. with her family when she was a child to flee the country’s civil war. The three other women were born in the U.S.

Trump’s comments have inflamed racial tensions. Just days after his tweets, a crowd at a Trump rally in North Carolina chanted “send her back!” when Omar was mentioned.

Trump insisted that his Tweets about the Congresswomen were not racist, but the House voted to officially condemn his remarks. The condemnation doesn’t seem to have deterred Trump, who drew further ire this week for Tweets denigrating the city of Baltimore. 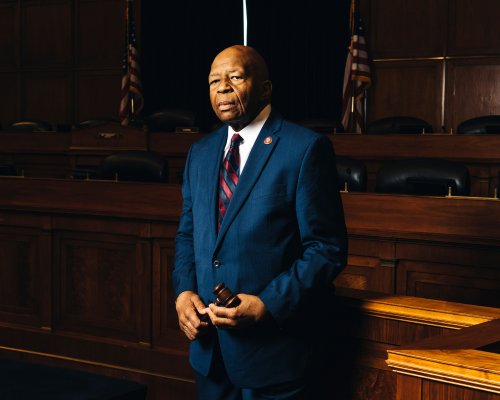 Trump's Cummings Attacks Come Amid Investigations
Next Up: Editor's Pick